San Diego County reports that it only receives one day’s notice before a shipment arrives, which makes it difficult to predict how many doses to expect. 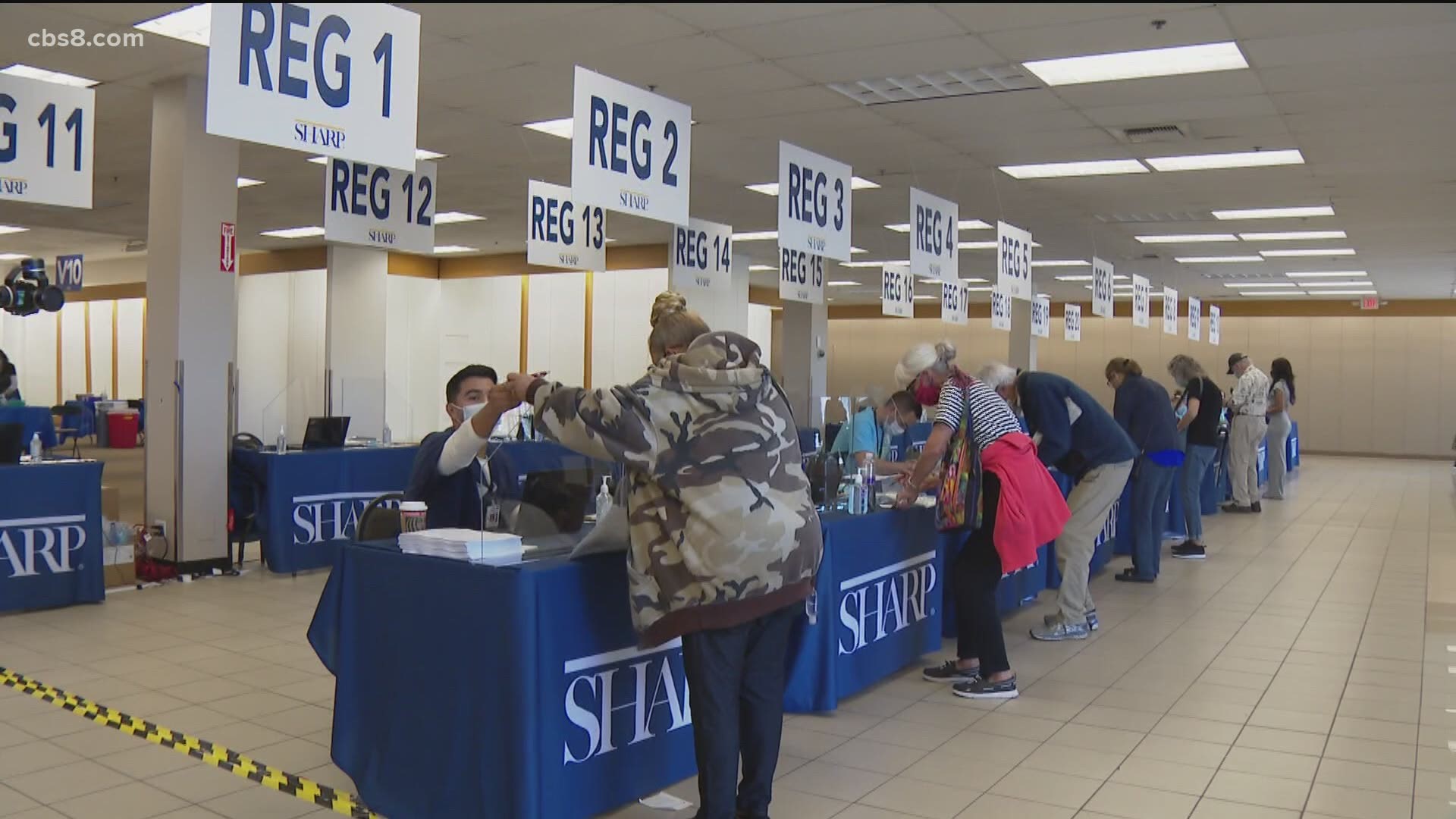 SAN DIEGO — San Diego County expects to meet and may exceed its goal of distributing 250,000 coronavirus doses in January. The distribution has been hampered by erratic shipments and a sluggish appointment system that has drawn ire from seniors who were recently allowed to receive the vaccine.

“Our goal is to have the capacity, as a county entity, in partnership with others, to do 25,000 vaccines per day, every day and we continue to build toward that very ambitious goal,” said Supervisor Nathan Fletcher.

The county said it only receives one day’s notice before a shipment arrives, which makes it difficult to predict how many doses to expect and how many appointments it can open. Healthcare systems have also reported difficulty getting predictable shipments.

“We do hope that the speed and frequency that we get vaccines will be increased and there is some hope that there’s just some certainty. If we had some reasonable schedule that you’ll get this many on this many days in the future, then it’s much easier to plan accordingly. We tend to live in a boom-bust cycle where we’re concerned we may have to shut down pods or super stations because we’re concerned we’re going to run out and then we get a large shipment,” said Fletcher.

The county opened a new “super” vaccination site in Chula Vista Thursday. Two additional super stations in north and east county are expected to open by Feb. 1 along with 16 “pods”.

County sites are vaccinating seniors 75 and older while health systems may vaccinate seniors 65 and older if they have enough supply. All operate by appointment only.  Many seniors have complained about glitches and delays with various appointment systems. Fletcher said the state is working on a single website source for vaccination sites, which is expected to help.

“We are seeing pretty much every appointment filled, so we know people are able to work through there, so it hasn’t been a hurdle that has impeded our ability to administer the vaccines, but we want to make it as user-friendly as possible,” said Fletcher.

The county also released a vaccine dashboard, which publicly details demographics about who is receiving the doses and where they live. It showed white residents received 44.5% of the doses and more than a quarter of recipients live in the county’s north-central communities. Coronavirus cases have been most prevalent in the South Bay and Hispanic or Latino residents represent 56.8% of cases. 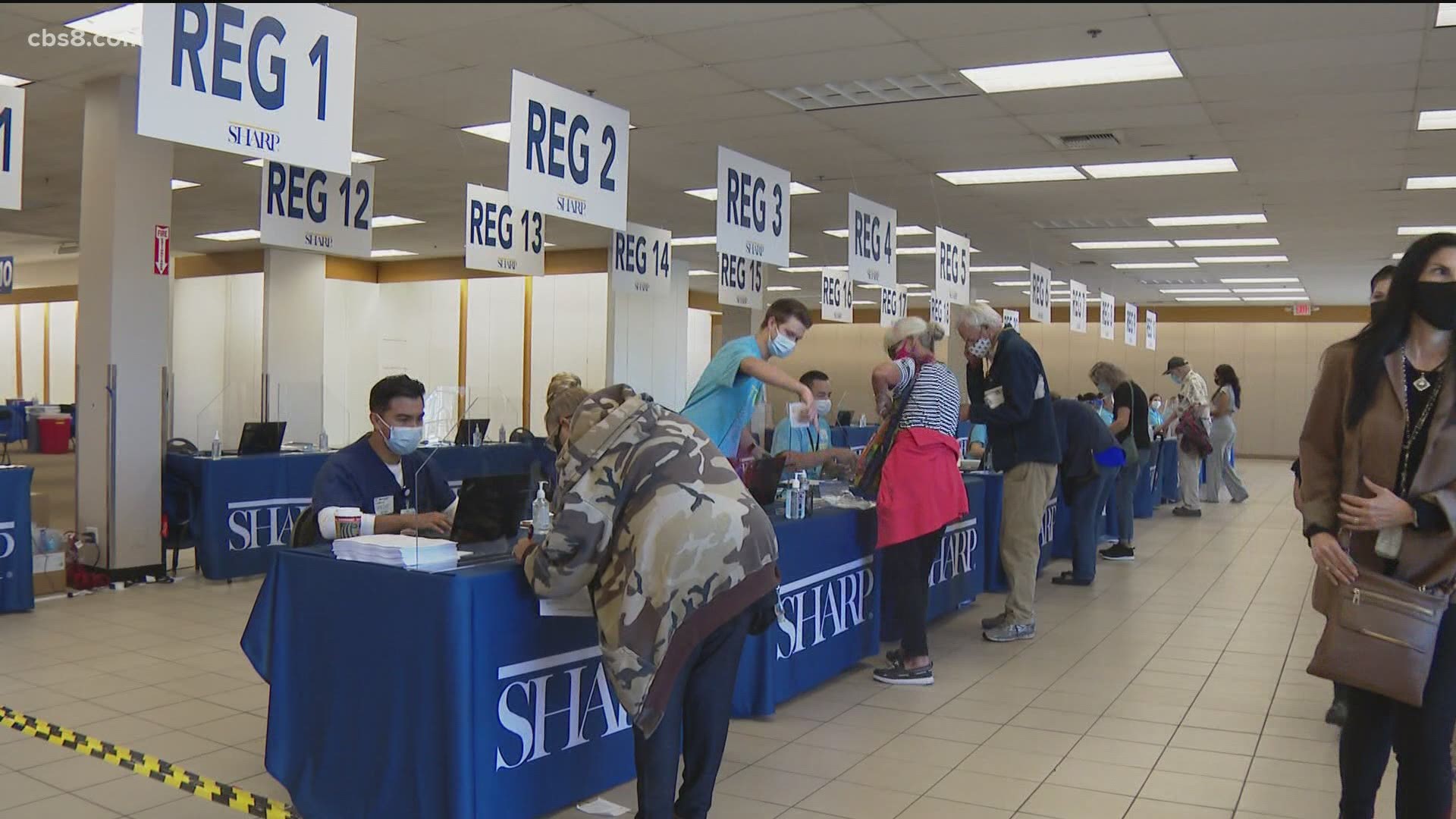 RELATED: San Diego County expands COVID-19 vaccine eligibility to include ages 75 and up

RELATED: Vaccines now available for 65+ patients at Scripps Health in San Diego | Answers to your questions