News 8 is hearing from some people who say even if you have an appointment, they're waiting hours to get their shots. 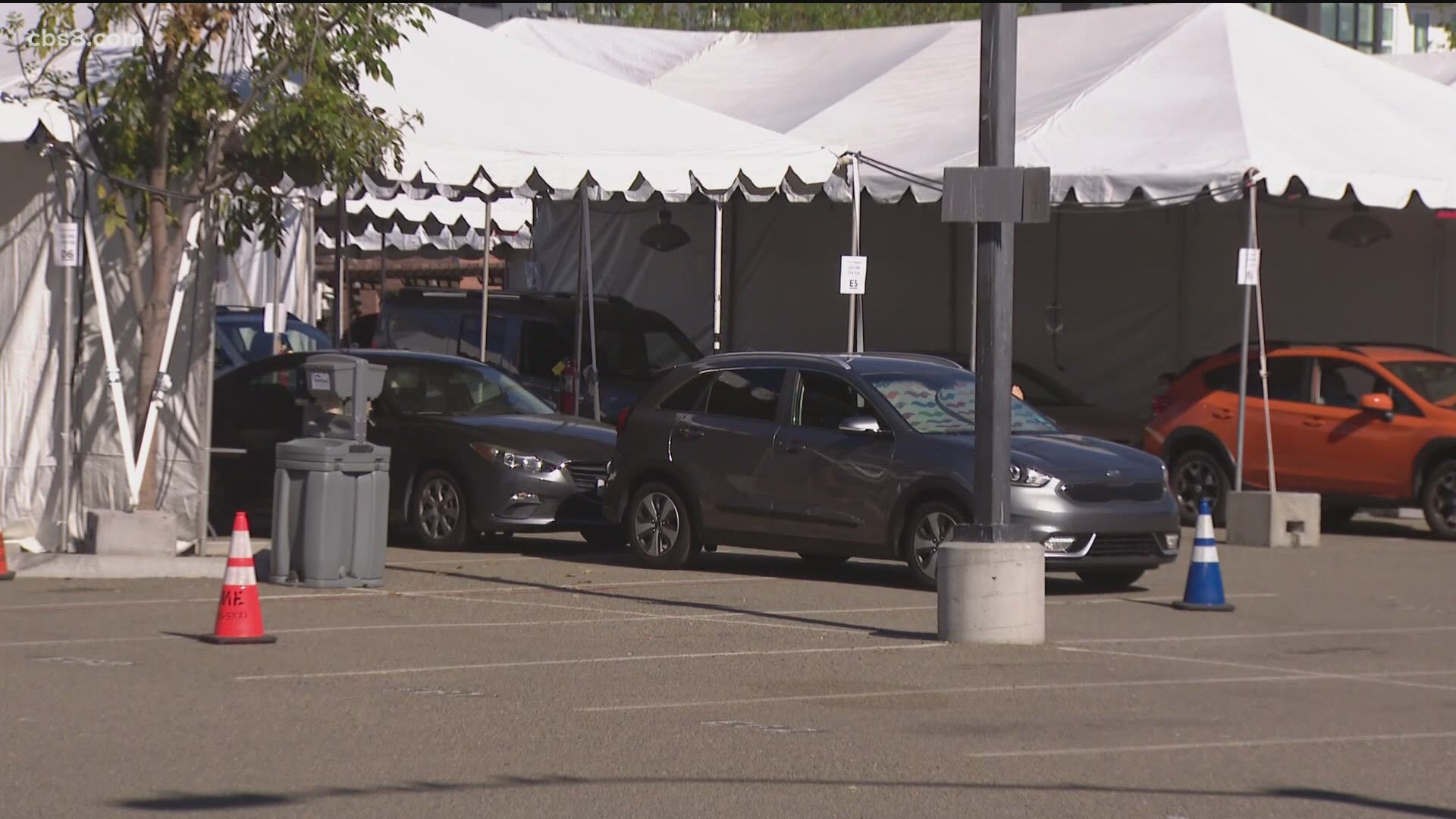 SAN DIEGO — San Diego County officials are celebrating a huge milestone. They've administered 400,000 COVID-19 vaccines to residents. However, despite the progress being made, News 8 is hearing from some people who say even if you have an appointment, they're waiting hours to get their shots.

"They need to take a load of patience with them." That's Mayre Jo Millard's advice to anyone heading down to the vaccine super station outside Petco Park, following her experience there this past Wednesday. She had a 3:30 p.m. appointment and we asked her: what time did you get your vaccine? She said it was nearly 8:00 p.m.

The 80-year-old and her 82-year-old husband Carl knew about the potential for traffic, so they left their Lakeside home at 1:45 p.m., never anticipating they'd be waiting in their car for more than five hours.

“We went the 94 and when we pulled off there was a line of cars. We stayed in the line and barely moved," said Mayre Jo.

After having tried for weeks to get an appointment, Mayre Jo decided to wait it out. Thankfully, her grandson was driving or she says she may have not made it in due to health issues.

“I have some damaged nerves in my legs and my feet were numb and I couldn't move my legs," explained Mayre Jo.

Others have shared similar experiences. On Next Door, one woman said her family members went to the same site Wednesday, but that two of them turned around after waiting for two hours. Long waits have also been reported at other locations.

On the other hand, we've also heard the opposite. Friday morning, Mayor Todd Gloria tweeted about his parents visiting the Petco site saying: "They got a 7a.m. appointment via the website and they're already home."

“Everyday, 15-30 folks reach out saying it was so well run. I was in, I was out, it was very professional," said Fletcher.

Still, he acknowledges some glitches, saying one contributing factor is people showing up who don't have an appointment.

“A huge part of the traffic problem has been people just showing up thinking I can talk my way in or convince them and we really need you to go through the appointment system," continued Fletcher.

Fletcher says they're constantly looking for ways to improve not just Petco, but all county sites.

To avoid a long wait, some have suggested scheduling an appointment in the morning. There's also the option to park and walk in at Petco, which is often faster.

As for Mayre Jo, despite the wait, she feels relieved, saying, “done and over with. I'm so glad.”

She's also grateful to those volunteering their time to administer the vaccine.

“It's hard on them too. They're there all day doing this you know….and we should just be thankful to them for doing that.”

One thing Mayre Jo says people need to keep in mind - there's no restrooms, so prepare for that. However, she says do not let this deter you from getting the vaccine.

Healthcare workers and those 65 and up are eligible. 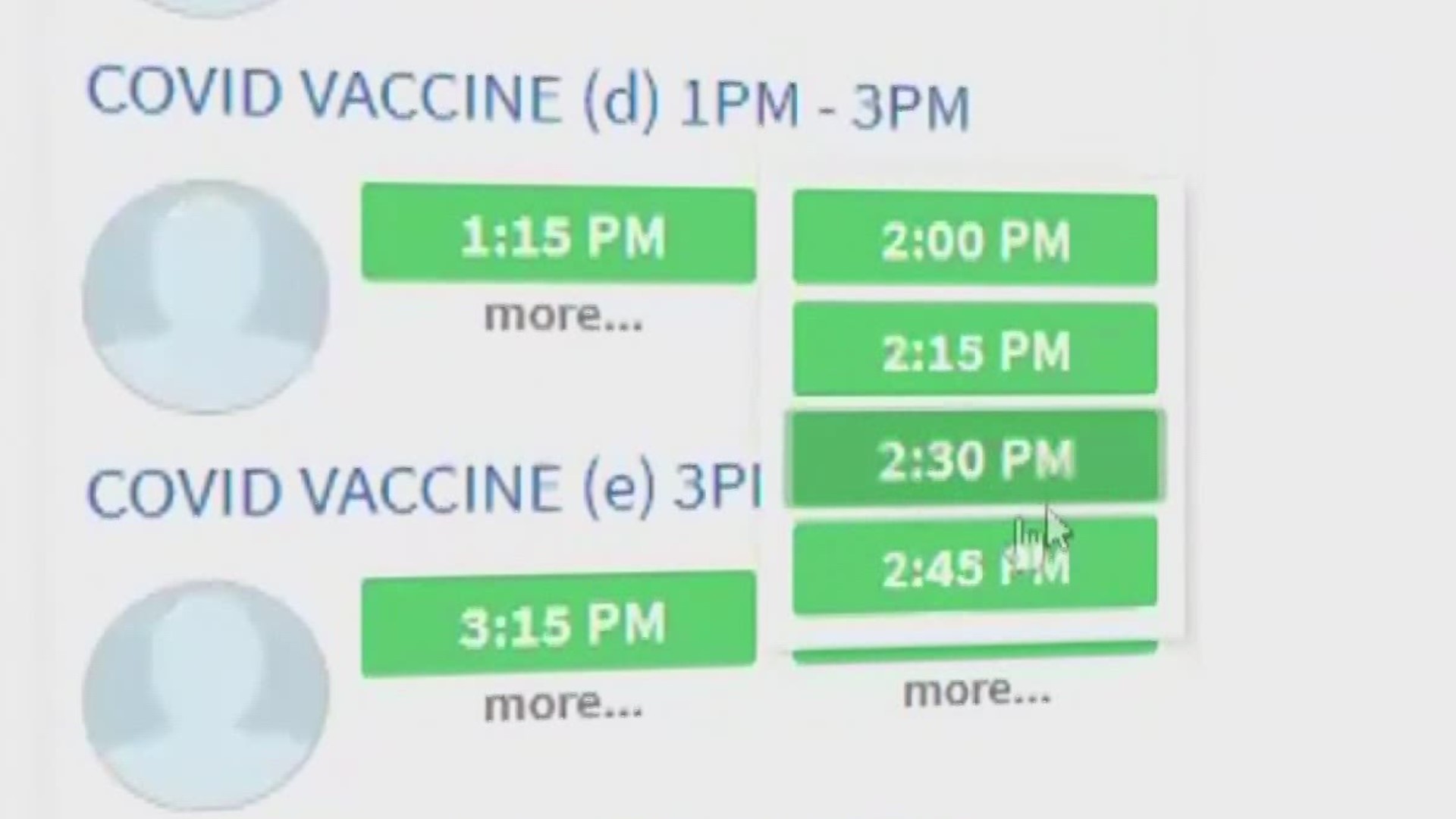 RELATED: Here's how San Diego residents can register to get a COVID-19 vaccine