Snow, ice, low visibility, high winds and low temperatures are all playing a part in slowing down the arrival of the vaccine to San Diego County. 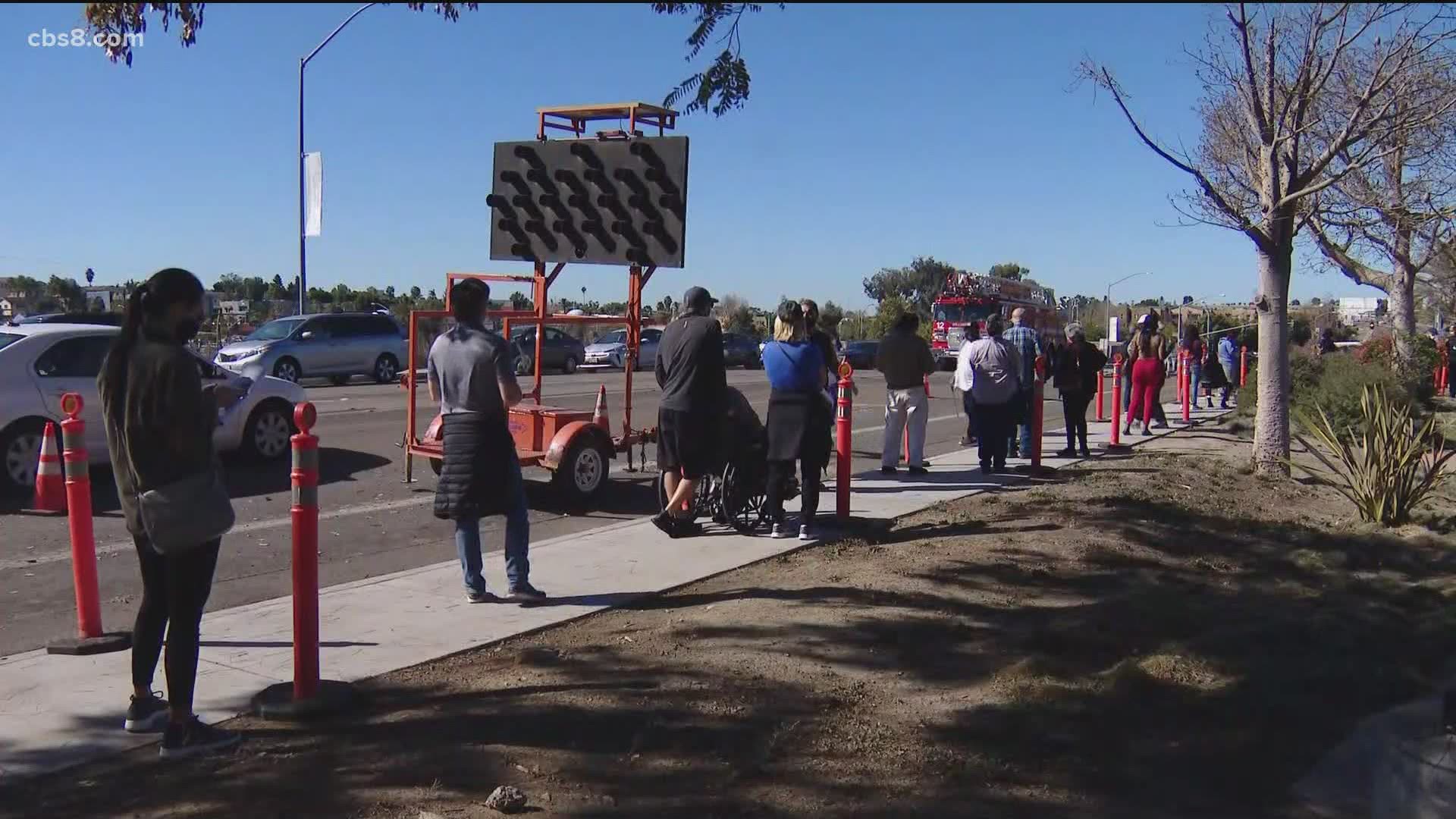 SAN DIEGO COUNTY, Calif — Vaccine shipment delays are once again hitting San Diego County. On Thursday, the Balboa Municipal Gym vaccination site will be closed due to a lack of doses. San Diego Fire-Rescue said that all appointments at the location have been canceled. Once more doses for the coronavirus vaccine arrive the appointments will be rescheduled.

Powerful winter storms across much of the United States are causing the delay in shipment of the vaccine. Snow, ice, low visibility, high winds and low temperatures are all playing a part in slowing down the arrival of the vaccine to San Diego County.

County Supervisor Nathan Fletcher said during Wednesday’s weekly COVID-19 update that vaccine doses from Pfizer and Moderna are being held up due to the winter storm. "The routes from there to here, have been impacted by the snow and the winter weather conditions we’re seeing throughout the country,” Fletcher said. "A supply chain issue with vaccines last weekend has been resolved but it shows how thin the margins are for delays and mistakes in the system," said Fletcher.

The county says anyone who had an appointment canceled will receive an email letting them know. They added that once the vaccines arrive, they will receive a second email explaining how to reschedule the appointment.

The county now has five vaccine super stations and 15 smaller
neighborhood distribution sites according to the county Health and Human
Services Agency. Despite the supply-chain problems, Fletcher said the county
has allocated its vaccines efficiently enough that he believes teachers, food
and agriculture workers and law enforcement officers will be able to begin
receiving vaccines as soon as the first week of March.

Additionally, the HHSA anticipates it will complete vaccinations in
the county's skilled nursing facilities this week, freeing up mobile teams to
provide more shots around the county. In total, around 17.6% of the county's
population over the age of 16 have received at least one dose of the vaccine
and 5% are fully inoculated.