The detainee had been held at the Otay Mesa Detention Center in San Diego and hospitalized since late April. 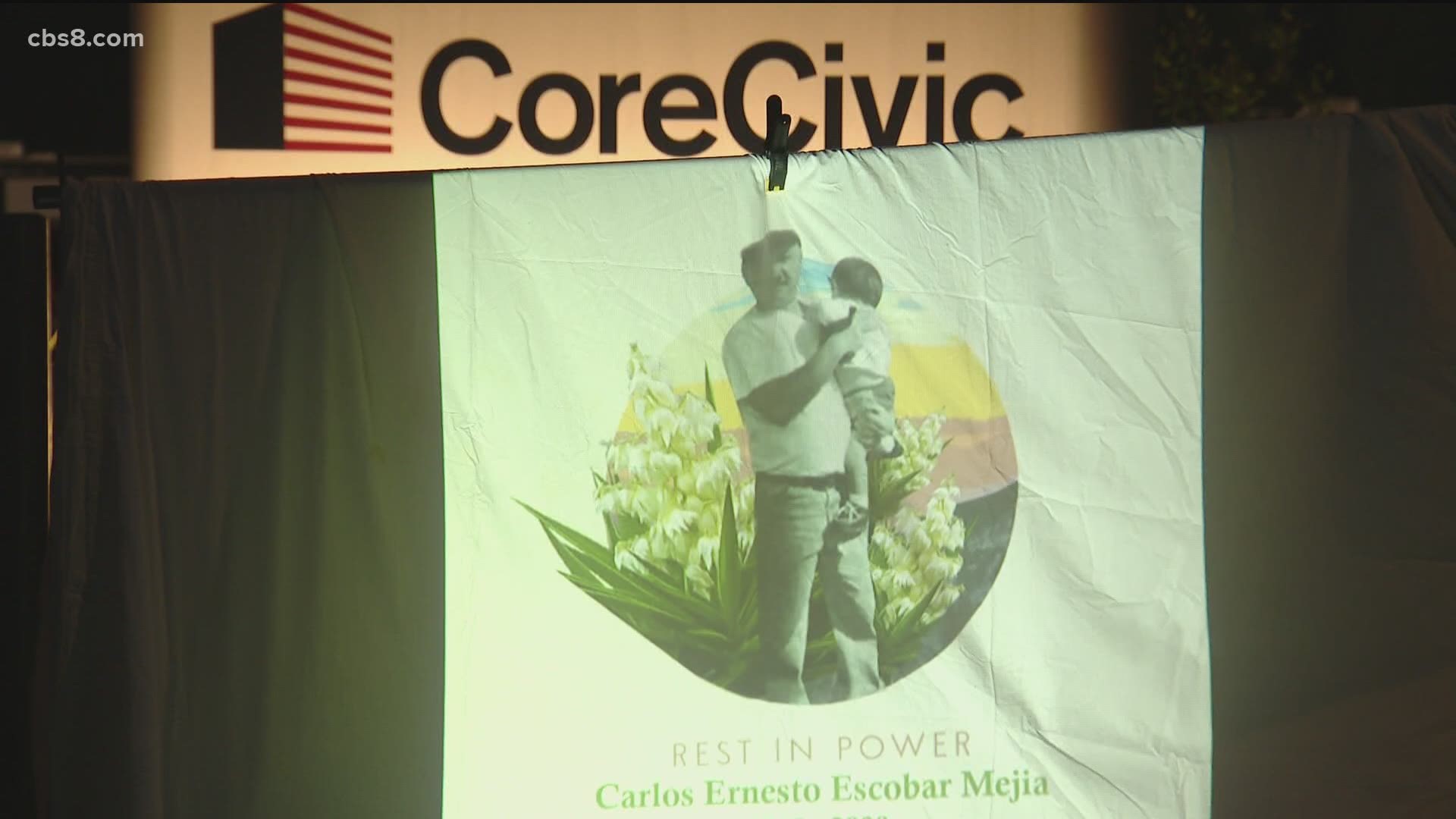 SAN DIEGO — A vigil was held by community members Saturday evening at the Otay Mesa Detention Center in honor of Carlos Ernesto Escobar, a 57-year-old man from El Salvador, who died Wednesday at the OMDC in San Diego.

Escobar had been held at the OMDC and hospitalized since late April, said Craig Sturak, a spokesman for the San Diego County Health & Human Services Agency.

The OMDC was holding 132 of the 705 U.S. Immigration and Customs Enforcement detainees who have tested positive for COVID-19, the disease caused by the coronavirus.

According to a representative for his family, Escobar was diabetic and was placed on a ventilator after contracting the virus in detention.

ICE says it has released more than 900 people considered to be at risk. In a statement, the agency said it has staggered meal and recreation times to increase social distancing and isolated people exposed to someone who was infected as well as those newly detained.

Last month, senators Kamala Harris and Dianne Feinstein called for an investigation into the treatment of detainees at the detention center, which had seen the largest number of COVID-19 cases among the country's Immigration and Customs Enforcement facilities at the time.

Katie Shepherd, a lawyer at the American Immigration Council, said Escobar’s death was avoidable and blamed ICE for “a senseless waste of human life.” Shepherd called on ICE to hasten the release of people in its custody and provide more personal protective equipment to detainees.

“We knew it was going to happen. It was just a matter of when,” Shepherd said. “But I am afraid about how many more deaths will happen.”

Detainees at Otay Mesa have reported being denied masks unless they sign a waiver that prevents them from holding private prison operator CoreCivic responsible if they catch the virus. A CoreCivic spokeswoman denied that masks have been withheld, but said the original form requiring a signature was withdrawn.