Thousands of election workers in Wisconsin stepped down fearing for their safety and the state's largest city had just 5 of 180 traditional polling places opened up. 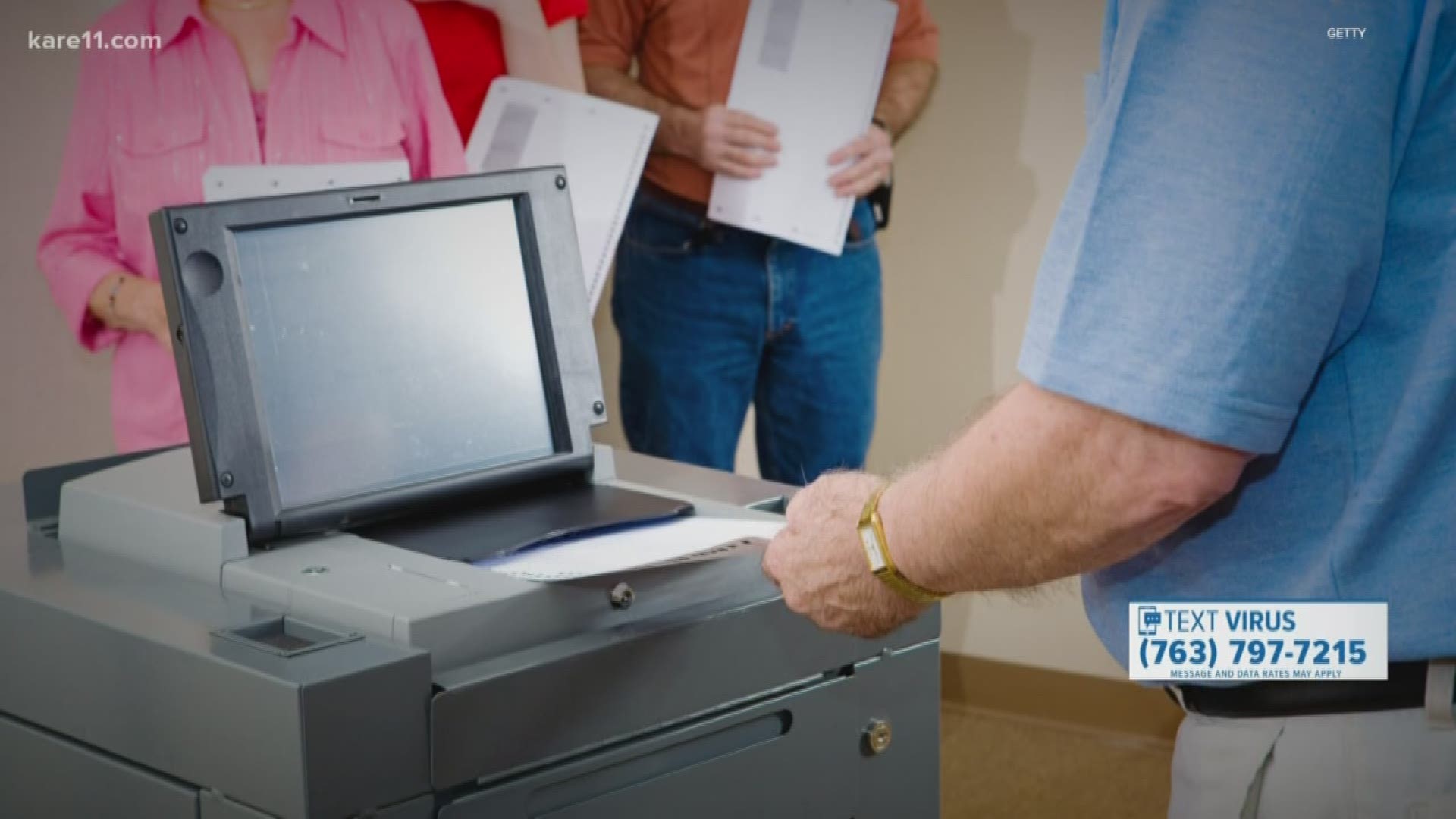 MADISON, Wisconsin — New numbers Tuesday night from the Wisconsin Elections Commission showed voters returned at least three-quarters of the absentee ballots they requested in time for them to count in the state’s spring election and more could be in the mail.

Voters had until 8 p.m. Tuesday to drop absentee ballots off at the polls. Clerks also will accept any ballots postmarked Tuesday that they receive through the mail until April 13, which means clerks could be getting more ballots in the mail in the coming days.

Voters lined up to cast ballots across Wisconsin on Tuesday, ignoring a stay-at-home order in the midst of a pandemic to participate in the state's presidential primary election.

The lines were particularly long in Milwaukee, the state's largest city and a Democratic stronghold, where just five of 180 traditional polling places were open. Many voters across the state did not have facial coverings in line with public health recommendations. The National Guard — and some Republican officials who resisted efforts to postpone the election — were forced to help run voting sites after thousands of election workers stepped down fearing for their safety.

Polls were scheduled to close at 8 p.m. CDT, although results were not expected Tuesday night. In the wake of a legal battle over whether to conduct the election as scheduled, a court ruling appeared to prevent results from being made public earlier than April 13.

The Election Day chaos that loomed over Wisconsin, a premiere general-election battleground, underscored the lengths to which the coronavirus outbreak has upended politics as Democrats seek a nominee to take on President Donald Trump this fall. As the first state to host a presidential primary contest in three weeks, Wisconsin becomes a test case for dozens of states struggling to balance public health concerns with voting rights in the turbulent 2020 election season.

Joe Biden hopes the state will help deliver a knockout blow against Bernie Sanders in the nomination fight, but the winner of Tuesday's contest may be less significant than Wisconsin's decision to allow voting at all. Its ability to host an election under the lash of a growing pandemic could have significant implications for upcoming primaries and even the fall general election.

“This is a warning sign for November and a problem that states need to take all steps to avoid," said Wendy Weiser, director of the Brennan Center for Justice's democracy program. “Americans should not have to choose between their health and their right to vote.”

RELATED: 'No model is perfect': A look at how coronavirus projections are made

In an overnight tweet, Trump encouraged people to vote. That followed an earlier tweet in which the president urged those going to the polls to “be safe.”

“Wisconsin voters are pretty determined," Hitt said, noting that Wisconsin residents are still going to the grocery store, the liquor store and even boating stores classified as essential businesses. “I can't really think of something more essential than voting.”

Hitt said he would be among those voting in person on Tuesday, even though he did not have a mask to cover his nose and mouth. On Friday, Trump said a Centers for Disease Control and Prevention recommendation that all Americans wear masks if they leave their homes was “voluntary.”

“I don’t have one. I’m sure most of Wisconsinites don’t have masks,” Hitt said. “This isn't New York City.”

On the eve of the election, it was unclear whether in-person voting would happen at all.

Wisconsin Gov. Tony Evers issued an executive order Monday afternoon to postpone the election. Less than four hours later, the state Supreme Court sided with Republicans who said Evers didn’t have the authority to reschedule the race on his own.

Evers himself had questioned whether he had the power to reschedule the election, but said the worsening situation, including an increase in COVID-19 deaths, made clear there was no way to safely move forward. The first-term Democrat said he sought the delay because he was motivated by protecting public health, not politics.

Wisconsin voters, Evers said, are “scared of going to the polls.”

With the U.S. Supreme Court decision, voters found no extra time for absentee voting. The court said absentee ballots must be hand-delivered by Tuesday evening or postmarked by Tuesday, although they can arrive at clerks’ offices as late as April 13. Wisconsin election officials said the high court’s order left intact a provision of the lower-court order that no returns be reported until that day.

In response to the decisions by the Republican legislature and the state Supreme Court, Sanders called holding the election amid the virus outbreak “dangerous” and “may very well prove deadly.” The Sanders campaign will not engage in traditional get-out-the-vote efforts, he said.

Meanwhile, more than 2,500 National Guard troops were dispatched to staff the polls, where they helped perform the normal functions of poll workers while also distributing hand sanitizer. They were joined by Republican state officials, including the state Assembly speaker, who was among the fill-in elections officials wearing masks, gloves and what appeared to be surgical scrubs shortly after polls opened.

In Madison, city workers also erected Plexiglas barriers to protect poll workers, and voters were encouraged to bring their own pens to mark the ballots.

Kat Devlin, a magazine editor who works from her home in Milwaukee, applied for an absentee ballot during the third week in March but never received it. The state should have postponed the election, she said.

“It’s just dangerous to have so many people going to the polls,” she said.