A medical director with San Diego County Health and Human Services, explains how the investigation unfolded leading up to when the public was alerted last Friday. 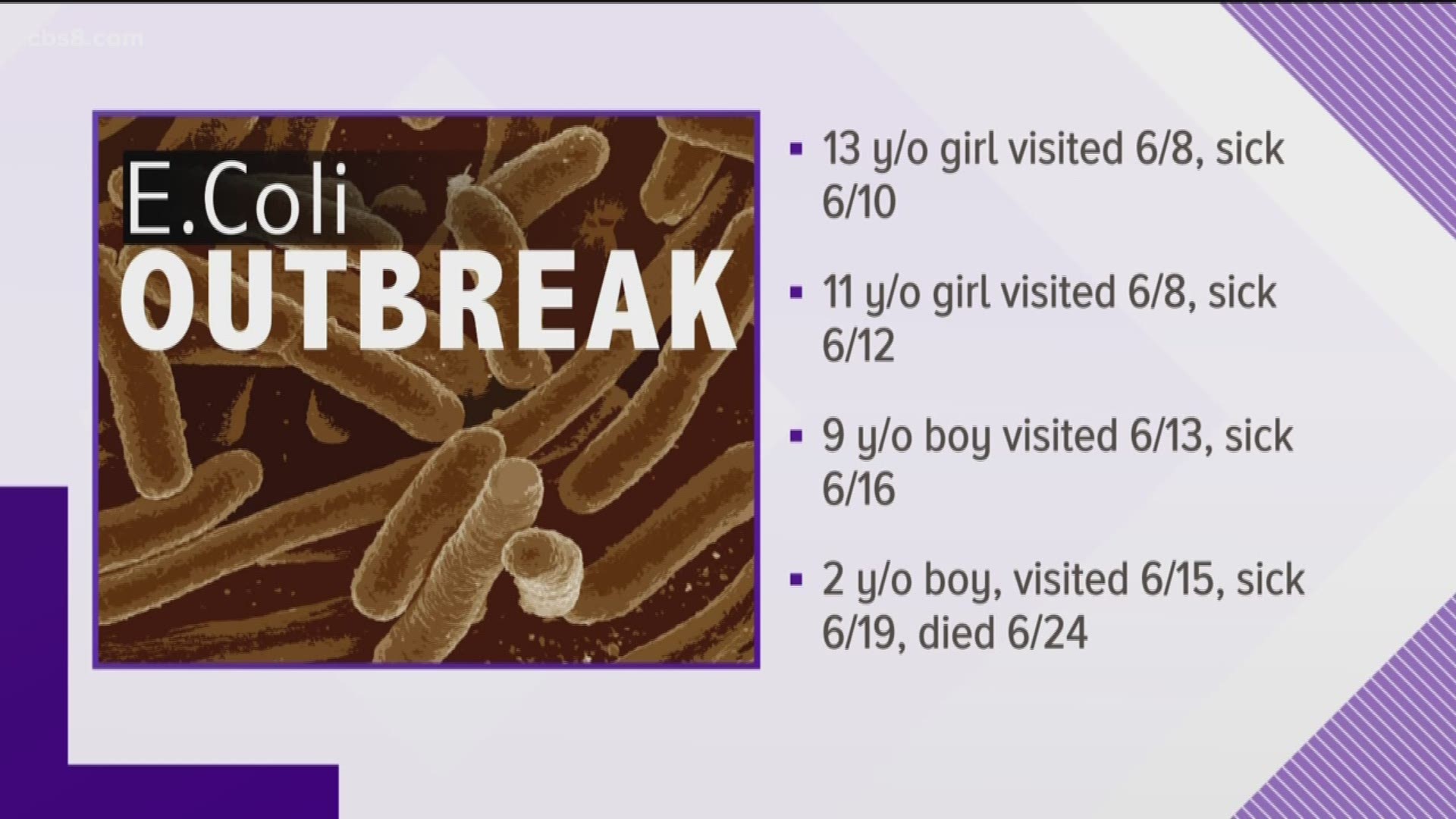 Details are emerging about the deadly E. coli outbreak possibly linked to the San Diego County Fair. Two-year-old Jedidiah King Cabezuela died last week while three other children were sickened but are recovering.

News 8’s Monique Griego spoke with a doctor from the county and reports with more on the timeline of the investigation.

Dr. Eric McDonald, a medical director with San Diego County Health and Human Services, explained how the investigation into the E. coli outbreak unfolded leading up to when the public was alerted last Friday.

“We learned of the first case on the day the 2-year-old passed away,” said Dr. McDonald.

Jedidiah Cabezuela passed away on June 24. Within a week of his death, there were three more cases all involving children under the age of 13 who had been to the county fair and interacted with the animals between June 8 and 15.

“None of the patients actually engaged in the same type of interactions with animals at the fair,” said McDonald.

He said once the county learns of a possible E. coli infection they work to quickly identify the source by finding commonalities between cases.

"[We] get info about where they were, what they ate, what their activities were,” McDonald said.

It's a lengthy process McDonald says can lead to a delay. And in this case, he says critical information wasn't initially reported.

"It wasn't until late on Friday that one of the patients, who had been interviewed multiple times about any animal contact and had not been noted to have any, in fact, did let us know they walked through the live-stock barn,” said McDonald.

That combined with a fourth case prompted the public alert and subsequent investigation into where the E. coli came from.