The organization Doctors for Camp Closures said they want to offer free flu shot to migrants being held in detention facilities. 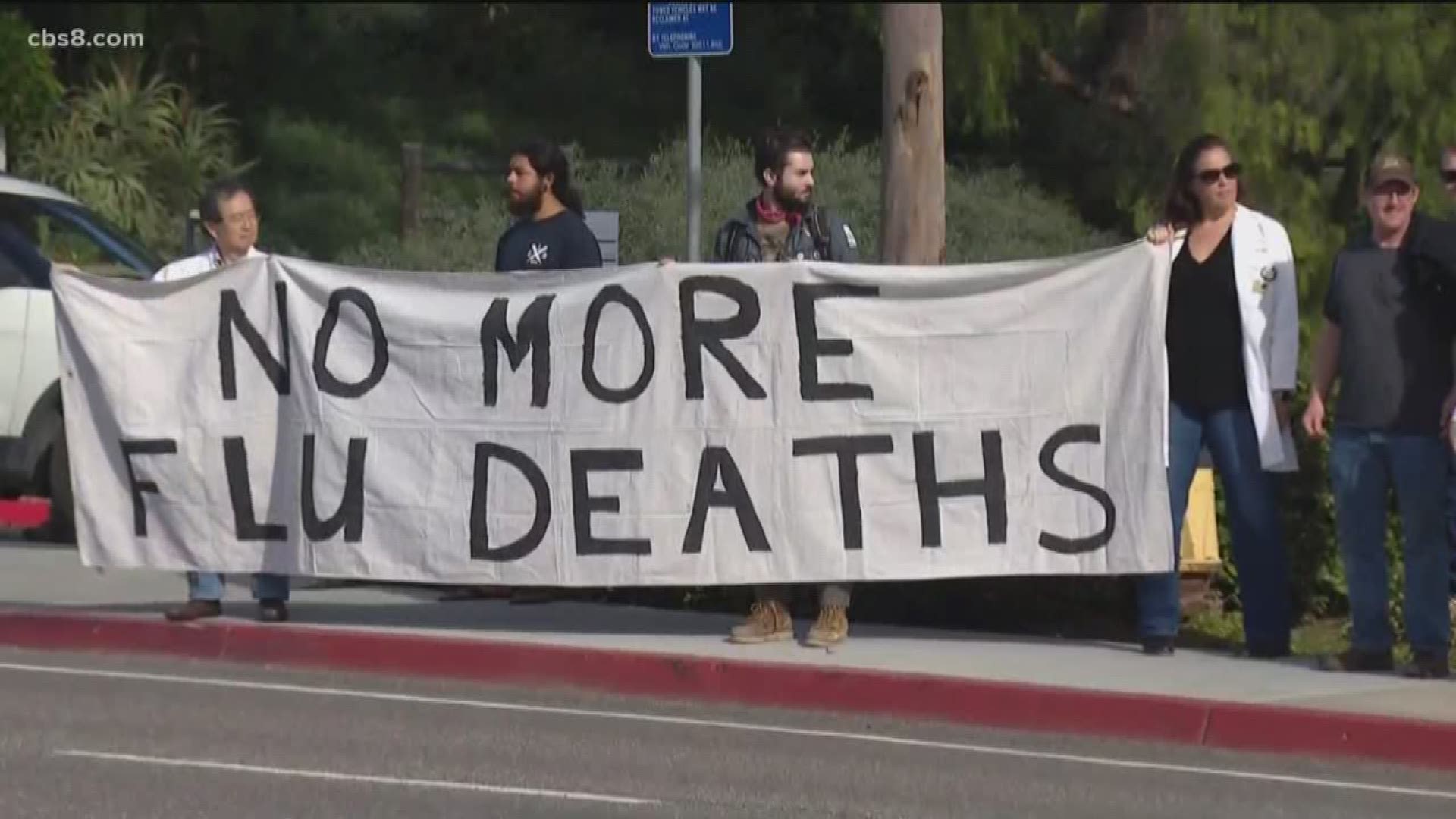 A group of physicians from all over the United States have spent several days in San Diego trying to convince Border Patrol to let them create a pop-up flu clinic for migrants. Wednesday marked the third day for the group who rallied outside Border Patrol headquarters in Chula Vista.

The organization Doctors for Camp Closures said they want to offer free flu shots to migrants being held in detention facilities.

The Department of Homeland Security and Border Patrol have turned them down for the past month.

“They keep saying they are a law-enforcement agency so as their policy they do not provide vaccinations,” said DeLuca. “However, my concern is they are creating a condition for serious spread of infectious illness.”

The group also showed up at the San Ysidro border to demonstrate this week.

On Twitter the Department of Homeland Security’s press office wrote:

“I can assure you we are licensed physicians, we have the proof,” said Dr. DeLuca.

In a statement CBP said in part:

“As a law enforcement agency, and due to the short-term nature of CBP holding and other logistical challenges, operating a vaccine program is not feasible. Both ICE and HHS have comprehensive medical support services and can provide vaccinations as appropriate to those in their custody."

Doctors for Camp Closures says three children died last year of the flu in Border Patrol custody and they just want the deaths to stop. The group also started a change.org petition asking for signatures in support of the demand for flu vaccinations in migrant camps.