El Cajon City Council members will discuss the proposed ordinance at a meeting on Oct. 8. If any ordinance is passed at night, it could take effect immediately. 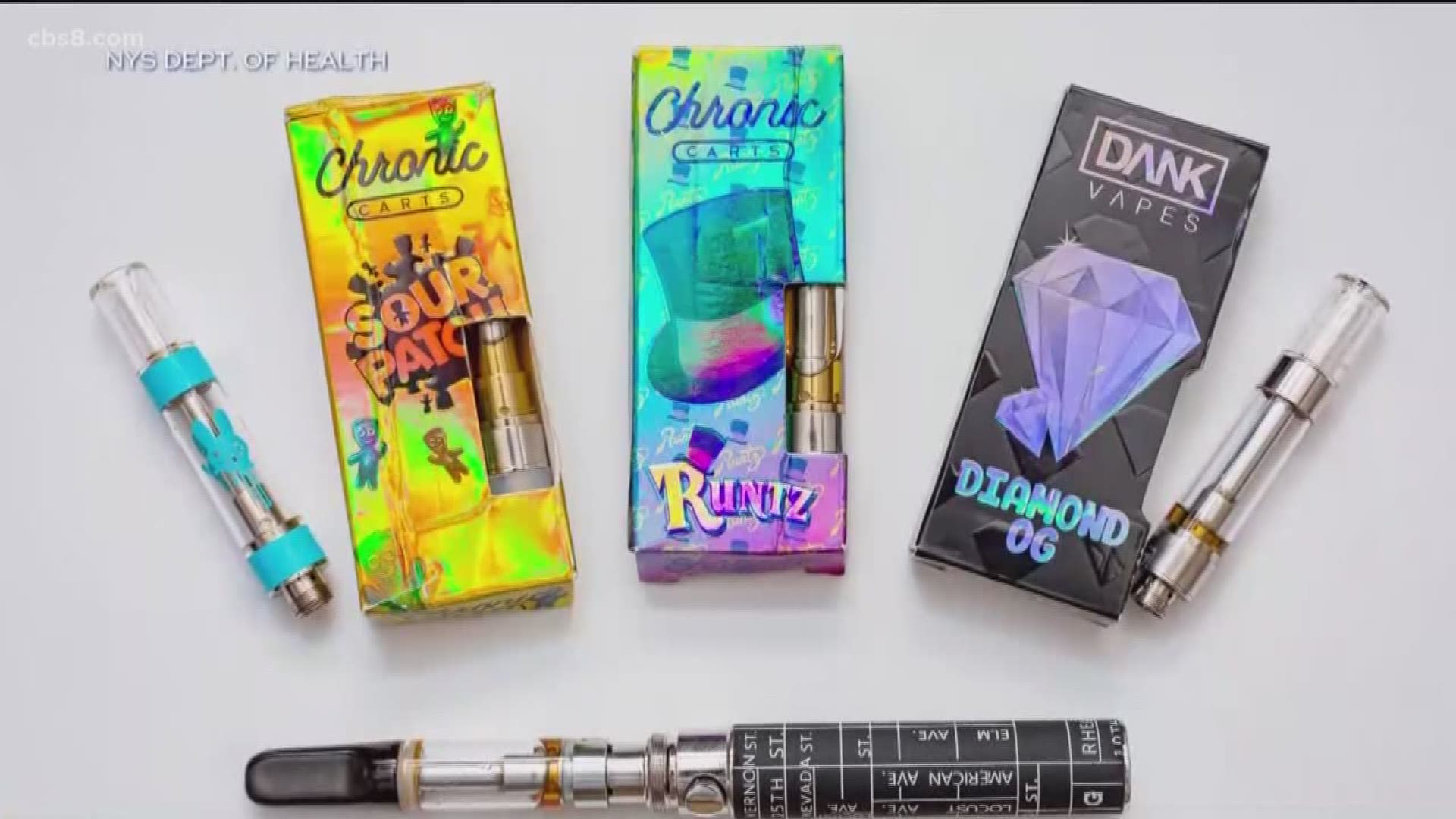 EL CAJON, Calif. — El Cajon could become the first city in San Diego County to ban the sale of all vaping products. The proposal comes just days after a California man became the seventh person in the United States to die from a vaping-related illness. On Thursday, an eighth vaping-related death was confirmed in Missouri.

El Cajon City Councilman Gary Kendrick proposed the ordinance which could ban the sale of all or some vaping products.

"I'm trying to take an abundance of caution and protect our children and citizens from dangerous devices,” said Kendrick. “The most severe would be a complete ban of vaping devices.”

RELATED: Missouri man becomes 8th person in the US to die from vaping-related illness

This would mean places like smoke shops, liquor stores and gas stations would no longer be allowed to sell vaping products. If, however, the council decides that is too stringent, Kendrick says he would like to at least ban the sale of certain vape juice flavors.

"Bubble gum, cotton candy - [flavors] that are clearly targeting the kids,” he said.

Kendrick – a father of three – says with eight deaths nationwide, and more than 500 recent lung illnesses linked to vaping, he feels an ordinance is necessary.

"So when we started doing research, we found that 23% of high school students have used vaping devices in the last month,” Kendrick said.

El Cajon City Council members will discuss the proposed ordinance at a meeting on Oct. 8. That is about three weeks away to give people enough time to prepare for public testimony. If any ordinance is passed that night, it could take effect immediately.

"We could actually declare a public health emergency and have it take effect right away on a four-fifths vote,” Kendrick said.

He says he expects city council chambers will be packed with protestors and supporters but believes a healthy dialogue will result in an outcome that's best for the city.

"The primary function of city council [is to] protect citizens and children are the ones that need the most protection,” said Kendrick.

The CDC and the FDA continue to recommend people do not vape, as they continue their investigation into recent deaths and illnesses. Kendrick says, if an all-out ban of the sale of vaping products takes place, he would have a sunset provision saying if the FDA does eventually say it is safe to vape, the ordinance would expire.