The El Cajon City Council also reviewed a proposed ban on the sale of flavored vaping products. They said they will revisit the ban next month. 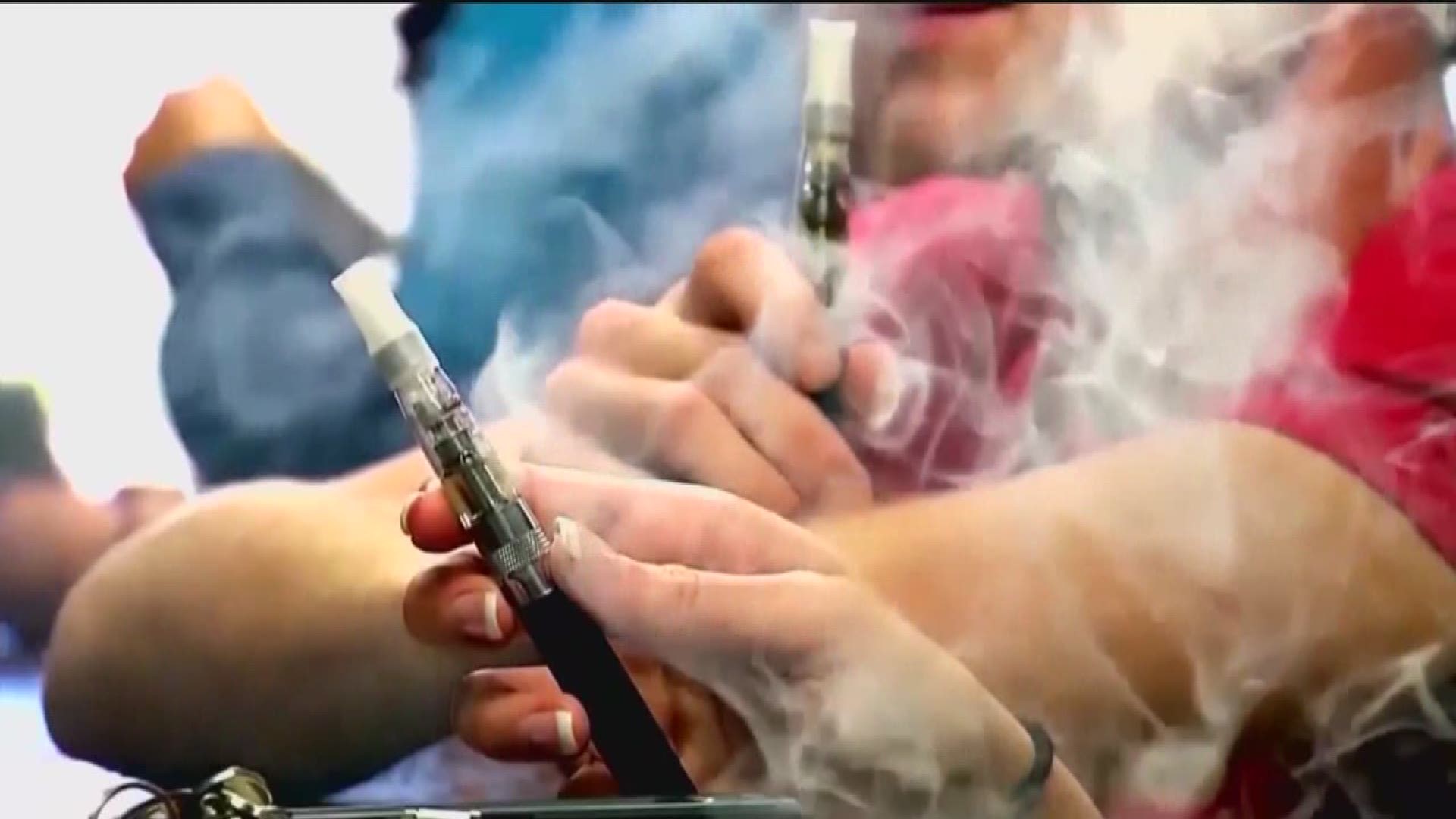 SAN DIEGO — The city of El Cajon on Tueday voted to modify its existing penalties for stores caught selling tobacco products to minors. The El Cajon City Council also reviewed a proposed ban on the sale of flavored vaping products. They said they will revisit the ban next month.

The modified fines break down as follows:

When the flavored vaping products ban is revisited and voted on, El Cajon could become the first city in San Diego County to adopt a ban of its kind. The proposed ban would include f the sale of flavored e-cigarettes, vaping components and products marketed as "flavored."

"I'm trying to take an abundance of caution and protect our children and citizens from dangerous devices,” said Kendrick. “The most severe would be a complete ban of vaping devices.”

If, however, the council decides that it is too stringent, Kendrick says he would like to at least ban the sale of certain vape juice flavors.

"Bubble gum, cotton candy - [flavors] that are clearly targeting the kids,” he said.

More than 40 stores in El Cajon have been fined over the past two years for selling to underage shoppers. While the fine is $1,000 per store,  Kendrick believes that fine should be harsher because stores earn up to $800,000 a year from flavored vaping products.

"Health of the children comes before the profits of the store owners," said Kendrick. "They profit from the future suffering of our children, and I want to stop it."

About 50 community members shared their thoughts with the city council on Tuesday.

Some people argued that the ban is too restrictive and could backfire. Those who are against the proposed ban say people should have the freedom to choose what they buy. Some also argue e-cigs help people get off traditional cigarettes.

“I was 14 years old I had no idea that it would lead to 10 years of me smoking traditional cigarettes,” said Eliana Mabin, a vape shop employee.

“I just want to say, I want to oppose the flavor ban,” said Nelly Del Rosario, a vape shop owner. "As a retail shop, we educate our customers on everything that deals with vaping.”

“When you ban it, you will see a black market grow,” said another vape shop owner.

Others support some type of ban.

“This needs to be stopped,” said Jill Barto from the El Cajon Valley Union School Board. “The sale of these devices and the flavors to our children, promoting them, to use them, has got to be stopped. If we don’t take a stand, we will be losing more children. We will be injuring more kids and young adults in our  community."

Kroger, Walgreens, Walmart and Rite Aid no longer sell e-cigarettes and if the ban passes in El Cajon, that means places like smoke shops, liquor stores and gas stations would no longer be allowed to sell vaping products as well.

RELATED: Kroger, Walgreens to stop selling e-cigarettes in US

According to the CDC, 1,080 people have lung injuries associated with e-cigarettes. Most of those people live in California. Doctors say the lung damage is similar to what they might see with exposures to toxic chemical fumes and poisonous gases.

"We already know that most components in an e-cig liquid cannot be healthy," said Dana Stevens, the Executive Director of Community Action Service Advocacy. "Anytime you're drawing something into your lungs, it cannot be healthy."

The CDC and the FDA continue to recommend people do not vape, as they continue their investigation into recent deaths and illnesses.