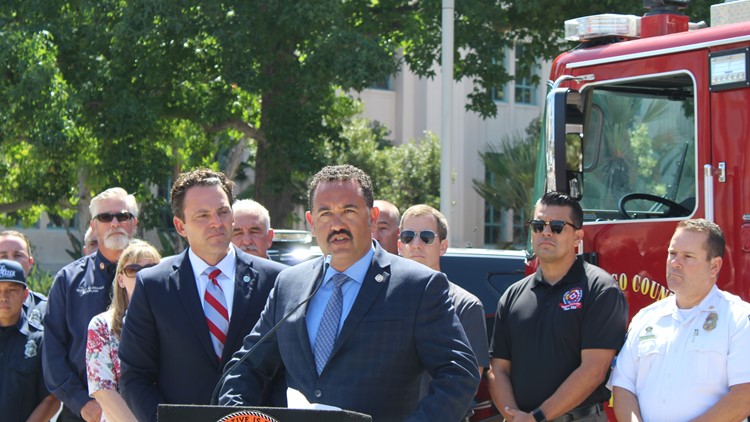 The Fire Captain Ryan J. Mitchell First Responder Behavioral Health Support Program would offer confidential mental and behavioral health support by connecting first responders with a clinical professional via a dedicated phone line, website or smartphone app. The program would be open to first responders in any jurisdiction of branch of public safety.

Fletcher proposed the program after speaking with firefighters and law enforcement officials around the county during a listening tour earlier this year. According to Fletcher's office, he named the program after Cal Fire Capt. Ryan Mitchell, who took his own life in 2017.

"Improving the public's health is one of our core priorities," he said. "Preventing suicide by increasing awareness, combating stigma and improving access to the mental health system are all vital steps to improve wellness of the community, and specifically first responders, with this new program."

The county Board of Supervisors is expeced to vote on Fletcher's proposal during its regular meeting on Tuesday.