The impact of the pandemic on a furloughed nurse

"We want to be caregivers. And when we're not giving care, there's an empty feeling there's a void," said operating room nurse Paula Cunningham. 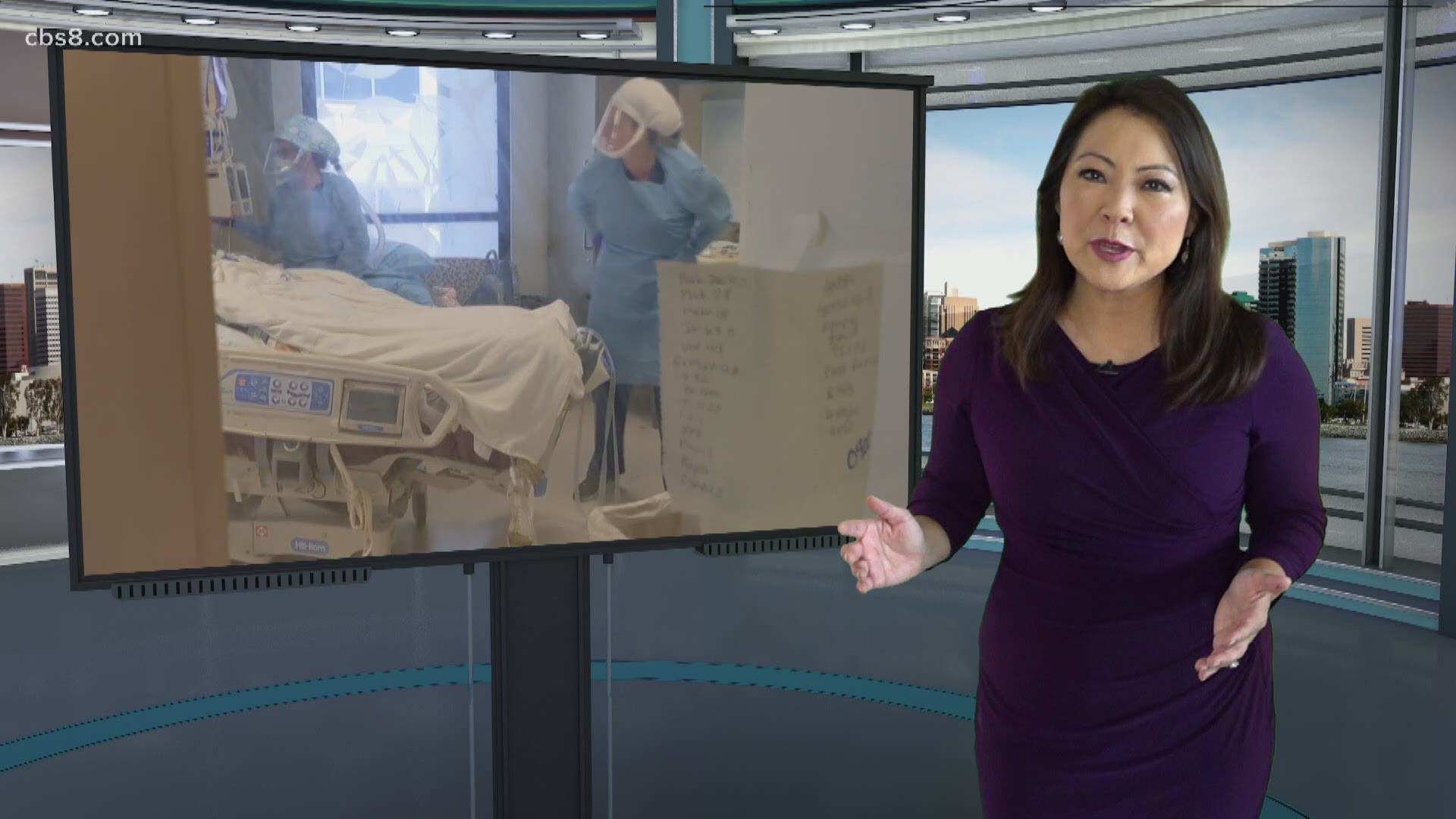 SAN DIEGO — It's National Nurses Week and News 8 is honoring local nurses with a series of stories that highlight some of the new challenges they're facing through the coronavirus pandemic.

We know the crisis is affecting nurses on the front lines, but we also wanted to highlight the impact on nurses who are being furloughed, laid off or whose hours have been significantly reduced.

Just a few weeks ago, there was a call for nurses to step up and help with the expected influx of COVID-19 patients. Even as California has successfully worked to flatten the curve, nurses are finding themselves collecting unemployment with the demand for some nurses low and elective surgeries halted.

After checking with various nurses organizations and other resources, we were unable to find a furloughed nurse who would speak with us about the challenges. We were told nurses were either too devastated or too afraid to share their thoughts out of fear of retaliation from their employers.

Then, a friend of a friend put me in touch with Paula Cunningham, who is out of work right now on furlough.

I explained that during National Nurses Week, we wanted to highlight the impact on all nurses, even the ones who are not working or who are under-employed. Paula explained that to her employer, who granted her permission to do an interview and give us a glimpse into her life.

"It was a little bit of a shock to be told you're furloughed," recalled Paula, who is unemployed for the first time in her 35 year nursing career.

She said being a nurse who is unable to work during a pandemic is a hard pill to swallow.

"I feel we're born to do this," Paul said. "We want to be caregivers, and when we're not giving care, there's an empty feeling, there's a void."

Having worked as an operating room and transplant nurse at UCLA Medical Center for 10 years, she is now Lead Operating Room Nurse at La Jolla Cosmetic Surgery Centre, which closed in mid-May under the statewide ban on elective and non-emergency surgeries.

Nurses at hospitals and outpatient centers are affected, too. They've rallied to protest the layoffs and furloughs of more than 100 nurses at Palomar Health in San Diego's north county and Tri-City Medical Center in Oceanside.

"Your heart breaks because, you know many incomes are dependent on work," Paula said.

The mother of four, with two kids in college, said navigating the financial strain can be stressful.

"As a family, [we] sat down and discussed what it meant for me not to have an income, and laid out a budget," she said.

She's grateful her husband is still working and in an ironic twist, he is the one who must sometimes wear personal protective equipment at his job at Rady Children's Hospital.

"He is not in patient care, he's an engineer," said Paula, "and when he does have to go in any patient area, then he would suit up."

A stay-at-home mom for the first time in her life, Paul is wearing a different hat these days.

The first thing she told her kids, was this: "Mom's home, but I am not the maid!"

She's using her efficient operating room skills to run her household where there's a division of labor and everyone has a job.

"We take turns cooking, cleaning, this is the school schedule," she explained as she showed me the dry erase board that lists everyone's duties and tasks.

Paula is also contributing to the community. She enjoys sewing, so she's making masks for friends, neighbors, fellow coworkers who are still working in hospitals, and her brother and sister, who are both Emergency Room pediatricians.

During the first two weeks of the stay-at-home order, she also helped raise $25,000 via a live Zoom auction for her youngest child's school, Longfellow K-8 Spanish Immersion Magnet School in the San Diego Unified School District.

"Like they say, a nurse is a nurse, is a nurse," she said. "We're always going to try to find a way to help people, and we certainly appreciate being appreciated. We enjoy that celebration," she remarked about Nurses Week.

She is looking forward to the day when she can work once again and expects to be working long hours, but she said "we've got to wait for safety" to make sure there are no negative repercussions from reopening.

In the meantime, she said, "I'm managing my house, which is a lot of work!"