Despite Scripps Health saying the online system should be back up later this week, many patients have complained of canceled appointments and surgeries. 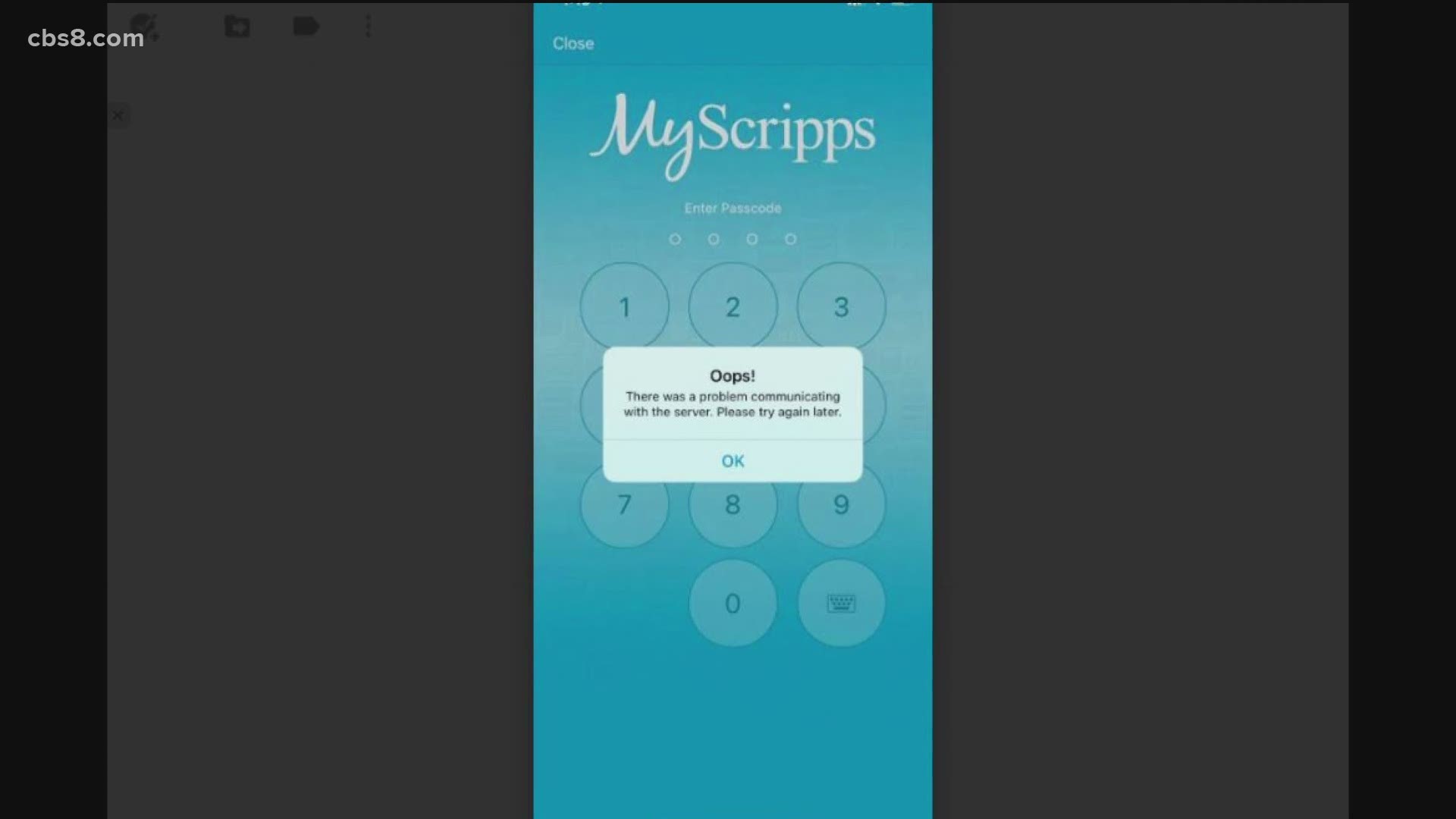 SAN DIEGO — Andrew Kaufman says he has been waiting for weeks to get his canceled surgery rescheduled. He has been a Scripps Health patient for 6 years and is a two-time cancer survivor.

"I have a neuromuscular disease, so I am very dependent on those records if something were to happen to me, where do I go if my hospital doesn’t have my full medical history available?” Kaufman said.

The Scripps Health system suffered a cyber-attack at the beginning of the month of May, and for weeks, patients and News 8 viewers have complained of not being able to access their "My Scripps" account.

“The longer they are down, the more troublesome it becomes. I know they don't have all the answers, but I feel like the patients need answers,” Kaufman said.

Another patient named Jacob experienced difficulty shortly after the health system had been hacked saying, "I've been on my medication for 20 years, if I had not taken it for two days, I would have gone into a coma and died."

Kaufman says he still has not received blood test results from last week, and he called and got a fax number to no avail.

“I was supposed to call the lab myself, get the results and send it back to the office. I did everything they asked me to do but I still have nothing,” Kaufman said.

Kauffman continued that the hackers responsible chose the worst system to attack.

“How low to take advantage of people’s health care. This whole thing worries me a lot because of my situation. My life is in jeopardy here,” Kaufman said.

"At times it may have seemed like we weren't communicating enough. I am sorry this has caused frustration. In our current situation, openly sharing the details, puts Scripps at an increased risk of coming under further attack. Other attackers are already using what is being reported in the media to send scam communications to our organization.”

We are continuing to investigate the incident, which I can confirm involved ransomware. We reported this to federal law enforcement. Our IT teams and outside consultants are literally working around the clock to restore our systems.

We anticipate our electronic health record will be back online the latter part of this week, including your ability to log into your MyScripps account to see your health care information.”