The new case is a 6-year-old boy who attended animal displays at the fair on June 22 and started exhibiting symptoms June 26. 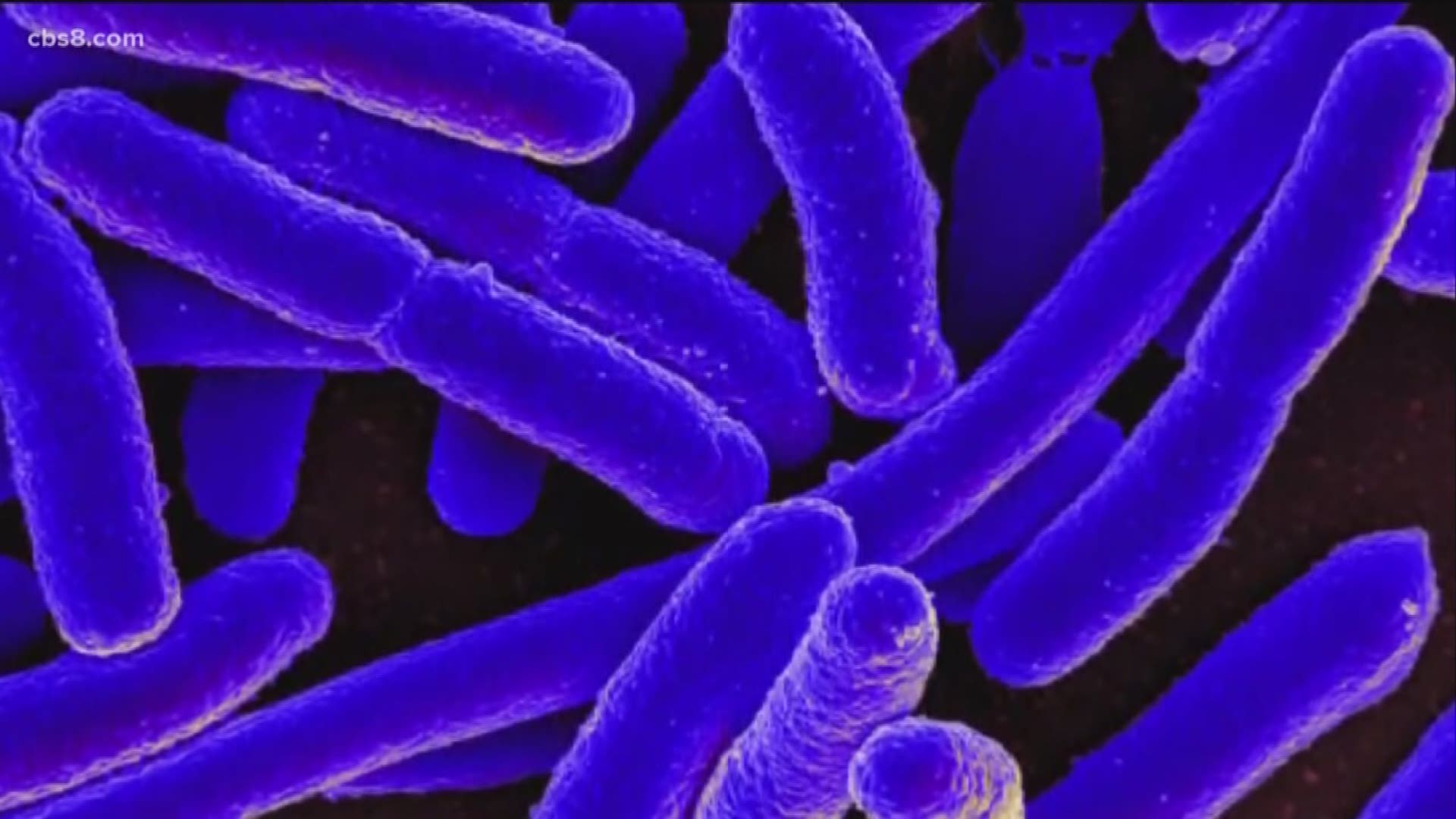 SAN DIEGO — A new, confirmed case of Shiga-toxin-producing E. coli (STEC) that may be related to animals at the San Diego County Fair has been reported, the County of San Diego Health and Human Services Agency announced Tuesday. Meanwhile, lab results have also confirmed a previously reported case.

The new case is a 6-year-old boy who attended animal displays at the fair on June 22 and started exhibiting symptoms June 26. He was not hospitalized and is now recovering.

The previously reported, and now confirmed case, is a 9-year-old who has recovered.

To date there have been a total of five cases linked to contact with animals at the fair: four confirmed cases and one probable case.

The first four cases—including the death of a 2-year-old boy—were reported by the Health and Human Services Agency late Friday and County health officials recommended that the San Diego County Fair close all animal exhibits to the public.

"The vast majority of these kids will have diarrhea for a few days and then it goes away," said Dr. John Bradley - a pediatric infectious disease specialist at Rady Children's Hospital.

He urged parents to take children showing symptoms - including diarrhea, vomiting and stomach cramps - to a doctor to be tested.

"You do not want to treat this infection with antibiotics," said Bradley.

He says antibiotics cause the bacteria to spread even faster.

"A child who is minimally symptomatic can get much sicker with antibiotics," he said.

Since then, HHSA has assisted a California Department of Food and Agriculture veterinarian to collect environmental samples. Test results from all the specimens are not expected until well after the fair closes.

However, since the incubation period for E. coli is up to 10 days after exposure, and reporting to the health department is often delayed, more cases connected to the fair could be reported through the middle of next week.

When to Seek Medical Care

Most people recover from E. coli without major complications; however, 5 to 10 percent of people diagnosed with STEC develop a life-threatening kidney infection.

Most people with a STEC infection start feeling sick three to four days after eating or drinking something that contains the bacteria. Symptoms vary from person to person and often include:

Symptoms may occur with or without a fever. When present, the fever usually is not very high (less than 101˚F/38.5˚C). Most people get better within five to seven days. Some infections are very mild, but others are severe or even life-threatening.

“If you start to develop these symptoms, contact your doctor,” Wooten said. “Especially if you have diarrhea that lasts for more than three days or diarrhea that is accompanied by a fever higher than 102˚F, or blood in the stool, or so much vomiting that you cannot keep liquids down and you pass very little urine.”

The best way to prevent an STEC infection is to practice good handwashing hygiene. Always wash your hands thoroughly after contact with animals or their environments (at farms, petting zoos, fairs, even your own backyard). Everyone, especially young children, older individuals, and people with weakened immune systems, should wash their hands before eating or drinking.