Cancer researchers at UC San Diego are conducting a trial that may change the face of brain cancer treatment. 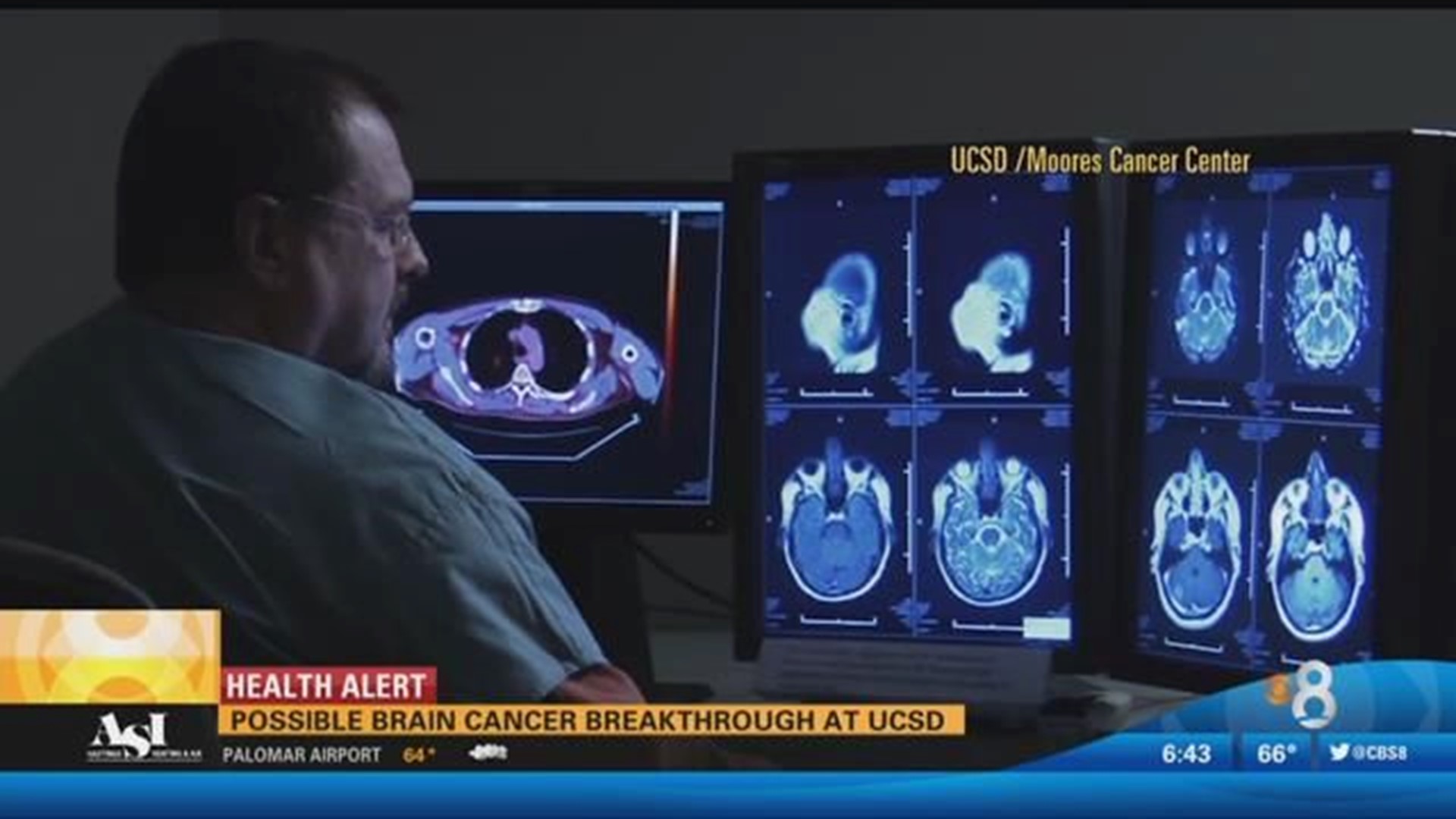 SAN DIEGO (CBS 8) - Cancer researchers at UC San Diego are conducting a trial that may change the face of brain cancer treatment.

Dr. Bob Carter is the chief neurosurgery at UC San Diego Moors Cancer Center. "It's been a lot of years of work," he said.

The drug used in the trial treatment is made by Tocagen, a San Diego Company. The drug, Toca 5, kills brain tumor cells and activates the immune system against brain tumors.

According to Tocagen, studies were conducted in patients with recurrent brain cancer, showed extended survival compared to an external control, complete and partial tumor shrinkage determined by independent radiology review and favorable safety and tolerability profiles.

"What we've seen is actually in our higher doses cohorts about 40-percent of patients have survived actually beyond two years, which really is quite a new finding," said Dr. Carter.

The finding is so big it will be featured on the cover of Science Transitional Medicine.