There have been two confirmed cases in San Diego County and zero deaths. 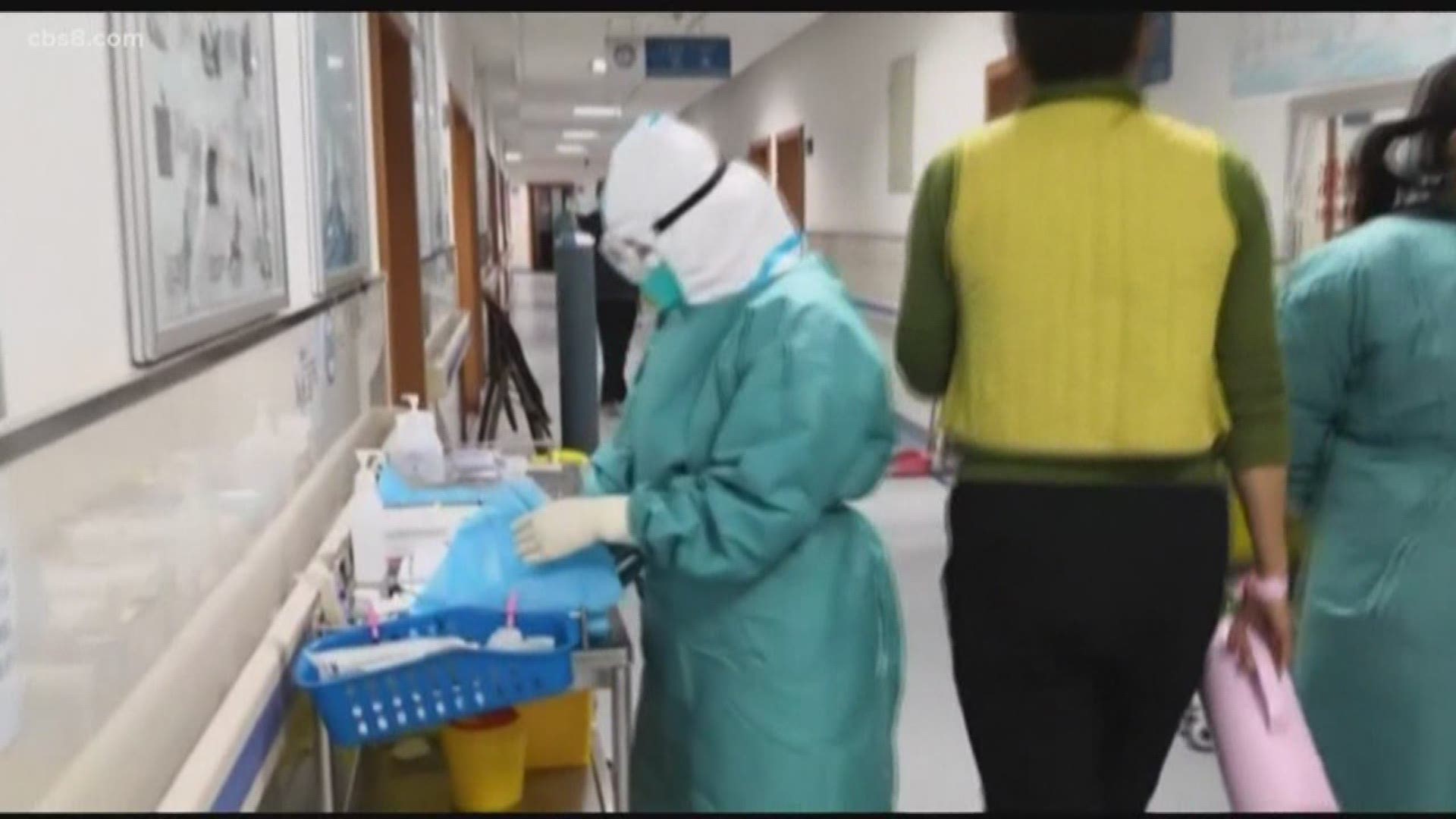 SAN DIEGO — Acting "out of an abundance of caution," San Diego County officials Friday declared a local health emergency in response to concerns about COVID-19, but they insisted the move does not indicate an increased risk of contracting the disease locally.

"Let us be clear, this does not mean there is any increased risk to the general public, in fact it is quite the opposite," county health officer Dr. Wilma Wooten said.

She and county Supervisor Nathan Fletcher both said the local emergency declaration was being made "out of an abundance of caution," and to ensure the county has all the resources needed to response to the illness that has killed more than 1,400 people, mostly in China.

There are still only two confirmed cases of the illness in San Diego County. Five other people are currently being evaluated in the hospital.

RELATED: Another possible COVID-19 case in the South Bay

Fletcher said the local emergency declaration took effect immediately and lasts for seven days. The Board of Supervisors will hold a special meeting Wednesday to consider extending the declaration for 30 days.

Wooten said the declaration is "meant to reassure the public that health authorities are proactively working to stay ahead of any challenges that may arise" due to the disease.

The two confirmed coronavirus cases are being treated in isolation at UC San Diego Health. The patients were among more than 200 people flown to Marine Corps Air Station Miramar last week from the area of Wuhan, China, the epicenter of the coronavirus outbreak.

A total of 167 passengers arrived at Miramar Feb. 5, and 65 more arrived Feb. 7. All of the passengers are under a 14-day quarantine at the Marine base.

Officials also revealed that there have been 13 San Diego residents so far who have been identified as sitting next to individuals on airplanes who ultimately tested positive for COVD-19.

Four of thsose 13 are still being monitored, while the rest have been cleared. One who was tested for the novel strain of Coronavirus was ultimately found to be negative.

At the border, federal authorities have been screening those crossing into the United States for possible symptoms.

So far, two so-called "persons under investigation' who are in federal ICE custody have been identified.

"We still have tests pending on those individuals  and those individuals remain in isolation," said county Deputy Public Health Officer Dr. Eric McDonald, adding that ICE facilities in Otay Mesa have special rooms used to contain those with possible infectious diseases, like Coronavirus..

"They are safe where they are, not exposing anybody else who is in the facility or the staff there," Dr. McDonald said.