An apartment complex in Oak Park will soon be the first in San Diego to pledge to be smoke-free. 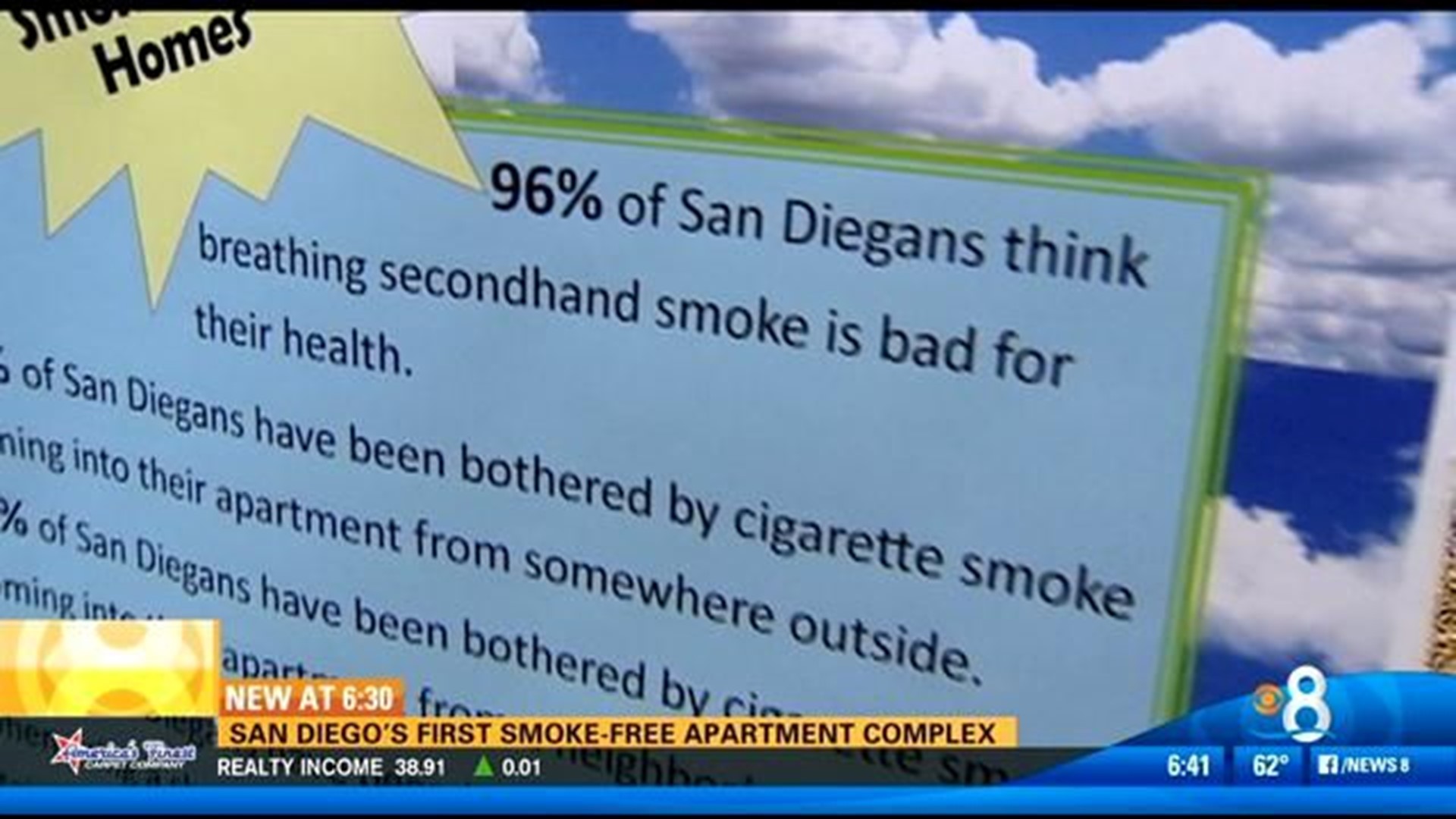 SAN DIEGO (CBS 8) - An apartment complex in Oak Park will soon be the first in San Diego to pledge to be smoke-free.

Residents at John Adams Manor are lighting up while they can. On New Year's Day, the multi-unit housing complex will be the first in San Diego county to go smoke-free.

"I think it's going to be a great change," resident John Smith said.

John Adams Manor is low-incoming housing and almost a majority of its residents smoke.

The apartment manager says she received a number of complaints from residents like Vivian Simpson, whose grandson has asthma.

"Even thought they go outside to smoke my windows are open and smoke still comes into the house," Simpson said.

So the management teamed up with the San Diego county's Health and Human Serivices' Live Well San Diego.

Residents were originally given 60 days to quit smoking on the complex, but they pushed it to the first day of next year, giving residents a year. They offered classes to help quit smoking, and some just found a new place to live.

"Living in a smoke-free home is a choice everyone should have," Lynda Barbour of the American Cancer Society said.

While residents have known about this all year, the public announcement came on the day dubbed "The Great Amercian Smokeout."

"Change is coming our way. It's a new year and always time for a change," Smith said.

New leases were written, and if residents are caught smoking anywhere inside the complex, they will be evicted.