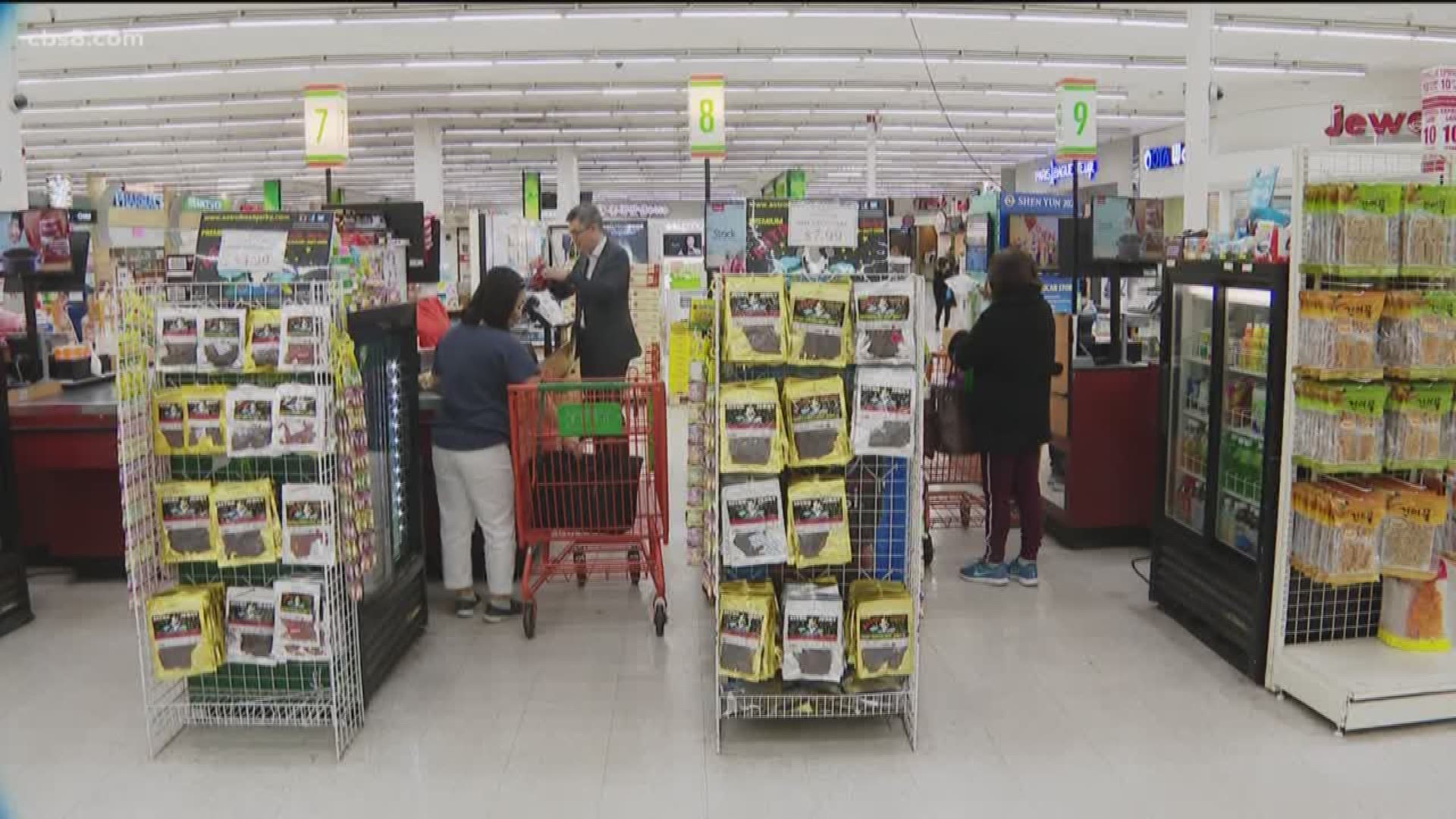 SAN DIEGO — The White House was considering a suspension of all flights between the United States and China on Tuesday amid an outbreak of the deadly coronavirus. The number of cases has grown in China and was at more than 5,900 as of Tuesday with 132 deaths confirmed. There were five confirmed cases in the U.S. as of Tuesday with a case in San Diego County under investigation. Test results for the person in San Diego are expected Wednesday, according to the San Diego County Health and Human Services Agency.

Concern over the coronavirus has prompted several US airports to screen for the respiratory illness. San Diego International Airport began displaying signs inside Terminal 2 advising anyone who's recently visited China and feeling sick to see a doctor.

United Airlines announced Tuesday that starting Feb. 1 it will temporarily cut back on its flights to Beijing, Hong Kong, and Shanghai.

"Right now, we don’t know the full spectrum of illness,” said Dr. Christopher O’Brien with Kaiser Permanente. “We know people have died from this coronavirus and others have not been as ill.”

RELATED: US confirms 5 cases of Wuhan coronavirus, 110 people 'under investigation'

Of the five confirmed cases in the U.S., all patients traveled directly to Wuhan, China - the epicenter of the virus.

Sunday, the county health department began investigating a possible case here in San Diego. The patient has been quarantined inside a home. The County Health and Human Services Agency expects test results for the person in San Diego on Wednesday.

Meanwhile, a chartered plane sent to China to pick up Americans in the city of Wuhan was headed back to the U.S. on Tuesday. Its first stop will be Anchorage, Alaska, where the travelers will be re-screened. Hospitals there are ready to treat or quarantine people who may be infected. The plane was then originally scheduled to fly to Ontario, California, but was diverted to March Air Reserve Base in Riverside County.

The symptoms of coronavirus include fever cough and shortness of breath. Dr O'Brien said the public should protect itself just as it does from the flu.

"These viruses are transmitted by droplets,” he said. “Make sure you wash your hands - especially before you eat.”