A woman who was allegedly on drugs when she drove into a group of cyclists on Fiesta Island, critically injuring one rider, is scheduled for a preliminary hearing Tuesday at the downtown courthouse. 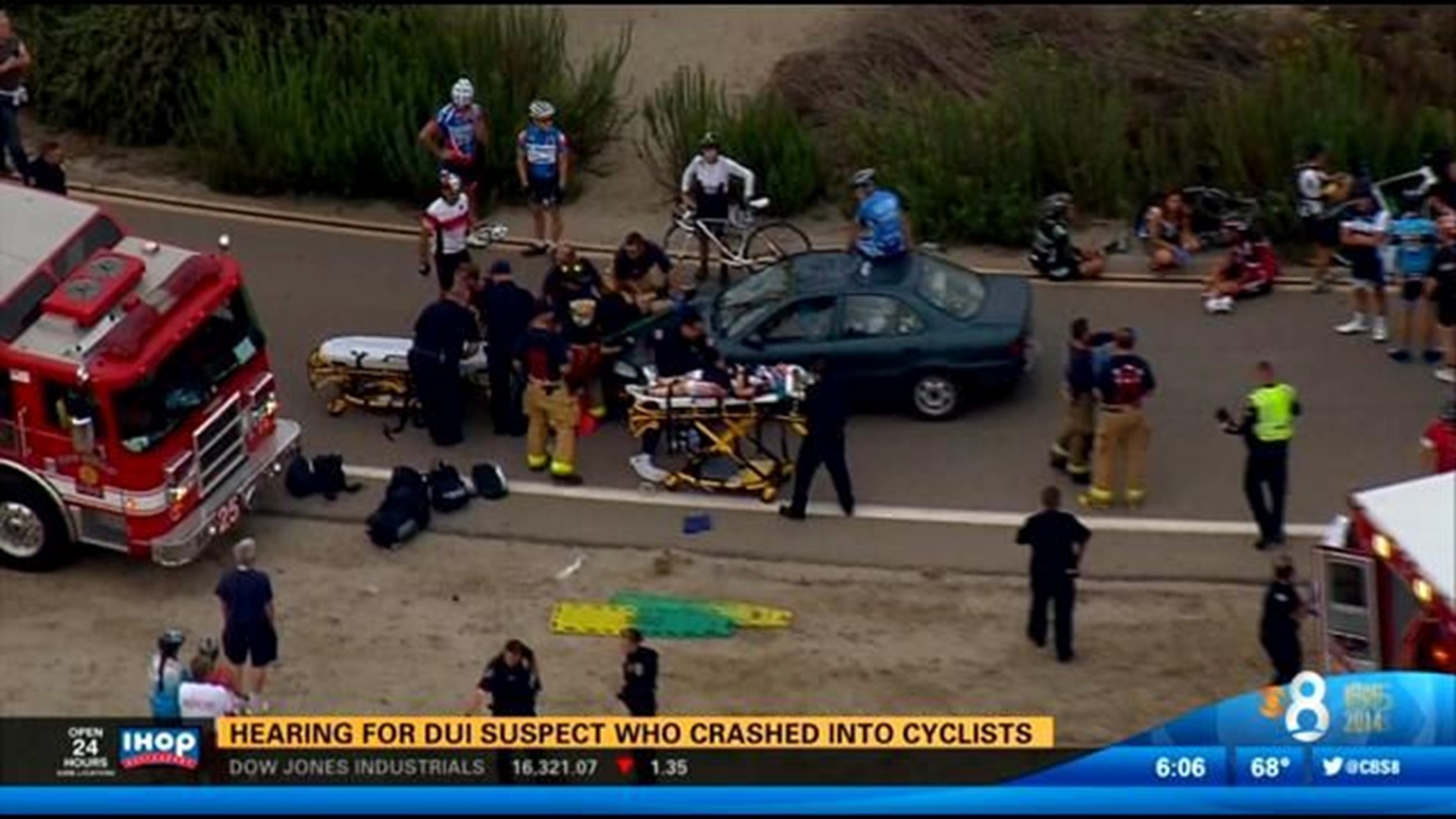 SAN DIEGO (CNS) - A preliminary hearing scheduled for Tuesday was postponed until Oct. 31 for a woman who was allegedly under the influence of drugs when she drove into a group of bicyclists on Fiesta Island.

Theresa Lynn Owens, 49, is charged with driving under the influence of a controlled substance and possession of methamphetamine.

Deputy District Attorney Jessica Coto said Owens drove the wrong way on a one-way road about 6:30 p.m. on Aug. 12, plowing into a group of 16-20 cyclists while traveling about 30-35 mph, hitting 10 of the riders head-on.

One rider, 43-year-old Juan Carlos Vinolo, was permanently paralyzed from the waist down, suffered a collapsed lung and lost a kidney.

Witnesses said Owens got out of her car after the accident and appeared to be under the influence, screaming and acting erratically. She was taken to the hospital, where a baggie of methamphetamine was located in a body cavity, Coto said.

On Tuesday, Juan Carlos' wife Emma gave us this update:

"It has been two months since the accident that changed Juan Carlos' life forever. He has an injury in the shoulder that hasn't healed which limits his movement and has him in constant pain. Juan Carlos is going to be paralyzed from the upper chest down to his feet for the rest of his life. He remains dependent upon others for basic self-care, and suffers from extreme temperature changes due to the spinal cord injury."