It's a wish come true - a local boy who received a heart transplant is getting a special surprise thanks to AMN Healthcare and Make-A-Wish San Diego. 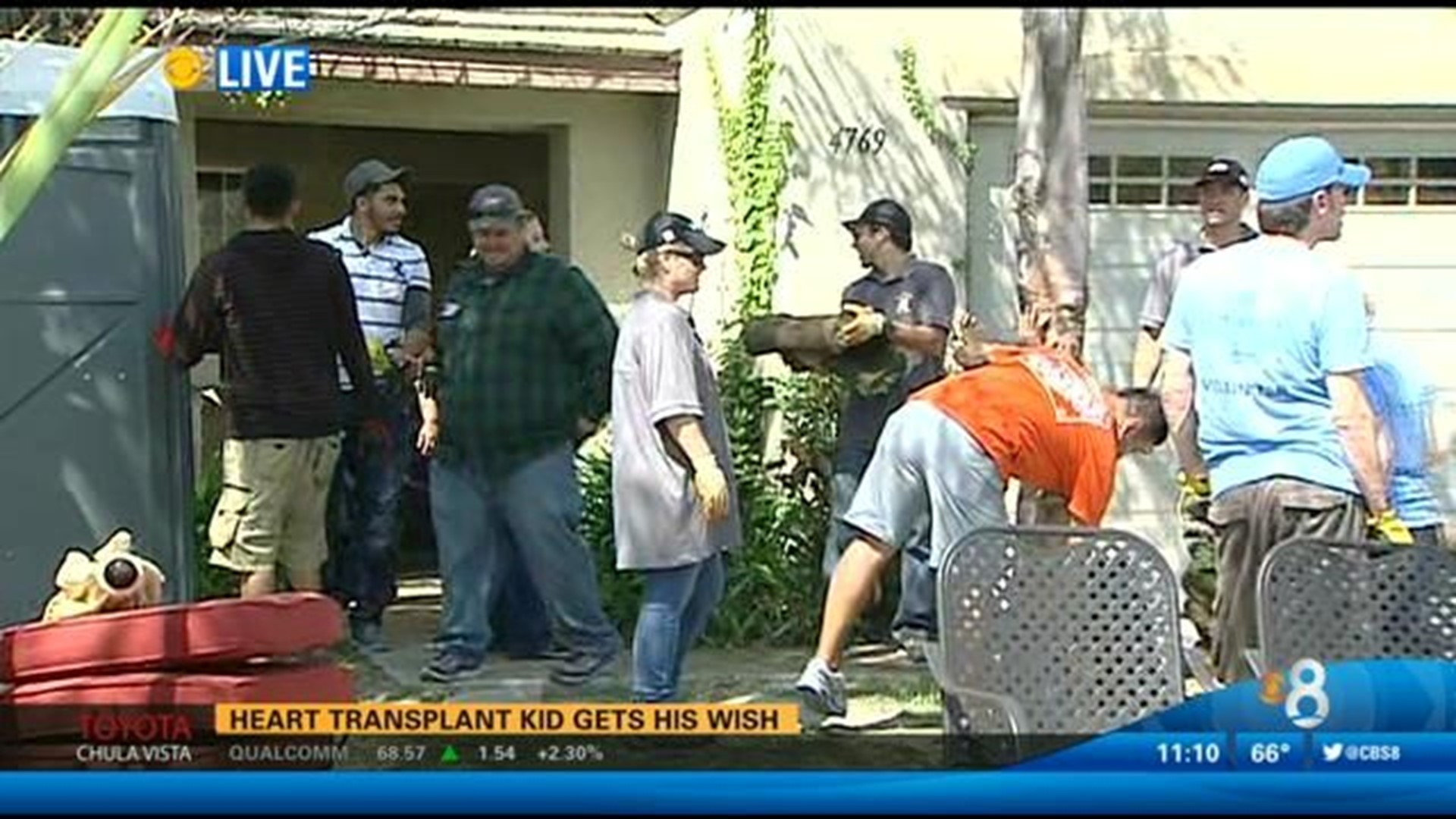 CHULA VISTA (CBS 8) - It's a wish come true - a local boy who received a heart transplant is getting a special surprise thanks to AMN Healthcare and Make-A-Wish San Diego.

Dozens of volunteers are working on a new backyard in Otay Mesa for 10-year-old Caden. In fact, it's such a huge secret that Caden has no idea what's going on and was whisked away, in a limo, with his family to Legoland.

It's a dream come true for the San Diegan who recently underwent a heart transplant.

"I got it because, I got a new heart on Thanksgiving Day,” said Caden.

His three major coronary arteries were blocked in 2013. And after A trip to the ICU, he even stopped breathing at one point. But after struggling so much at a young age, he's in for a surprise.

"He could go anywhere, have anything, be anything. He wished for backyard. He can play in. He requested a play structure and a trampoline and a tropical plants to make it look nice,” said Suzanne Husby with Make-A-Wish San Diego.

While Caden enjoys the day just being a kid Legoland, 60 volunteers are transforming his backyard in Otay Mesa into a Legoland of its own. The group from AMN Healthcare and Make-A-Wish want Caden and his younger brother and sister, Corwin and Chloe, ages seven and three, to have the perfect playground.

"It'll be a safe environment for him and his brother and sister. But it will be tropical green and beautiful,” said Dawn Anderson with AMN Healthcare.

AMN Healthcare decided to celebrate their own 30th birthday by giving back. Days of work on the landscaping all leads up to the big reveal Monday afternoon.

"People have been reaching out so this is the icing on the cake, cherry on top,” said Caden's, Mother Cindy Cunningham

Around 3:00 p.m. Monday, the volunteers will be adding the finishing touches to their backyard project. By 5:00 p.m., after a fun day at Legoland, Caden will come back home for a huge Make-A-Wish reveal party.