On Wednesday night, families in the Helix Water District erupted in anger against a proposed water hike over five years, which would have them paying more than double. 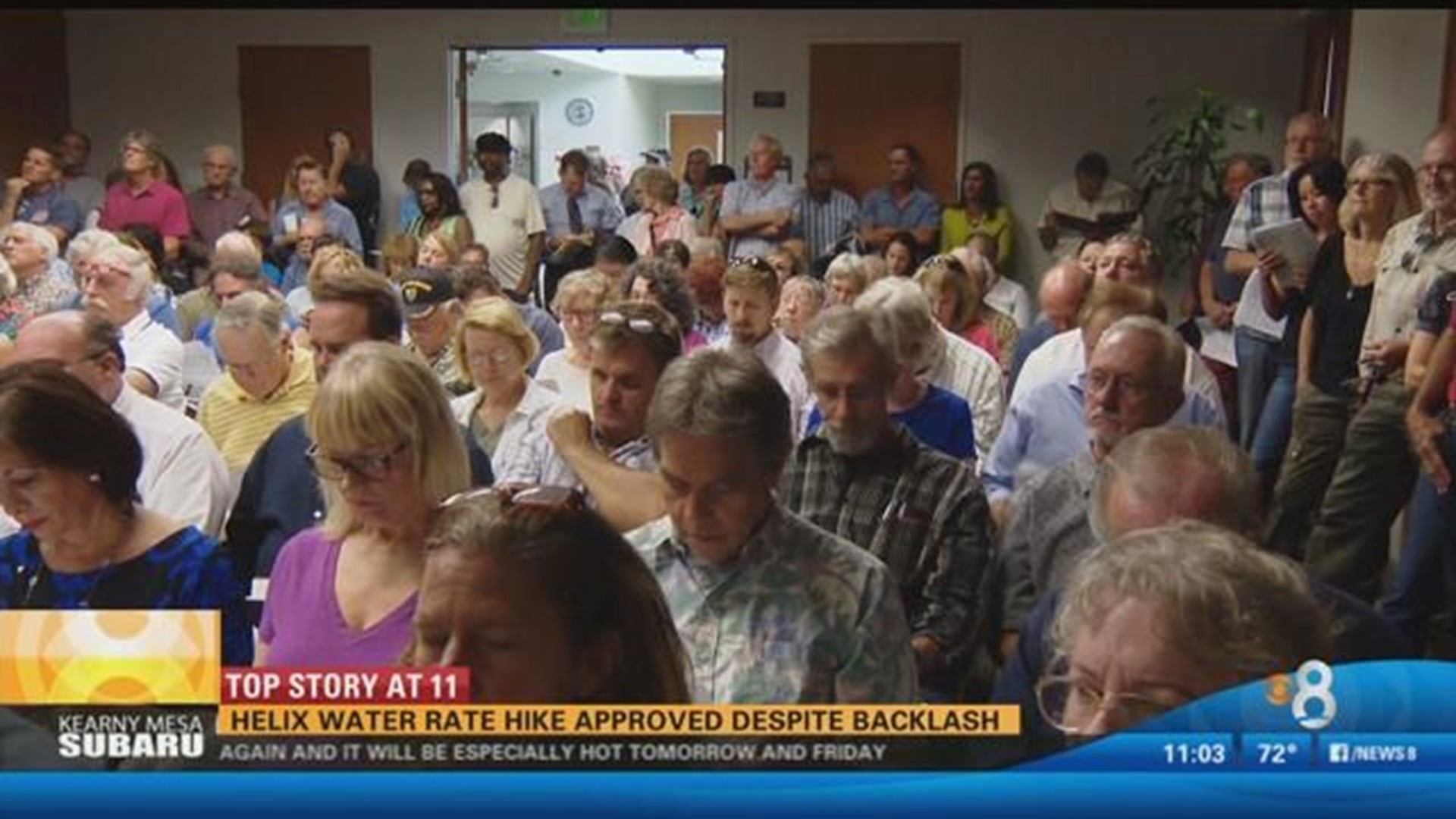 Wednesday night, families in the Helix Water District erupted in anger against a proposed water hike over five years, which would have them paying 56 percent over the next five years.

A director held up 557 protest letters against the newly approved water hike.

"I am disgusted, and I am pissed off," said La Mesa resident, Cyndi Denny.

Helix water families have cut back on water use by 29-percent since July, well beyond the state mandate to cut water use by 20-percent.

Some directors disagreed on whether the hike should be over two or five years because each time they go the table to increase rates, it costs $30,000 to send mandated notifications.

"We were formed by the people for the people, and that is what local government is about," said Kathleen Hedberg, Helix Water Director, Div. 5. She voted against the rate hike.

After a four-hour discussion, Helix Water ratepayers were rejected.

They will be paying up to 56-percent more for water over five years.

The rate increase starts in November, but because it's a bi-monthly bill, families will start paying more in January of 2016.