San Diego police on Wednesday cleared out two homeless encampments in the East Village as the city continues to make a push to slow the deadly Hepatitis A outbreak. 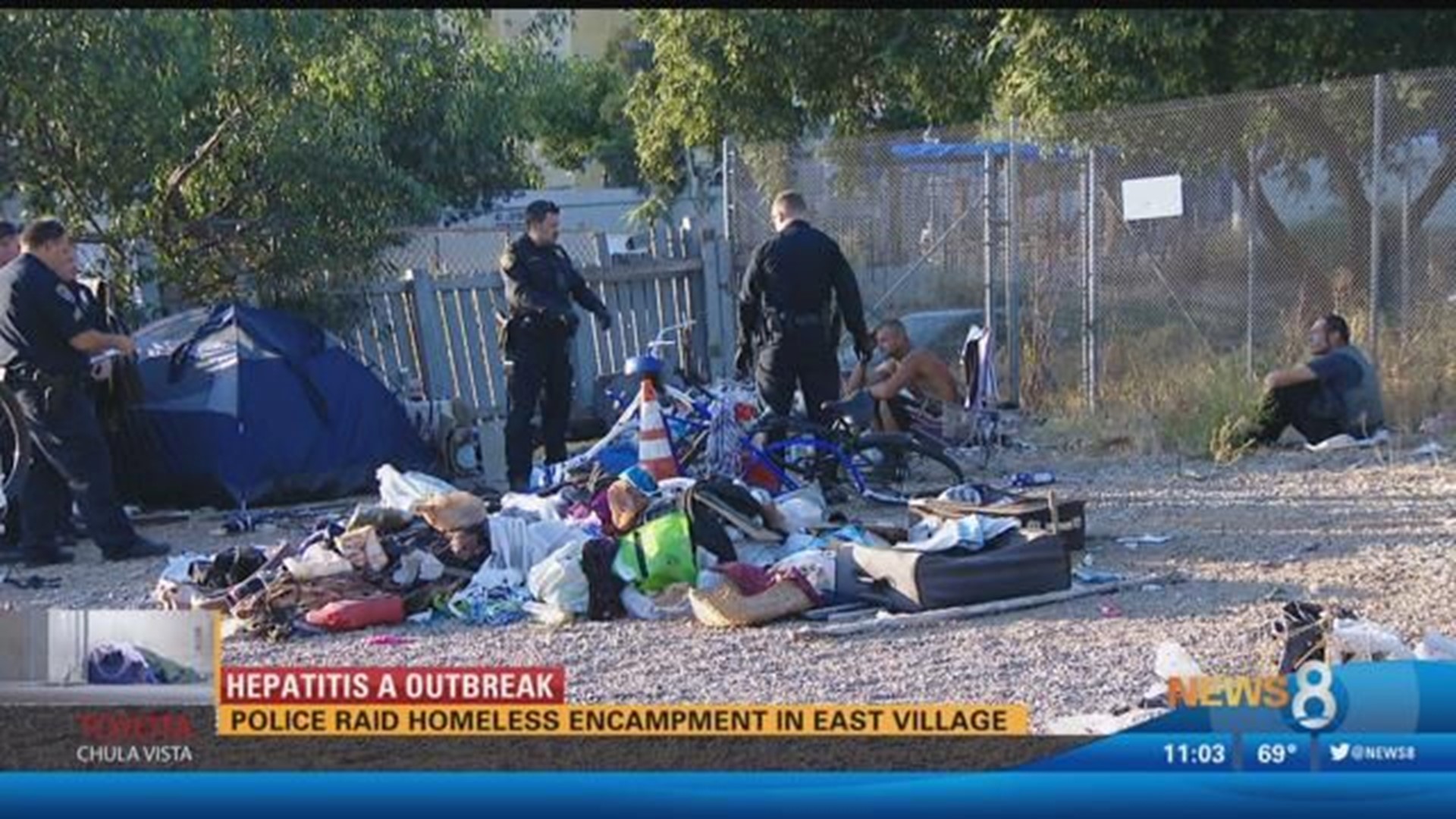 SAN DIEGO (NEWS 8) - San Diego police on Wednesday cleared out two homeless encampments in the East Village as the city continues to make a push to slow the deadly Hepatitis A outbreak.

Many homeless people who forced out Wednesday night had already been moved once before from a larger encampment near the intersection of the 17th Street and Imperial Avenue.

Over the past couple weeks, authorities have been clearing homeless people who has been camped out on sidewalks to allow the city to spray them down for Hepatitis.

At the end of the sweep, police had recovered a large number of needles, prescription medication and other drug paraphernalia.

Tyrone Wright has been homeless for the past year and questions whether these sweeps will do any good. "all you are doing is moving. You are not solving the situation," he said.

San Diego Police confirmed that the concered effort over the past couple week to move the homeless out of the downtown areas where they have concentrated in is to allow the city to spray down the sidewalks to curb the deadly Hepatitis A - which has already claimed 17 lives in San Diego.

Police said Wednesday's sweep is part of the city's effort to battle the epidemic, but homeless advocates aid these forced evacuations do nothing to address the systemic problem of homelessness.

San Diego Police said that along with clearing out the homeless encampments, they have also been working with other agencies to provide services for the homeless - including showing up with nurses to provide Hepatitis A vaccinations.

To report public areas in need of power washing, residents can contact their City Council representative, call the City's dispatch center at 619-527-7500 or make an online request at sandiego.gov.