A clinic providing shots to in a bid to contain a deadly hepatitis A outbreak continued Friday inside the community concourse outside San Diego City Hall. 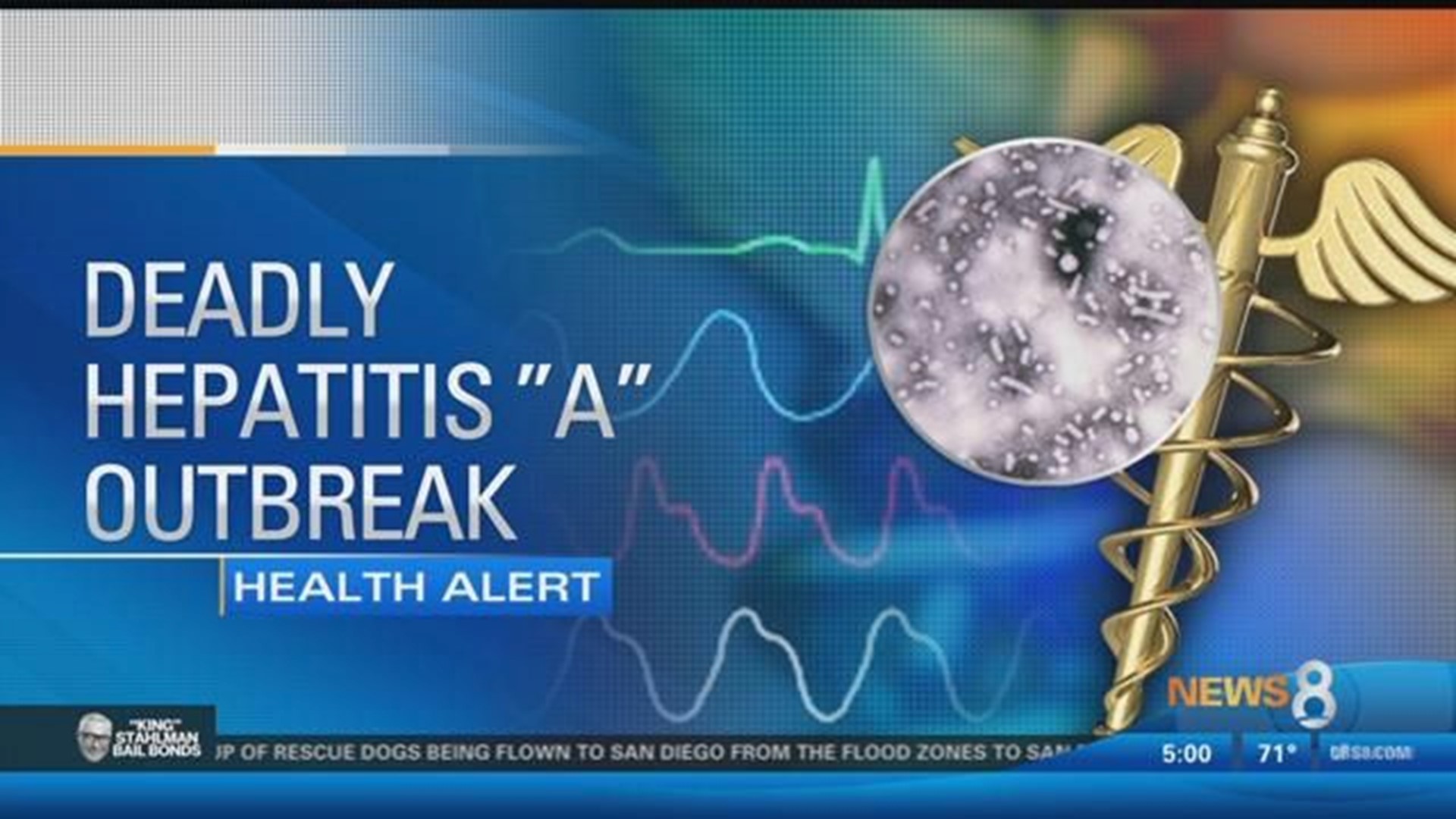 SAN DIEGO (NEWS 8 / CNS) - A clinic providing shots to in a bid to contain a deadly hepatitis A outbreak continued Friday inside the community concourse outside San Diego City Hall.

About 880 people received shots Thursday at the clinic, part of an extensive effort to curb the spread of the epidemic that has killed 16 people and sickened more than 400.

The clinic ran through 4 p.m., and was hosted by the city of San Diego, Downtown San Diego Partnership and American Medical Response, which provides the city with ambulance services.

Beyond the local Homeland Security office, Mayor Faulconer said he has no plans right now to ask for federal assistance. He does however, intend to continue working alongside city and county officials - an undertaking that will continue for quite some time.

The outbreak -- which started in November -- has primarily hit the homeless and drug users.

However, health officials encourage other groups of people to get vaccinated, including first responders, food handlers, health care professionals, service workers who interact with the homeless, workers in substance abuse programs and public transit employees.

More than 22,000 San Diegans have been vaccinated so far.

The city also is offering hepatitis A shots at public libraries.

Information can be obtained by calling 211 or going to 211sandiego.org.