How to trace your roots for free

For Black History Month, I was able to trace my family’s history back through Ellis Island to Barbados and England. 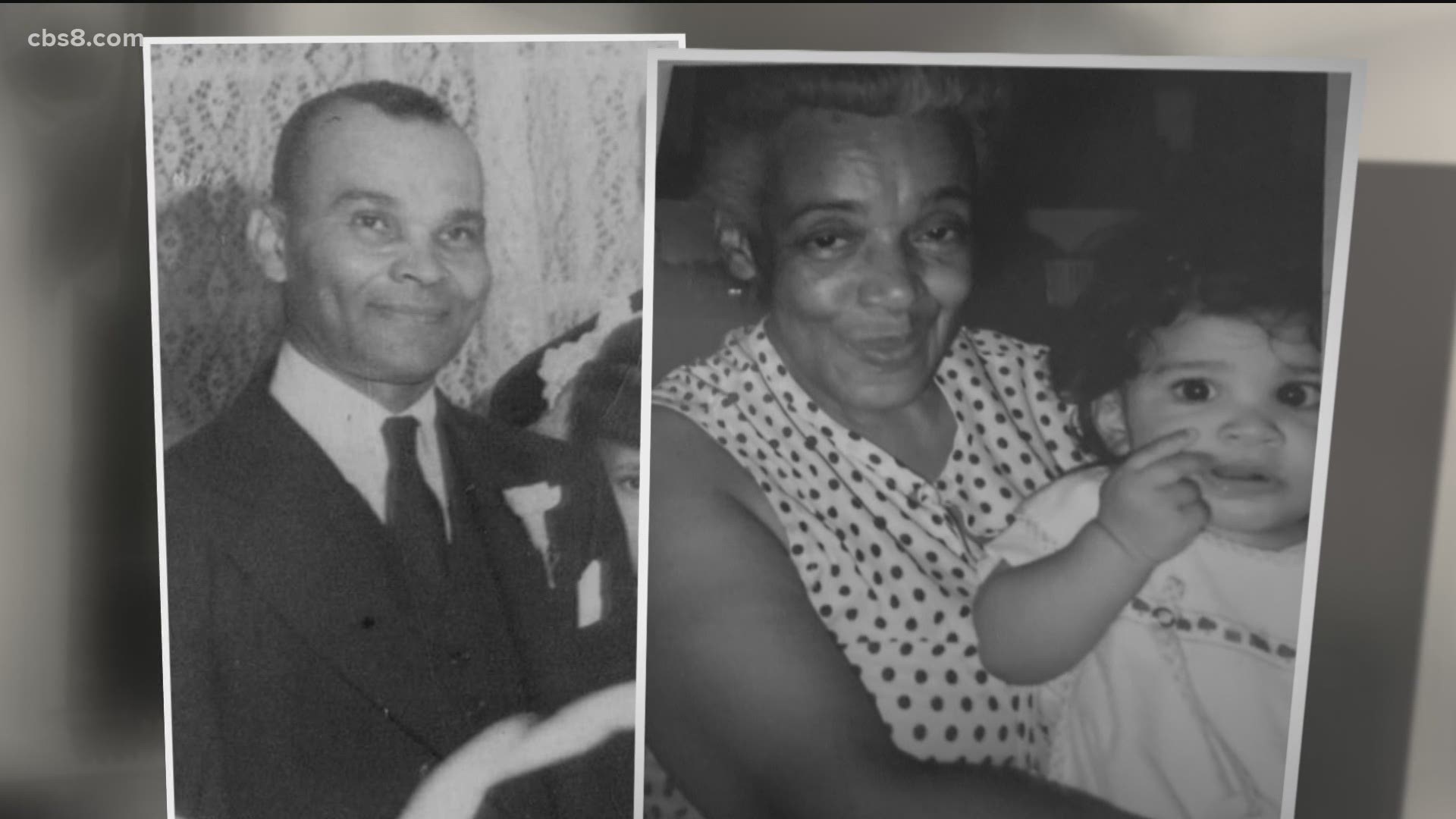 SAN DIEGO — Genealogy has become a popular indoor activity during the pandemic and it’s even easier and cheaper than ever before. The San Diego Public Library has temporarily made its Ancestry.com access available to patrons from home for free.

Normally, the service is only available at its branches and the Central Library maintains a cache of genealogical resources following a donation from the San Diego Genealogical Society. Volunteers from the group provide free assistance and guidance to help get people started although the in-person program is temporarily paused because of the pandemic.

“The secret is to start with yourself and your parents and what you know, and then from parents and relatives, what they know,” said Ken Robison with the society. “It's wonderful to help them do that and it's also for them, it's either tears or just excitement that it's like, ‘oh, my gosh, I didn't know that.’”

For Black History Month, I was able to trace my family’s history back through Ellis Island to Barbados and England. The library’s service allowed me to access church records, which are sometimes more accurate than government census data, for centuries.

African Americans may sometimes need to use alternative sources to find their ancestors.

“The reason being is we were considered chattel during slavery. So, being property, we weren't necessarily listed on the census reports,” said Yvette Porter-Moore, owner of Root Digger Genealogy Research Services, which specializes in researching African American families.

She recommends searching first names in census data and cautions it is usually a myth that slaves always took the surnames of masters. Sometimes checking several pages before and after can contain valuable clues because many families lived together.

If you believe your relatives were slaves and you’re struggling to find records, Porter-Moore suggests first finding all the slave owners in a community and look at trade documents to see if they rented slaves or checking wills and trust or agricultural reports because slaves were considered property. Sometimes ship cargo manifests can be helpful instead of passenger manifests for similar reasons.

Occasionally, a person’s race was misstated on documents, so she cautioned against discarding a potential match simply because they were listed as a race other than Black.

At some point, you may need to physically inspect records because not all data is available online.

“I actually went to North Carolina and was standing in the location where [my great-grandmother’s] land was and I didn't realize it until I went to the library out there,” said Porter-Moore, who has traveled across the U.S. following her family’s roots.

You may also consider taking a DNA test to help guide your search. It can reveal your ancestry makeup and suggest regions to search.

“In Europe and most parts of the world other than America, people don't move every three to five years,” said Robison.

He explained DNA companies often build their database by offering free tests in various parts of the world to serve as a baseline.

“It does really help. DNA is just one of those things. It's just one more tool, but you really have to do the paperwork and look at all the paper records that are out there,” he added.

With travel limited by the pandemic, Porter-Moore suggested reaching out to people in genealogy social media groups. Members often share ideas, and some may offer to go to inspect records where they live on your behalf.

“When you get started, sometimes you find yourself in this in this rabbit hole where you can't get out because it's so much there's so much information, but one lead leads to another,” said Porter-Moore. “It just starts building.”