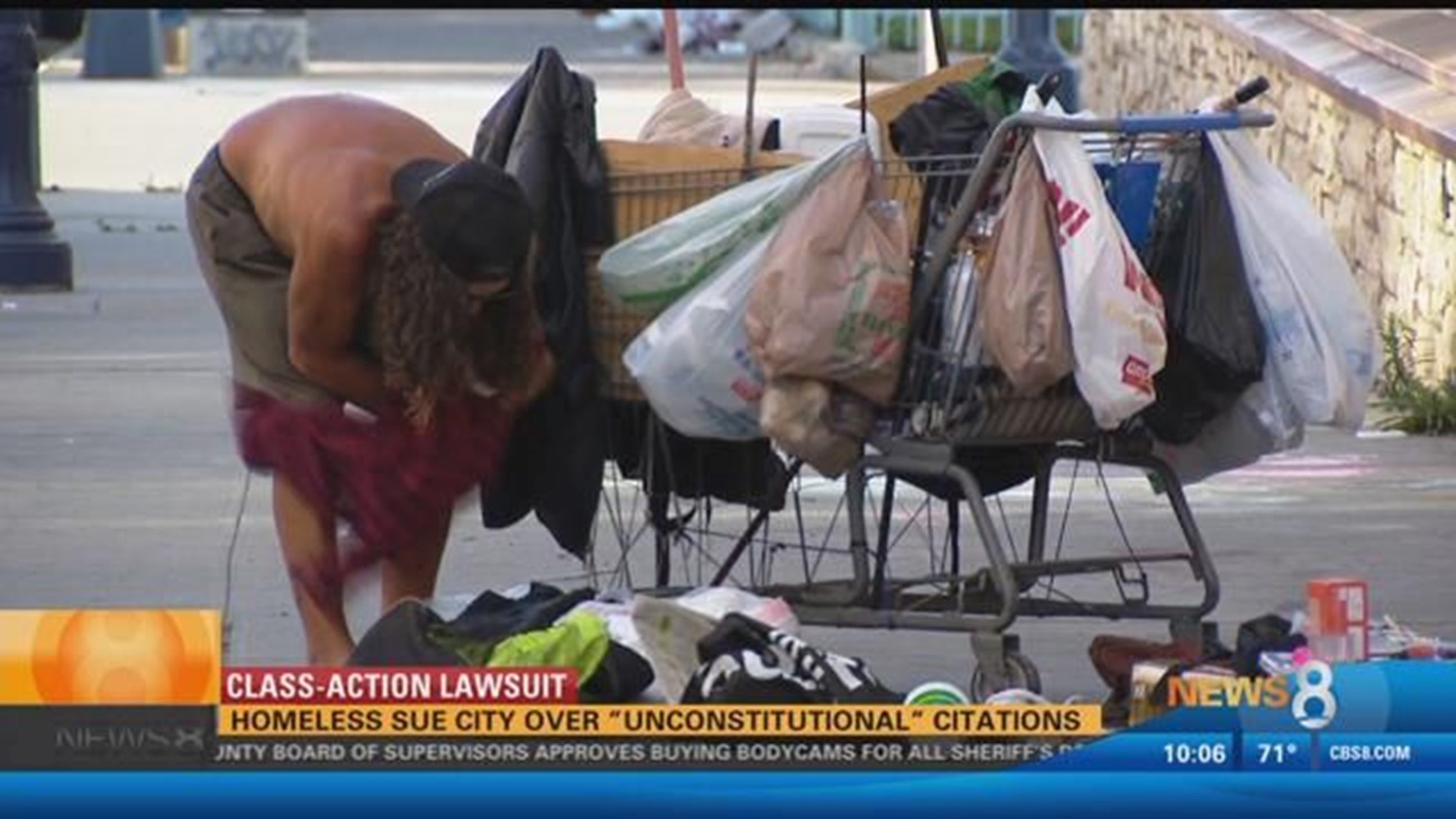 The law prohibits placing objects in the public right-of-way. Lawyers for the plaintiffs said it has become the city's primary enforcement tool to address homelessness.

"Talk to nearly anyone on the street, and chances are they have been cited or arrested for encroachment," said attorney Scott Dreher.

He said the way the city enforces the law doesn't provide for equal treatment.

"A business owner is given notice and warnings, whereas someone living on the street is punished on the spot, arrested, and pressured to sign a stay away order barring them from the area," Dreher said.

He said the law was initially enacted to address the placement of trash dumpsters.

The City Attorney's Office said its lawyers would review the complaint and consult with city officials.

The lawsuit, filed at the U.S. District Court in San Diego, alleges that homeless people can't avoid being targeted by the law.

"If people are living on the street, where do we expect them to put themselves and their things?" said attorney Kath Rogers. "The city is effectively punishing people for being homeless."

The lawyers said that if the lawsuit is successful, the city could no longer punish people living on the street for placing belongings on public property when they have no alternative.

They're asking for judicial findings that their clients' right have been violated, and for the city to be barred from using the law against the homeless in the future. They also asked that pending charges against their clients be dropped.

Dreher said he's been involved in prior cases that resulted in the city funding a storage center for homeless peoples' belongings, a ban on police destruction of personal property during sweeps and halting municipal enforcement of the state's illegal lodging statute between 9 p.m. and 5:30 a.m.