A San Diego icon is being sold as part of a multi-billion dollar deal. 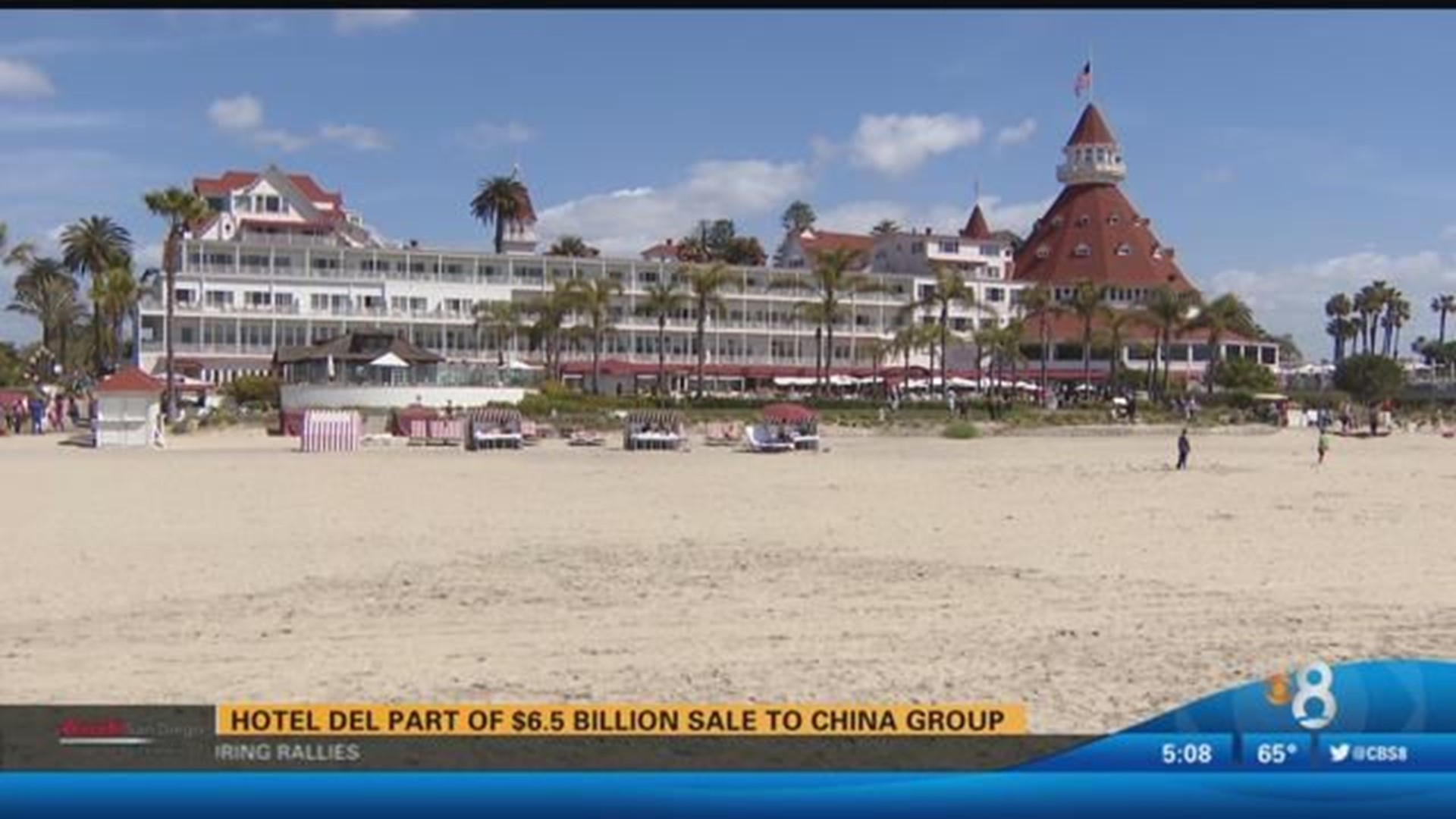 SAN DIEGO (CBS 8) - A San Diego icon is being sold as part of a multi-billion dollar deal.

According to the San Diego Union Tribune, the Hotel Del Coronado and the Loews Santa Monica Beach Hotel are being acquired by Anbang Insurance Group, which is based in Beijing. They bought the properties for $6.5 billion. Blackstone Group, a New York Private Equity Firm, agreed to sell its Strategic Hotels & Resorts Incorporated to the Chinese company. They own 16 luxury properties.

Those who live near the historic landmark say they were surprised by the price tag, but understand it's just business.

"We're not to impacted by who owns it. Just how it's managed is the more important part. Would rather see the dollar stay in the States, but China is the wealthy country right now," said Gary Bolander, a Coronado resident.

Anbang has already invested in several famous U.S. hotels, including the Waldorf Astoria in New York.

Neither companies have commented on the deal.

Opened in 1888, the Hotel Del has seven floors and 680 rooms. It's a national historic landmark and the second largest wooden structure in the nation.

Twelve presidents have stayed at the hotel, from Woodrow Wilson to President Obama, plus notable guests including Babe Ruth, Thomas Edison, Madonna and Oprah Winfrey.

This news was first reported by Bloomberg News.