The Secretary of Housing and Urban Development is in San Diego Monday morning to help homeless veterans. 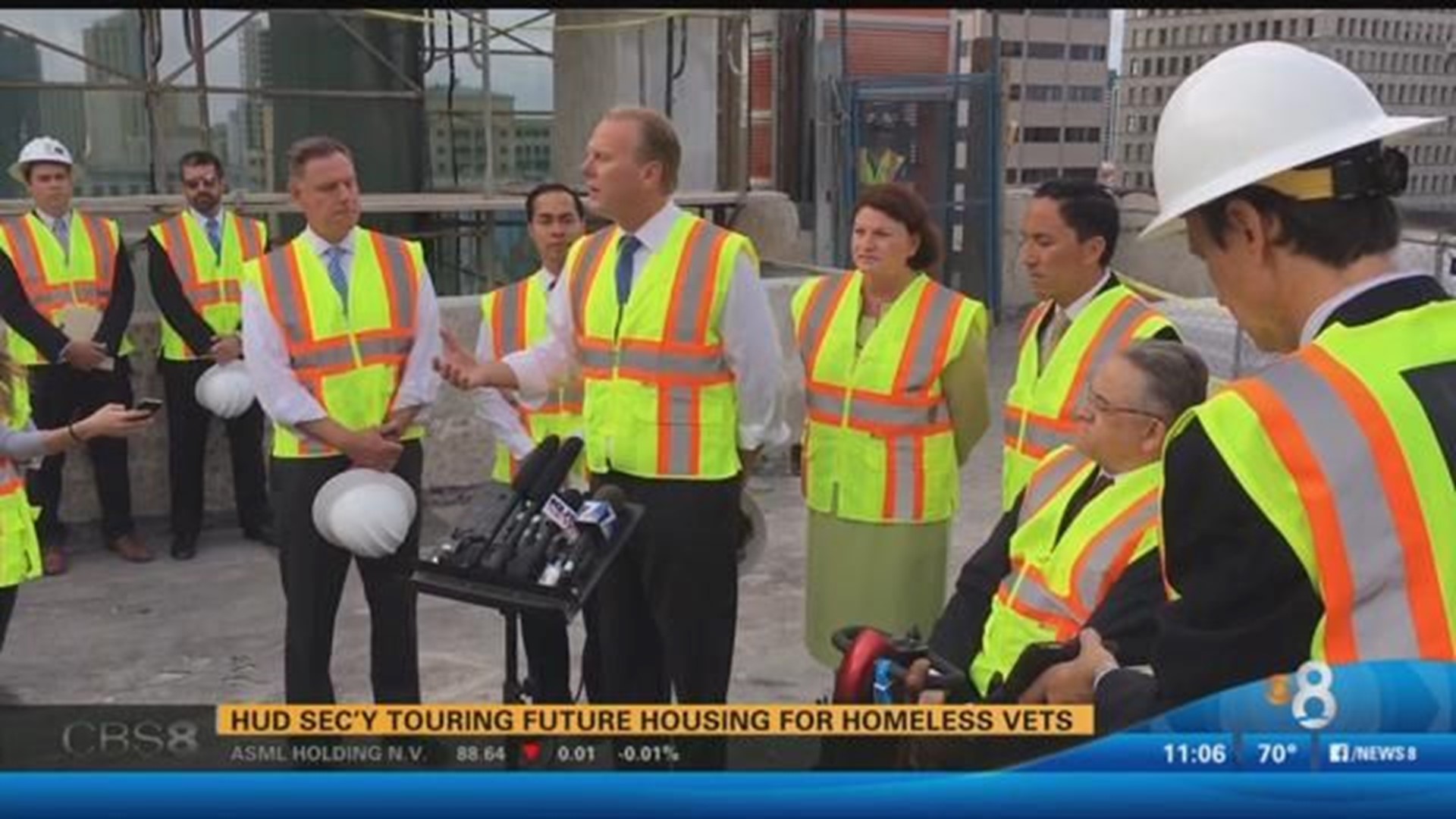 SAN DIEGO (CBS 8) - The Secretary of Housing and Urban Development was in San Diego Monday morning, looking at ways San Diego is trying to fight homelessness among veterans.

The hotel, which was built in the early 1900's, will be renovated to create 72 studios for homeless veterans, adults leaving corrections facilities and at-risk youth. The renovated facility will have social services on-site to assist residents.

"What we're trying to do is to do as much as we can to help people transition into permanent supportive housing and when it comes to vouchers, more veterans receiving housing," said Mayor Kevin Faulconer.

During the tour, Mayor Faulconer talked to the group about how the federal formula for homeless funding hasn't changed since the 1970's. San Diego is currently ranked 19th for federal assistance, but the city has the 5th largest homeless population in the country.

The renovation of Hotel Churchill is part of a three-year homeless action plan to eliminate homelessness which launched in November 2014. Leaders say San Diego has spent $68 million in its efforts, however, they say more needs to be done.

"Keep on working to let folks know that when it comes to San Diego, you very much are on our radar screen," said Secretary Castro.

The U.S. Department of Housing and Urban Development contributed more than $11 million to the Hotel Churchill project. Secretary Castro says that by spring of 2016, city and state leaders can make comments on why more federal dollars need to be moved around to help a greater number of homeless people in San Diego, an opportunity local leaders haven’t had before.

"The city is getting it right. Embracing a housing first model and looking for creative ways to create more units," said Castro.

Nearly 1,500 of the homeless in San Diego are veterans.