The Coast Guard was keeping an eye out Tuesday for a humpback whale entangled in fishing gear that was spotted off the San Diego coast. 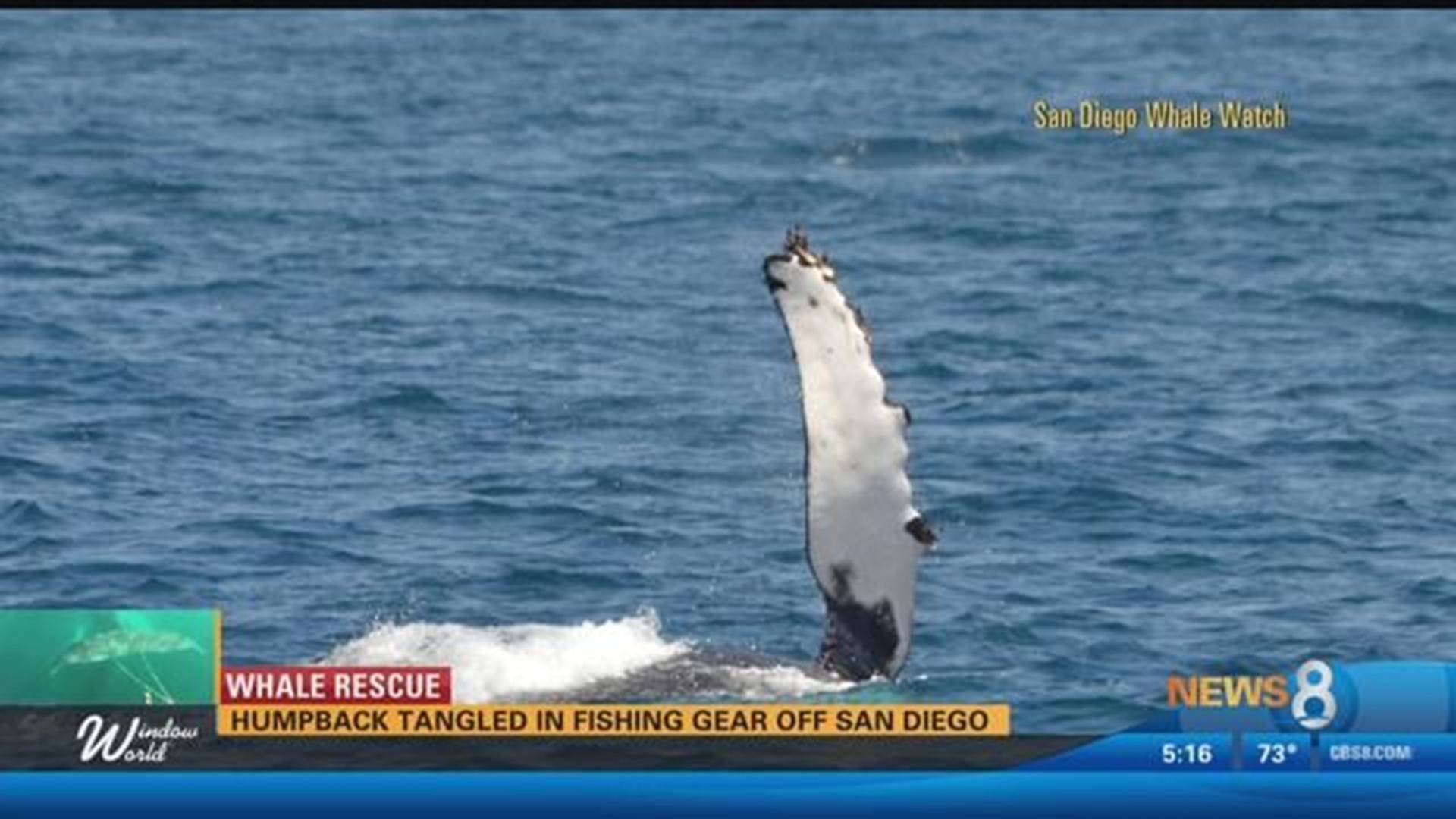 SAN DIEGO (NEWS 8) — The Coast Guard was keeping an eye out Tuesday for a humpback whale entangled in fishing gear that was spotted off the San Diego coast.

It was seen over the weekend by a whale-watching boat.

"We saw a lot of splashing activity, there was a lot of thrashing around," said Captain Cristin Kelly.

Kelly was with a group with San Diego Whale Watch onboard the Privateer when the whale was spotted tangled in fishing gear.

"To watch something and be helpless in that situation, is heartbreaking for all of us," said Fasser.

The humpback was the latest tangled whale spotted off the coast of California.

According to the National Oceanic and Atmospheric Administration or NOAA, over the past few years, the numbers have been on the rise ..

Due to higher densities of whales closer to shore, and because of public awareness, more people are reporting sightings

Crews spent nearly eight hours cutting off the lines wrapped around it, through its mouth and around its tail. The task was not only grueling, but disentangling an animal can be very dangerous.

That danger was highlighted earlier this month during an incident in Canada when Joe Howlett, the founder of a whale rescue group, was killed by a whale during a rescue operation.

A member of the team told reporters the whale hit Howlett as it was swimming away after being freed.

"They're really beautiful animals. They're important to the ecosystem," said Capt. Kelly. "Anytime we see an animal in distress its heartbreaking."