Dozens of protesters aligned with organized labor and social justice organizations demonstrated Wednesday in downtown San Diego against an organization that they contend allows corporate lobbyists ... 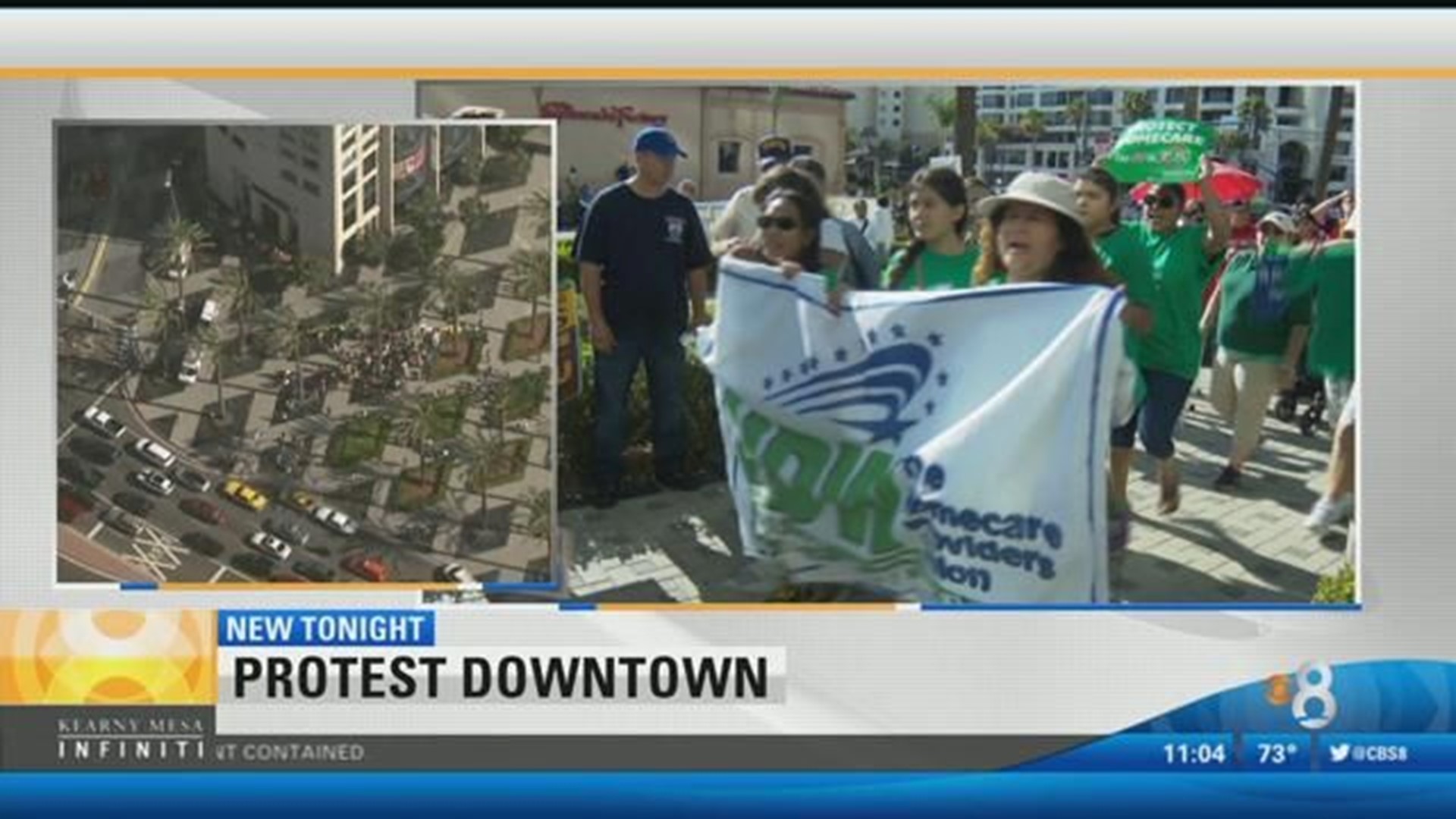 SAN DIEGO (CNS) - Hundreds of protesters aligned with organized labor and social justice organizations demonstrated Wednesday in downtown San Diego against an organization that they contend allows corporate lobbyists to cozy up to lawmakers.

The organization, the American Legislative Exchange Council, is meeting this week at the Manchester Grand Hyatt.

A spokesperson for ALEC, which bills itself as the nation's largest nonpartisan voluntary membership organization of state legislators, could not be reached for comment.

The council is governed by state legislators who comprised the board of directors and is advised by the Private Enterprise Advisory Council, a group of private, foundation and think tank members. On its website, the group touts limited government, free markets and federalism.

Francine Busby, chairwoman of the San Diego County Democratic Party, called ALEC a group of extremists and, at a news conference before the peaceful demonstration, demanded that Mayor Kevin Faulconer not make a speech at the conference.

Common Cause President Miles Rapoport characterized the conference as "a festival of closed-door deal-making by politicians, corporate executives and lobbyists. They gather to do the public's business in private, fashioning legislation that undercuts the public interest in things like clean air and water, quality public schools, economic fairness and participatory democracy."

Faulconer was going to make welcoming remarks of about five minutes each to state legislators, and a group of city and county officials from around the country, mayoral spokesman Matt Awbrey said.

Republican presidential hopefuls Scott Walker, the Wisconsin governor, and Mike Huckabee, the ex-Arkansas governor, are scheduled to speak at the conference on Thursday.