Hundreds roll through car-free streets of San Diego for CicloSDias

SAN DIEGO (NEWS 8) — Ghouls and goblins took over the streets of Downtown on Sunday for the fifth annual CicloSDias.  Families decked out in Halloween costumes roamed and rode through the neighbor... 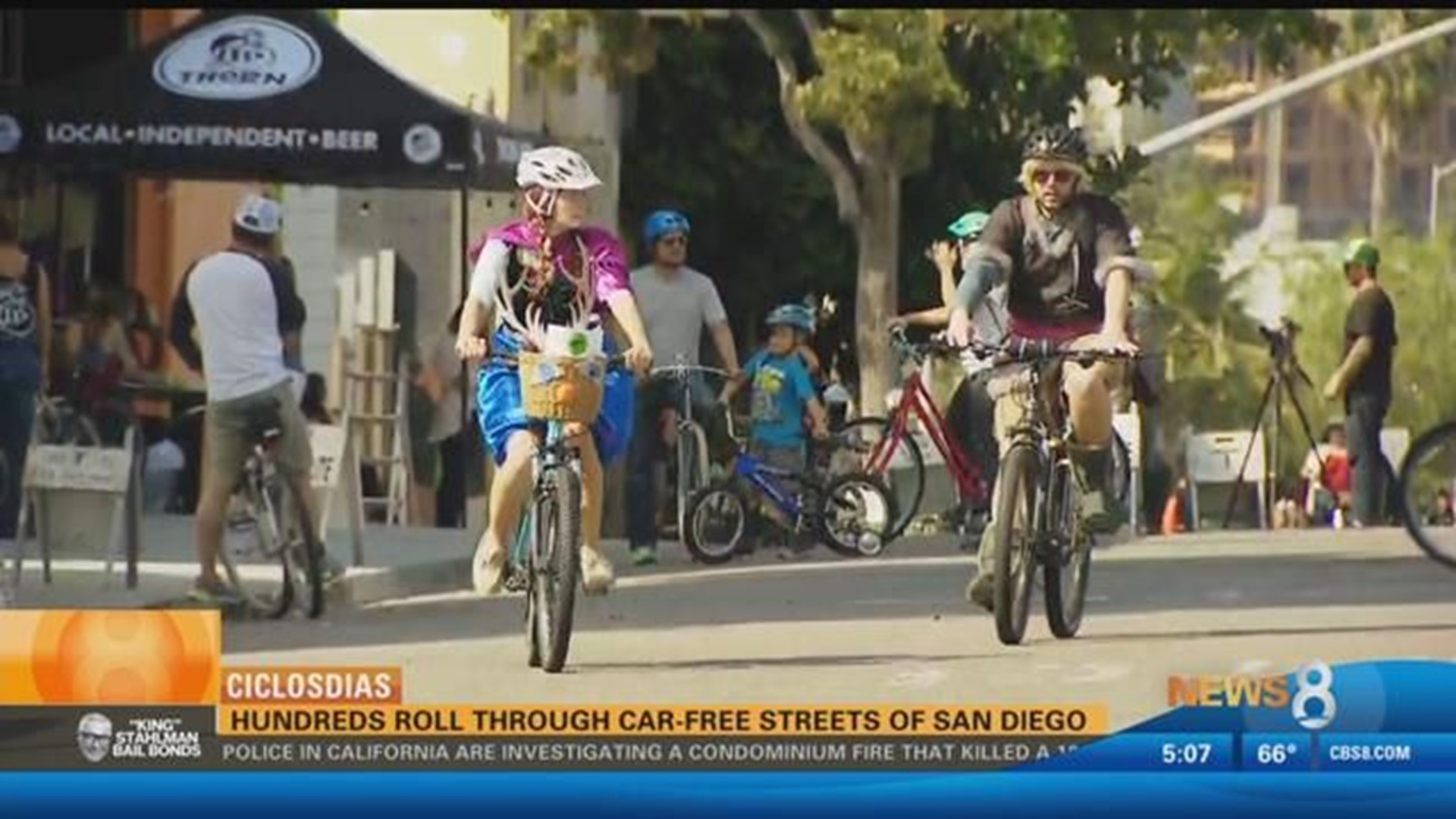 SAN DIEGO (NEWS 8) — Ghouls and goblins took over the streets of Downtown on Sunday for the fifth annual CicloSDias.

Families decked out in Halloween costumes roamed and rode through the neighborhood without having to worry about traffic.

It's about the only day where you can see sights like people riding bikes in tutus and a waving hot dog on wheels.

"We have a 3-mile route of car-free streets right here in the heart of Downtown," said Andy Hanshaw, Executive Director of the San Diego County Bike Coalition.

The route crossed through the communities of the East Village, Gaslamp Quarter and Barrio Logan.

"We live downtown and we saw all of the roads closed," said cyclist David Andaleon who – along with his 7-year-old twins Max and Fin - suited up with helmets.

The all-wheel events included folks on skateboard, scooters, walking dogs while biking and some dressing up as a family.

"Connecting communities through movement, through people, through fun, through activities," said Hanshaw.

Some activities included games like life-size "Connect 4" and cornhole, along with live music.

The goal is to get more people out of their cars and active on the streets.

"It's a good way to spend a beautiful day in San Diego," said Tim Sernett from SoCal Penny Farthings. "The heat is gone and the pedal is on."