The husband of an El Cajon woman found brutally beaten, who later died of her injuries, has been arrested for murder, News 8 has learned. 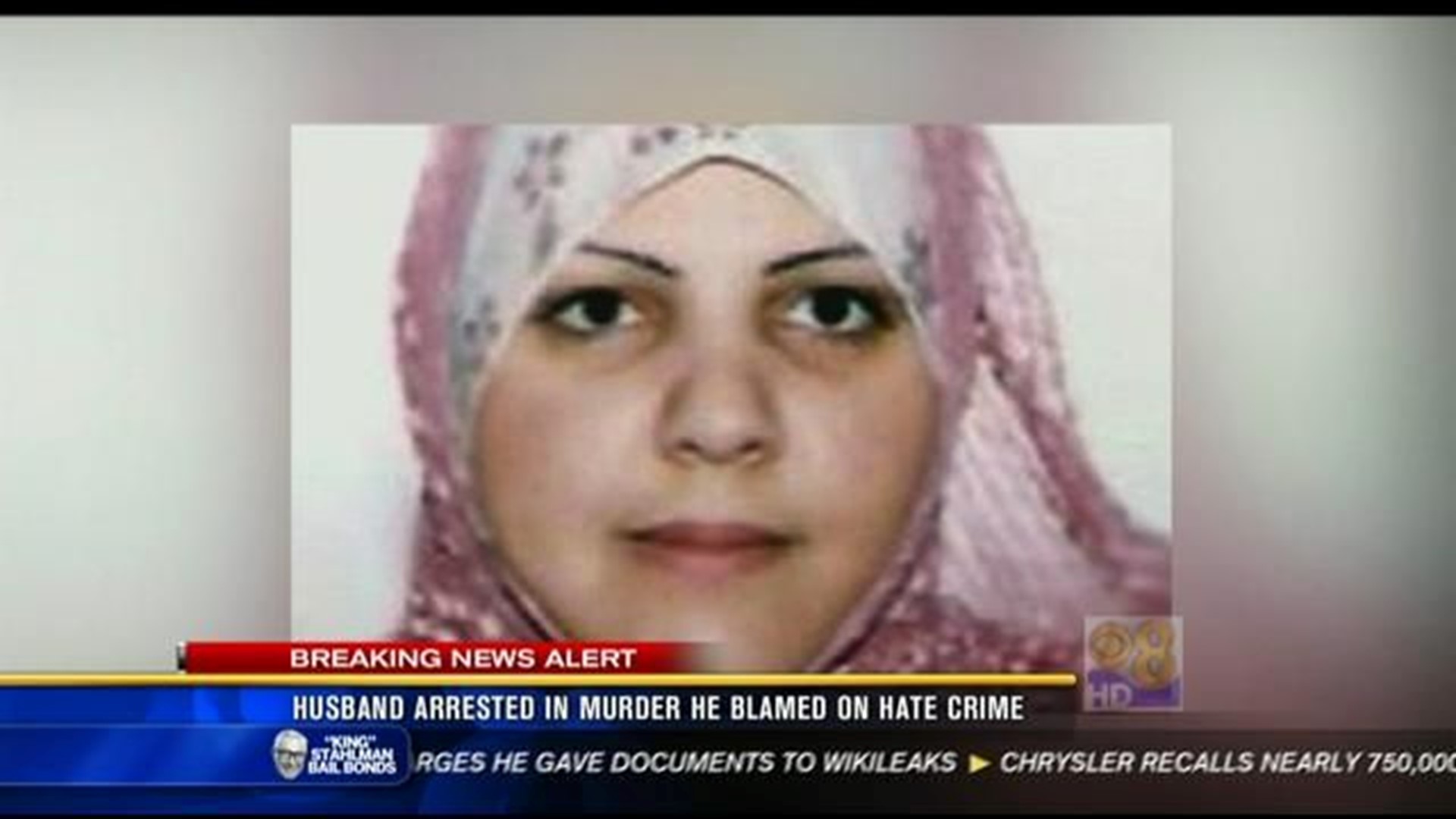 EL CAJON, Calif. (AP) — The husband of an Iraqi-American woman whose beating death initially raised fears of a hate crime was arrested on suspicion of murder in what police described Friday as an act of domestic violence.

The killing of 32-year-old Shaima Alawadi drew international attention in March when the couple's 17-year-old daughter told reporters that she found a note by her mother's bludgeoned body that read: "Go back to your country, you terrorist."

Redman said there were no other suspects. He declined to comment on the evidence or elaborate on a possible motive.

"Criminal investigations build, evidence builds, and you reach a point where you have enough evidence to move forward, and that's what happened in this case," he said.

Alhimidi went to Iraq for about two weeks to bury his wife and returned voluntarily, Redman said. Police did not try to prevent him from leaving the country because he was not a suspect at the time.

At the burial in Najaf, relatives wept uncontrollably. Alhimidi and the 17-year-old daughter, Fatima, fainted as the body was lowered into the grave.

Kassim Alhimidi was publicly silent for six days after the body was found, while his children grieved openly with reporters. In his first public remarks — made at a news conference at the family's mosque in Lakeside — he demanded to know what motivated the killer.

"The main question we would like to ask is what are you getting out of this and why did you do it?" Alhimidi said in Arabic as his 15-year-old son translated.

Alhimidi also urged anyone with information to contact law enforcement and thanked the Iraqi government for flying his wife's body to Iraq. He declined to answer reporters' questions.

Alhimidi is expected to be arraigned Tuesday, said Tanya Sierra, a spokeswoman for the San Diego County district attorney's office. She declined to specify charges and didn't know if Alhimidi had an attorney.

Alawadi, a mother of five, left Iraq in the early 1990s after a failed Shiite uprising. She lived in Saudi Arabian refugee camps before coming to the U.S., according to Imam Husham Al-Husainy of the Karbalaa Islamic Education Center in Dearborn, Mich. Saddam's troops hanged Alawadi's uncle.

The family arrived in the Detroit area in 1993 and later moved to San Diego. Shaima Alawadi was a religious Shiite Muslim who wore a hijab.

The investigation appeared to hit a snag when a court employee inadvertently gave a reporter a search warrant affidavit that was ordered sealed by a judge. The document said detectives found a text message sent from the 17-year-old daughter's cell phone that read, "The detective will find out tell them cnt talk."

The affidavit, which was released while the family was in Iraq for the burial, said Alawadi wanted to get a divorce and move to Texas. It also said Fatima Alhimidi was distraught about a pending arranged marriage with a cousin.

Redman said detectives were in contact with Kassim Alhimidi during the investigation. The police chief declined to say what authorities told him when they asked him to come to the police station Thursday.

Redman said he never doubted that Alhimidi would return from Iraq after burying his wife.

"We believe he came back because he lives here," he said.