Industrial explosion at a Poway business

Emergency crews are on the scene of an industrial explosion at a Poway business. 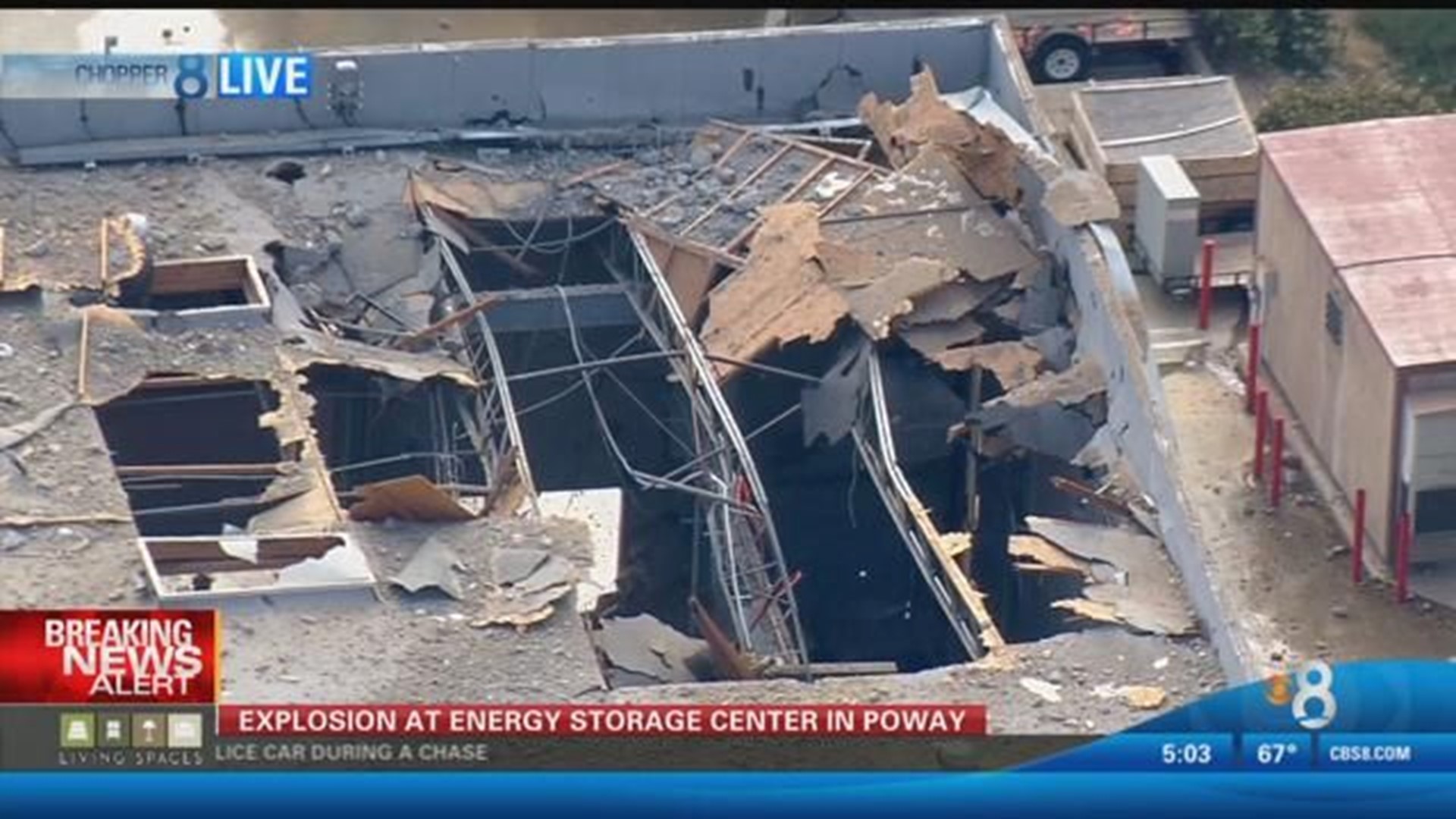 SAN DIEGO (CBS 8/ CNS) - Emergency crews are on the scene of an industrial explosion at a Poway business.


The explosion is a result of an apparent industrial accident at Quantum Energy Storage in the 13,000 block of
Gregg Street
near Scripps Poway Parkway shortly before 1:00 p.m., according to a sheriff's lieutenant.


Five people were injured, and four of them were taken to a hospital with non-life threatening injuries according to authorities.

"It felt like an earthquake," said one witness who felt the explosion.

Twisted metal could be seen hanging from the side of the building.

Deputies evacuated the building as firefighters conducted their investigation. The are ruling it an industrial accident.

Though the explosion was not believed to be criminal in nature, the sheriff's Bomb/Arson Unit was called in to investigate, officials said. The cause remained undetermined in the late afternoon.

A county hazardous-materials team also responded, testing the air and grounds and finding nothing toxic or unhealthy.

The structure will remain off-limits to public until further notice, authorities said.