A memorial is being held Friday for 21-year-old Rachael Callahan whose life was cut short by a suspected drunk driver. She died Monday in a head on collision in Ramona just yards from her home. 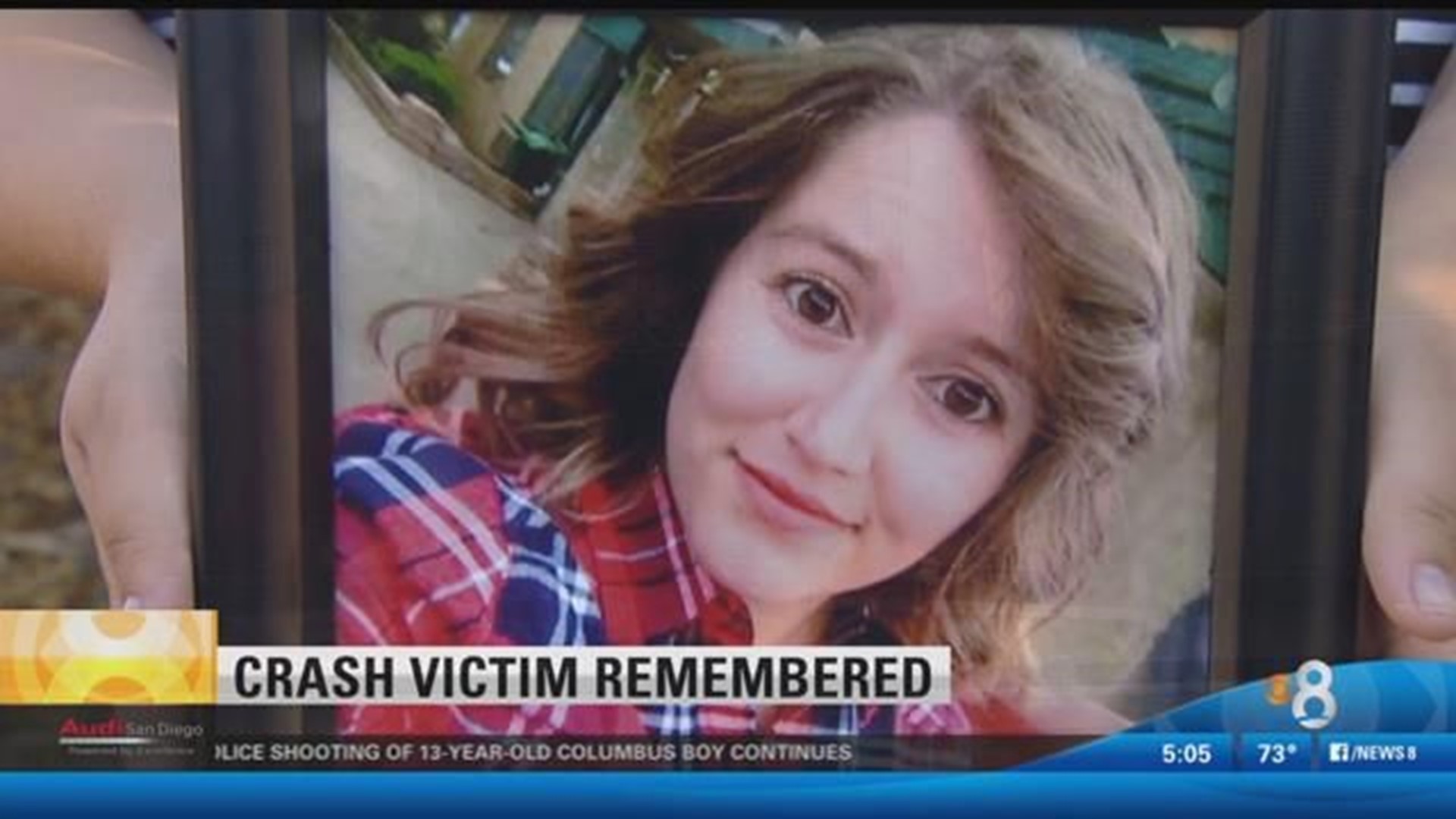 SAN DIEGO (CBS 8) - A memorial was held Friday for 21-year-old Racheal Callahan who was killed by a suspected drunk driver in Ramona.

Callahan was headed west on Vista Ramona Road on her way home from work when a 2003 Ford F-250 veered out of an eastbound lane and struck her Nissan Altima head-on near Old Julian Highway about 4:15 p.m. Monday, according to the California Highway Patrol.

Callahan's family members asked that donations in her name go to MADD (Mothers Against Drunk Driving) and to an organization benefiting childhood diabetes research.

CBS News 8's Steve Price is at the memorial where family and friends are saying their final goodbyes.