Across San Diego, there were several events Thursday aimed at inspiring and empowering women. 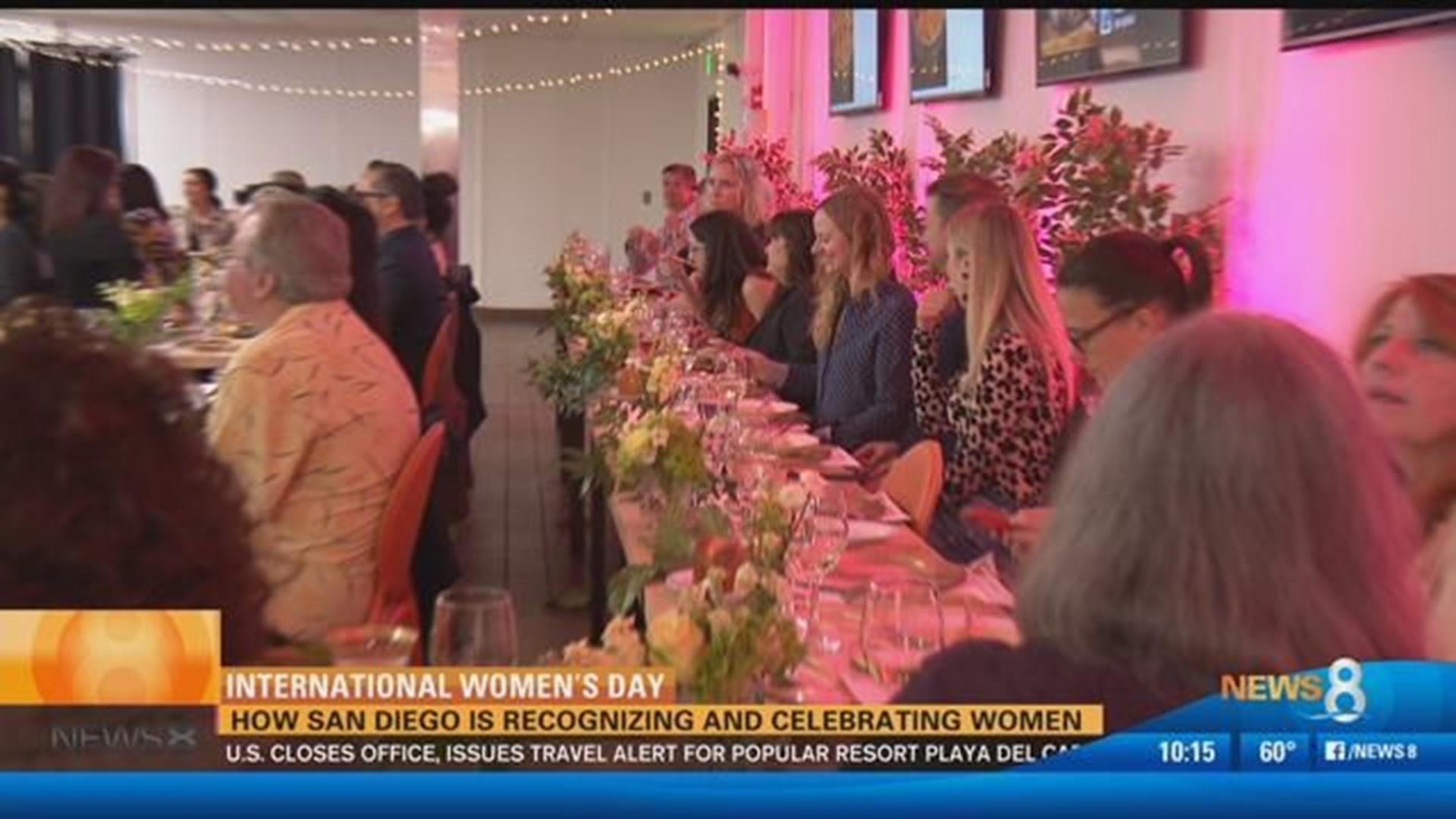 Women were being celebrated and recognized for International Women's Day - and also helping other women around the world.

"I'm so happy to be celebrating women all over the globe," said retired teacher Tina Kafka.

"It's really nice to see a lot of momentum behind these really strong women and what they creating," said SDSU Study Abroad Director Adrienne Richart

"It's really nice to be comfortable to express ideas or to share ideas," said Specialty Produce Chef Kat Humphus.

"She is larger than life," said Humphus.

The $4,000 raised at the event goes to Project Concern International's Women Empowered Program that helps underserved woman across the globe.

The chefs featured at Thursday's event were:

But being a woman chef is about more than cooking.

"You are using science to get the flavors and what works together and using math," said Sarah Pagno, Managing Director of the San Diego Festival of Science and Engineering.

Women in STEM – science, technology, engineering and math – were also celebrated across San Diego including by Ramona High School's "Femineers."

"I thought when I joined I would be a biology major, but now I am more interested in engineering," said high school senior Jenni Kao.

"I started as an engineer back in the day when I worked with only men and I want to see that change," said Escovedo.