Many people are aware the U.S. Navy keeps bottlenose dolphins in San Diego Bay for military purposes. However, not everybody realizes these same dolphins frequently are used for medical research. 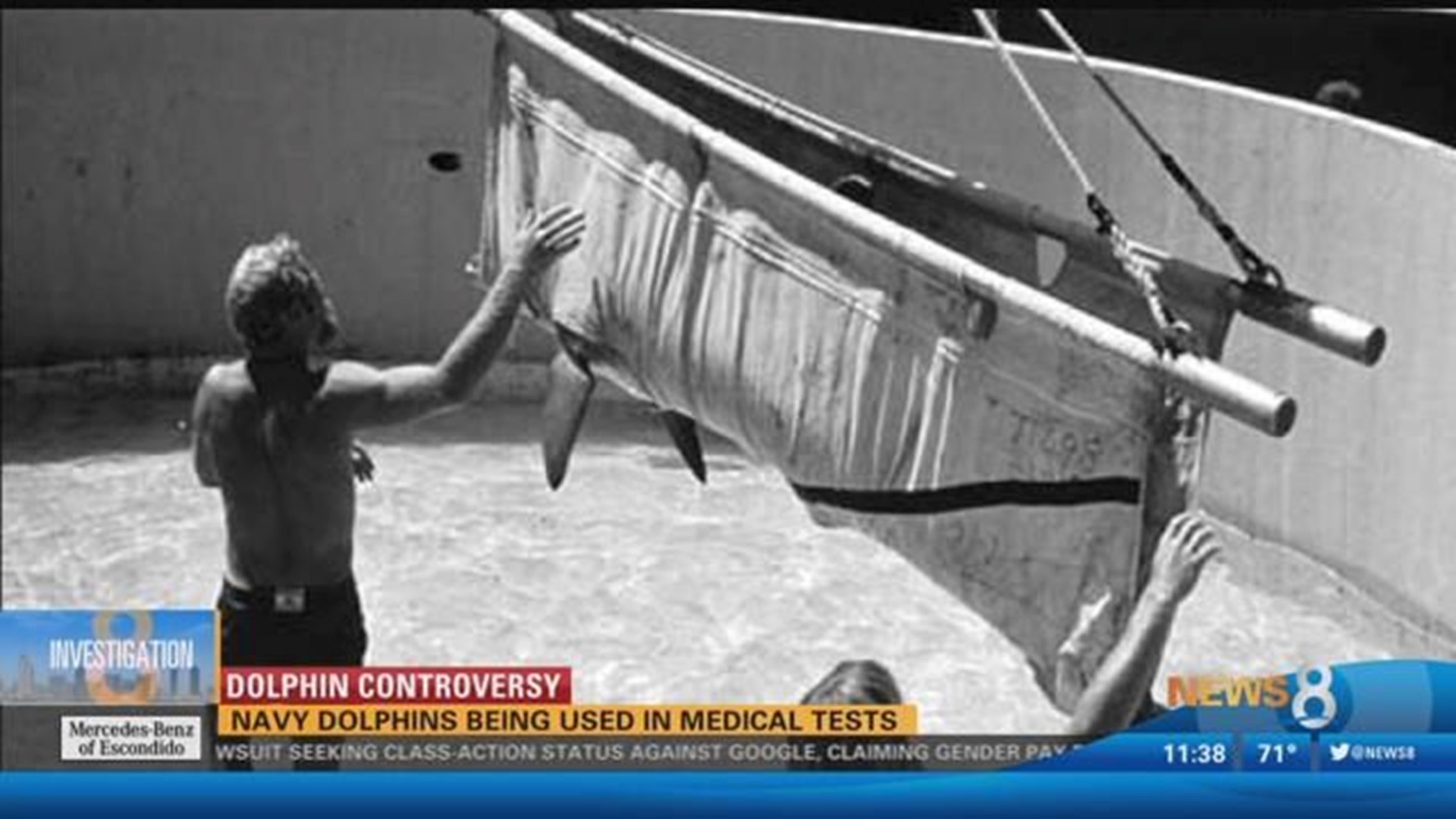 However, not everybody realizes these same dolphins frequently are used for medical research, some of it quite invasive.

Navy bottlenose dolphins are trained to detect underwater mines as part of a military mission.  The medical research conducted on Navy dolphins, however, is aimed more at curing human diseases like type 2 diabetes.

“A few years ago we discovered that dolphins may have a switch that can turn diabetes on and off.  Imagine what this would mean to animals and humans with diabetes if we could simply turn it off,” said Dr. Venn-Watson in a 2015 NMMF promotional video.

Kept in pens on San Diego Bay for decades, the Navy dolphins have developed a number of chronic diseases similar to those in humans; diseases like kidney stones, liver disease, iron overload and prediabetes symptoms.

“The prevalence of these conditions in the Navy dolphin program is much higher than in the wild,” said Dr. Naomi Rose, a marine mammal scientist with the Animal Welfare Institute in Washington, DC.

“If you're going to keep them in captivity then the research you do with them has to have a direct, positive input into their conservation in the wild.  It has to be of value to (the dolphins),” Dr. Rose said.

Some of the research the NMMF conducts does, in fact, focus on conservation.  It can also be invasive to varying degrees.

In a 2016 study, dolphins were given cortisone – a hormonal steroid – to determine what levels can be measured in the animal’s blubber.  The study required up to nine blubber biopsies, obtained from the dolphins’ backs over five days.

“A cold pack was placed on the skin of the biopsy site for several minutes just prior to the biopsy procedure in order the numb the site,” the study’s researchers wrote.

“Two to three needle punches were required per sample to obtain sufficient blubber,” the study revealed.

In a 2008 study and another study in 2011, the Navy dolphins were subjected to near freezing water, in part, to find out if the animals could live in the frigid ocean waters of a Navy sub base in Washington State.

Over the course of ten days, the dolphins were monitored for indications of cold stress, such as increased respiration rate and shivering.

“They basically forced these animals into temperature conditions that were completely outside their physiological norm. All to justify moving them to this submarine base,” said Dr. Rose, referring to the 2008 study.

In a 2010 study, NMMF scientists used a feeding tube it force a gallon of seawater into the stomachs of Navy dolphins.  The purpose was to monitor osmoregulation – water and salt levels – in the dolphin’s body.

A catheter was placed into the dolphin’s bladder to obtain urine samples over a period of 25 hours.

Some of the dolphins objected to the procedure and the study on those animals was halted, according to the published paper.

“The animal doesn't actually want to be part of it.  It's expressing that discomfort.  It shows reluctance to participate.  You've got an issue there,” said Dr. Rose.

The National Marine Mammal Foundation declined to be interviewed for this report.

Dr. Venn-Watson currently is on a leave of absence from the Foundation.

She is pursuing her own, for-profit venture – a company called Epitracker – under an exclusive research license from the Navy.