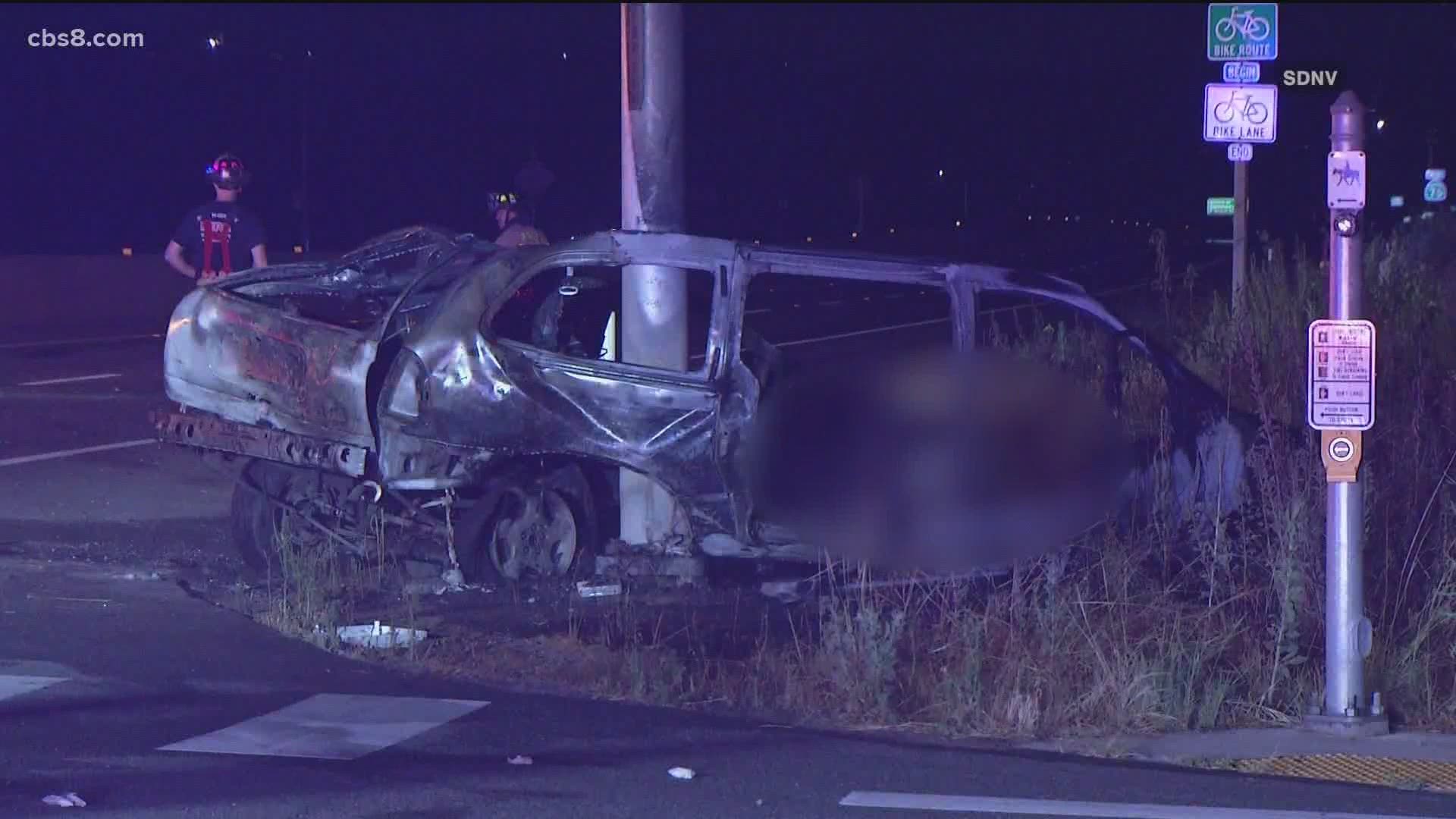 SAN DIEGO — A motorist was killed early Thursday in a fiery crash at an intersection on State Route 76 in Fallbrook.

A 1999 Dodge minivan heading westbound on SR-76 traveled through the intersection at Via Monserate and slammed into a traffic signal light pole, Latulippe said. The Dodge caught fire and became fully engulfed, with the driver trapped inside.

The victim, who remained unidentified as of the late morning, was pronounced dead at the scene, the officer said.