Caltrans reported the victim was a contractor who was struck in a construction work zone. 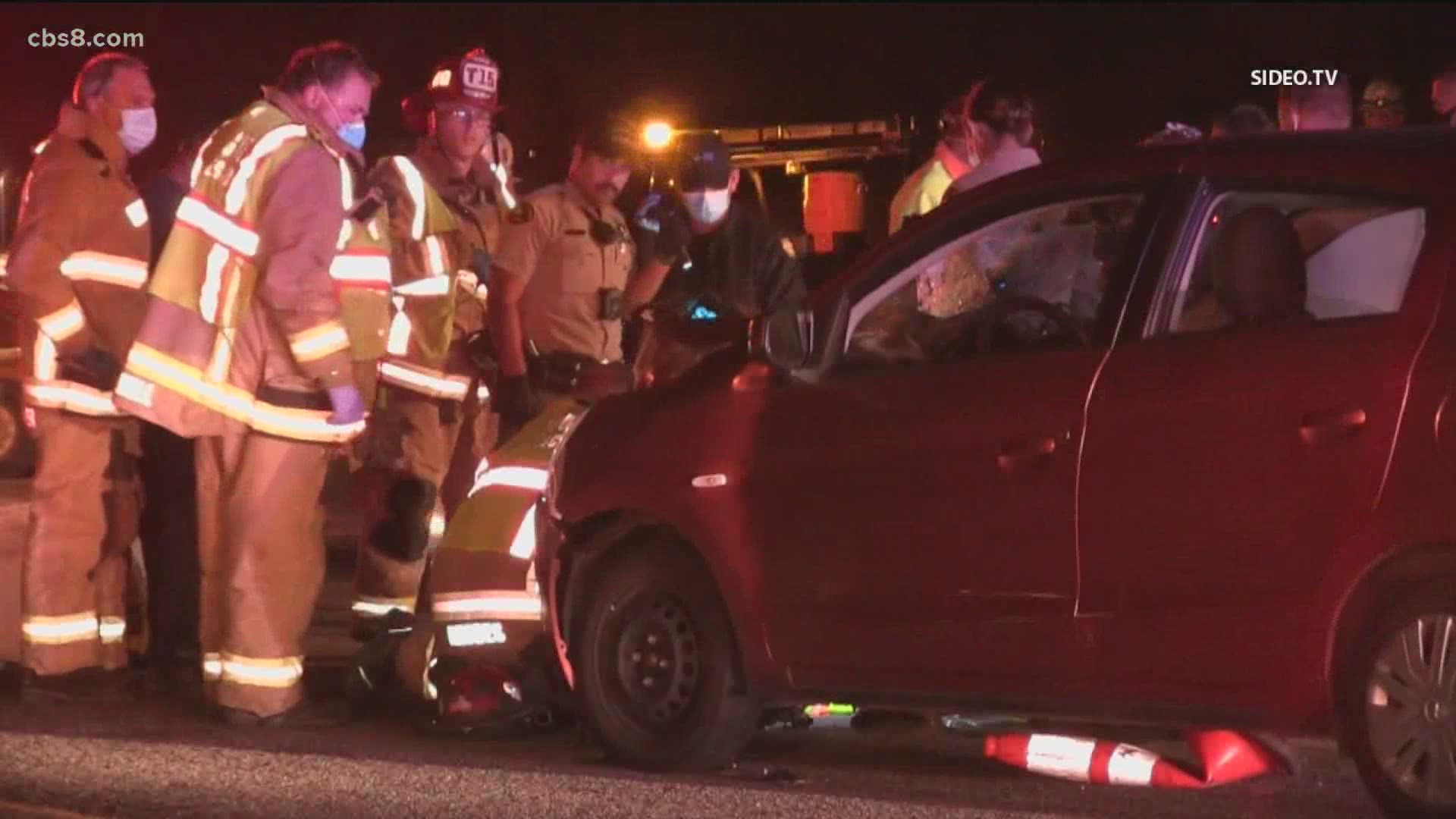 SAN DIEGO COUNTY, Calif. — A 41-year-old construction worker was fatally struck Wednesday when a driver veered into an active construction zone on State Route 94 in Spring Valley, according to the California Department of Transportation.

The crash was reported shortly after midnight on eastbound SR-94 near Avocado Boulevard, according to the California Highway Patrol.

Caltrans reported the victim was a contractor who was struck in a construction work zone. The victim was pronounced dead at the scene, the CHP reported.

The involved driver remained at the scene and cooperated with the investigation. At this time, alcohol and or drugs are not believed to have played a factor in this collision.

About 20 minutes after the initial crash, a separate crash involving three vehicles was reported on eastbound SR-94 west of Avocado Boulevard, according to the police.

Police said a driver rear-ended a car that was pushed into another vehicle. Two people from that crash were taken to a hospital for treatment of minor injuries.

State Route 94 eastbound at Avocado Boulevard was closed for approximately 7 hours while the investigation was conducted.

The circumstances leading up to the crash were under investigation.

The name of the victim will be released once family notification has been made.