Four people jumped over the concrete wall on the south side of the freeway for unknown reasons. 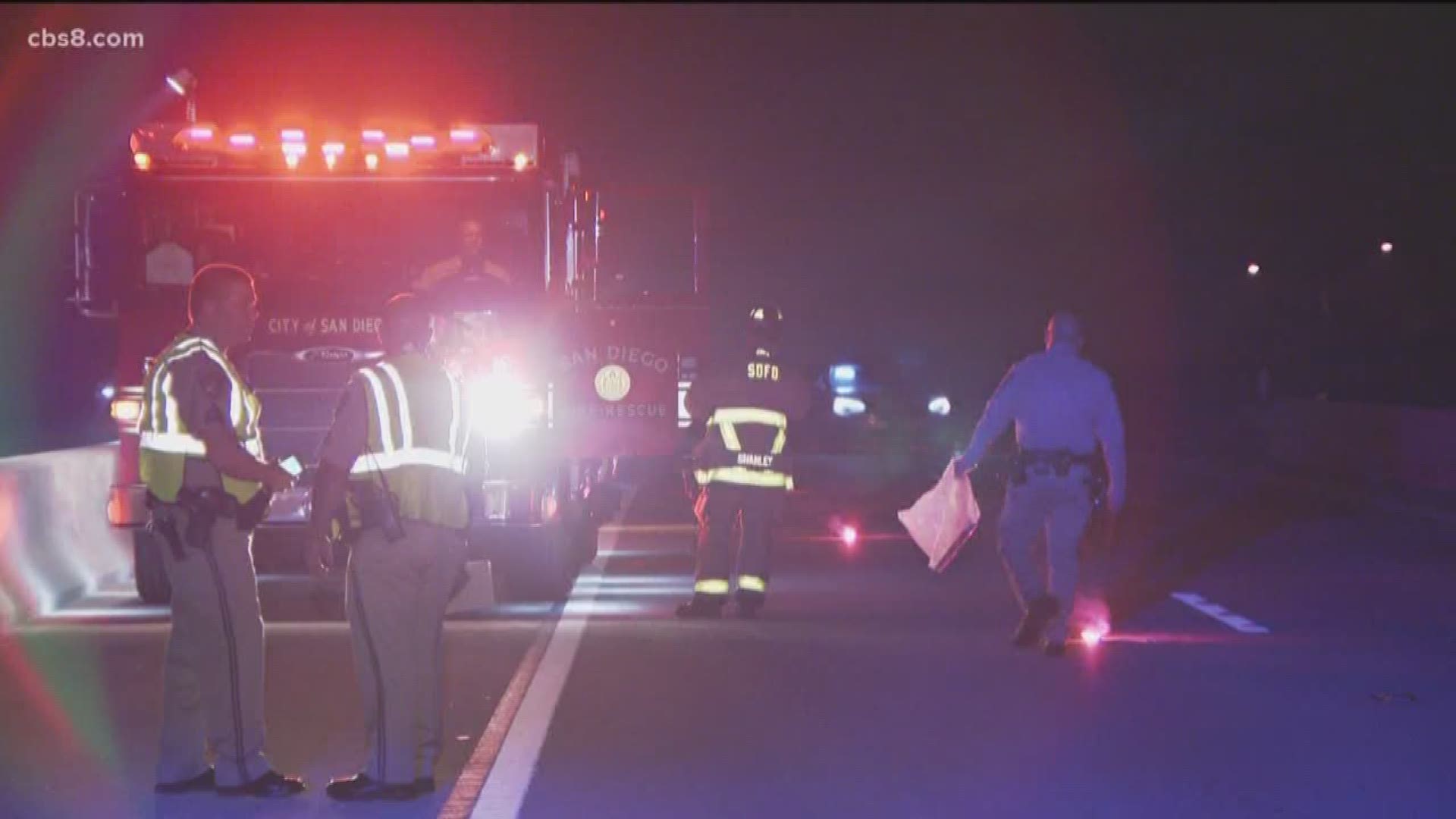 A 2012 Nissan Altima was being driven eastbound on the freeway -- with six people inside -- when it spun out and crashed into a metal guard rail on the north side of the freeway, Sanchez said.

The sedan came to rest blocking the left lane of the bridge over Gonzales Creek and the car's six occupants got out and began running southeast toward the right shoulder of the freeway, the officer said.

Four people jumped over the concrete wall on the south side of the freeway for unknown reasons while the other two people continued heading eastbound on the right shoulder, Sanchez said.

"I can't speculate for why - whether it was traffic or they didn't want to be around the car," said Sanchez. "It's hard to say what made them do what they did because we don't have anybody to talk to right now."

Emergency personnel responded to the scene and found an 18-year-old man who was identified as Ortiz Jr., Ruben, a 15-year-old girl, a 14-year-old girl and another man, whose age was not immediately available, about 80 feet below the freeway, he said.

“Caltrans extends its sympathies to the families of the deceased and hopes for a quick recovery for the injured. Although Caltrans will be looking into this incident, we want to allow the CHP to conduct and conclude their investigation.”

Sanchez said that alcohol may or may not have played a factor in the crash confirming an open container was found in the vehicle.

The two men were pronounced dead at the scene, while the two girls were taken to Scripps Memorial Hospital La Jolla for treatment of severe injuries, Sanchez said. An update on the girls' conditions was not available.

As of  Wednesday night, authorities were still searching for the other two occupants of the Nissan.

Officer Sanchez said it's not uncommon for people to go over a wall or stand on the side of the freeway for safety but he warned that people should be aware of their surroundings.

"A freeway is a dangerous place to be out of your car," he said. " If you can't safely get somewhere quickly then sometimes staying in your car with the seatbelt on might be the safe place to be."

Editor’s Note: The Department of the Medical Examiner released the name of the deceased 18-year-old male Thursday, July 11. The update is reflected in this story.