2 people injured after wrong-way crash shuts down I-5 near Balboa Park, driver arrested

Two people were transported to local area hospitals. Both suffering from minor injuries, according to CHP. 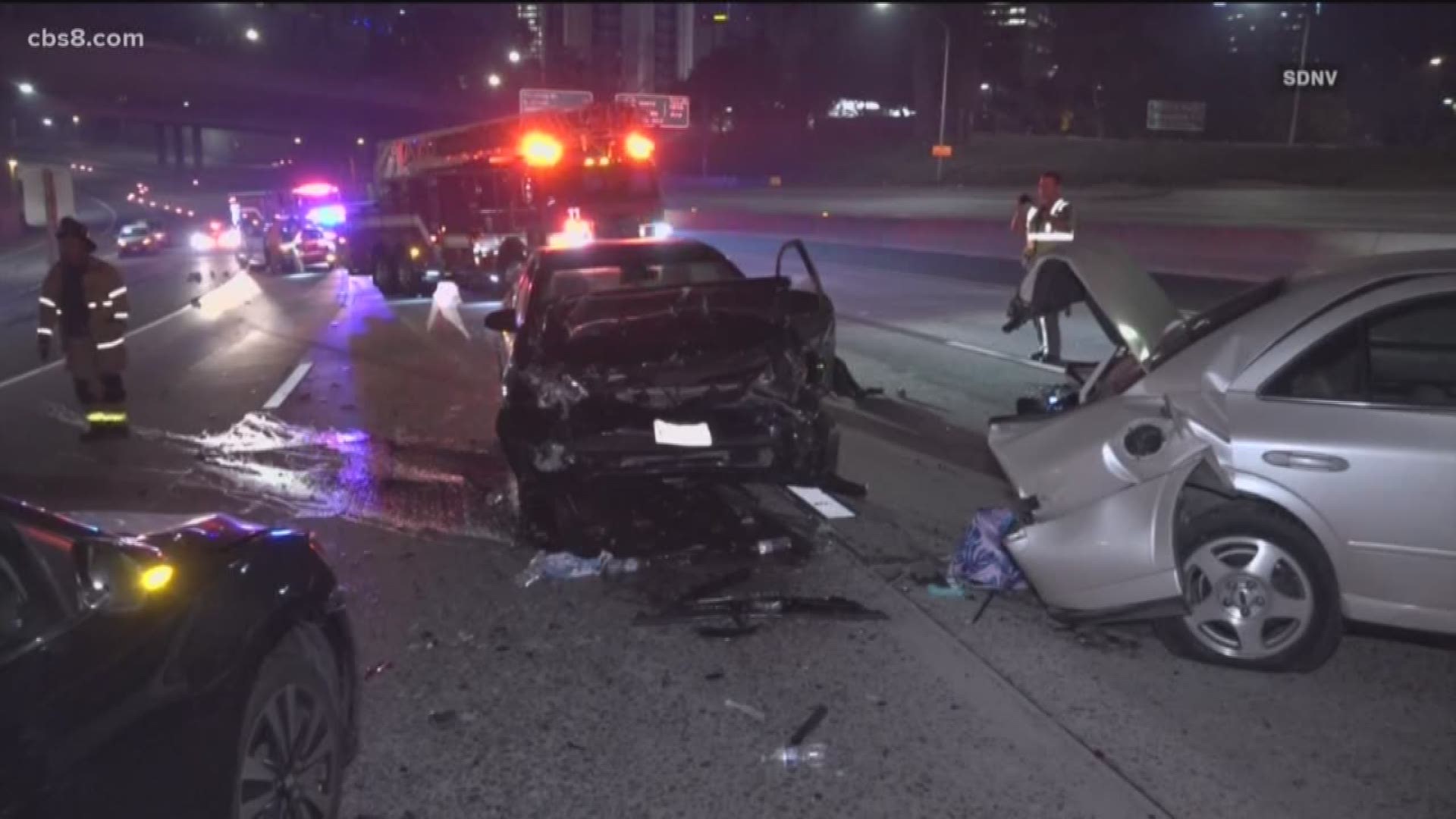 The crash happened just after 3:00 a.m. on northbound Interstate 5 near State Route 163, according to California Highway Patrol.

Two people were transported to local area hospitals. Both suffering from minor injuries, according to CHP.

According to police, one person was taken into custody. It is unclear how that person was involved in the crash.

Investigators are trying to determine what caused the crash and if alcohol or drugs were factors in the crash.