The search continues for the missing Chula Vista mother of three. 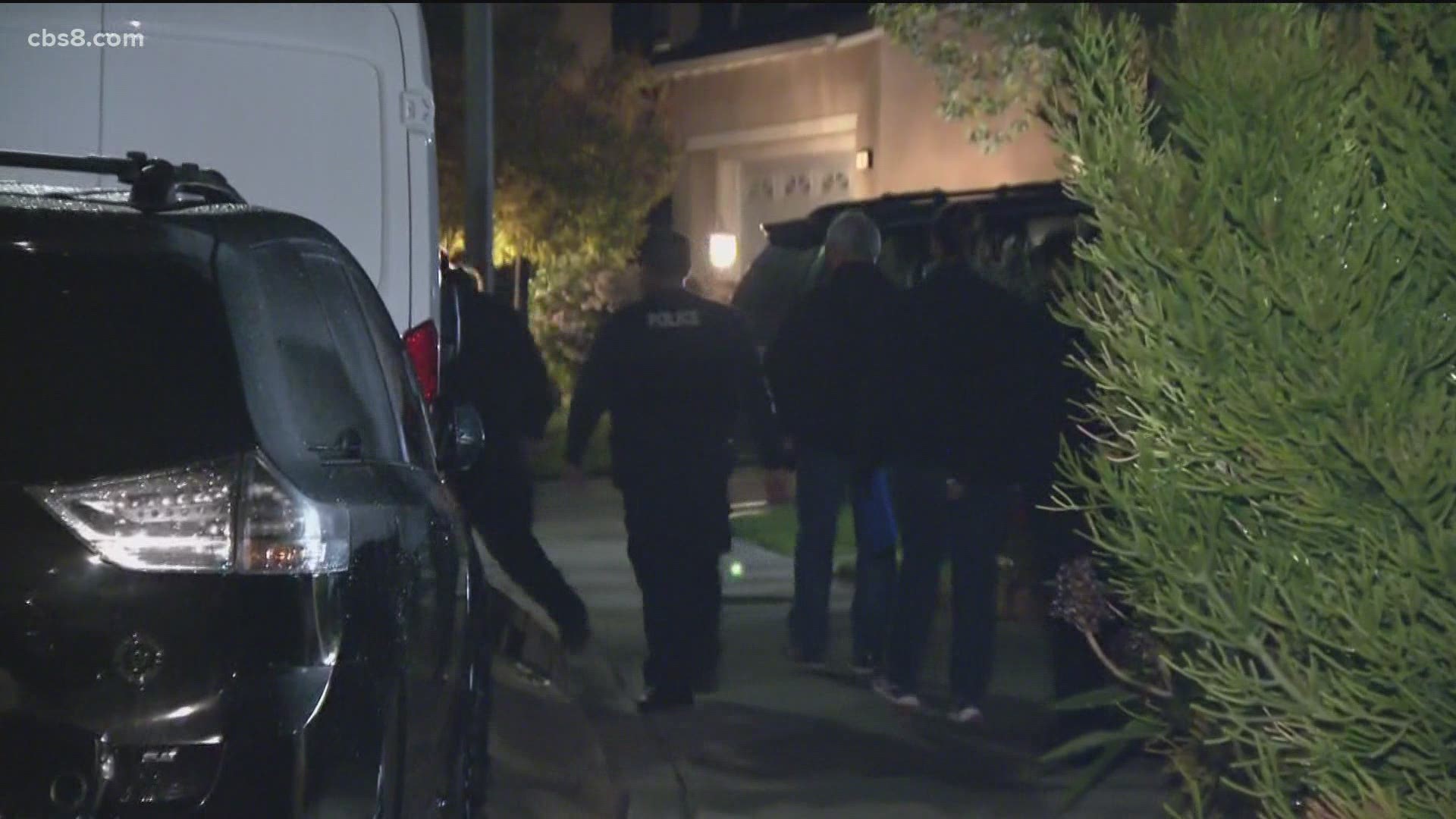 Chula Vista Police are now working with the FBI, the San Diego County DA’s office, and the Naval Criminal Investigative Service, according to an investigative update posted on the CVPD Facebook page.

CVPD also confirmed that detectives are aware of eight, loud bangs recorded in the neighborhood on January 7, the night Millete went missing.

Her husband, Larry Millete, reportedly argued with his wife that same night.

“These bangs are being reviewed and analyzed by investigators in the hope of determining if they were gunshots,” the case update statement said.

“Chula Vista Police Department did not receive any report of gunshots during the night in question and these bangs were discovered by investigators early on in the investigation,” according to the statement.

Officers now have served 16 search warrants in the case, including one on April 1 at the Encanto home of Larry Millete's aunt and uncle, Ricky and Kathy Lincoln.

Neighbors near the uncle’s home in the 7100 block of Viewcrest Drive said they witnessed officers removing long rifles and boxes of evidence.

Another search warrant was served on January 23 at the Millete house on Paseo Los Gatos in Chula Vista, more than two weeks after Maya went missing.

Larry Millete told family members he was driving the Lexus all day on Friday, January 8.

On Sunday, January 10, one of Maya’s brothers noticed the air in the tires on the Lexus appeared to be low.

“One of the brothers noticed that the tires were a little bit low, so that raises red flags,” said Ricarch Drouailet, Maya’s brother-in-law.

Maricris Drouailet, Maya’s sister, told News 8 it is good news that the FBI, NCIS and the DA’s office are now working on the investigation, even if they still aren’t calling it a criminal investigation.

“They haven’t said anything about a criminal investigation, but it seems like they're going into that route,” said the sister.

CVPD said Wednesday there has been no change in the status of the case, meaning it remains a missing person case.

Larry Millete, the husband, has not publicly been named a suspect by CVPD.

Maya Millete, 39, worked in early 2020 as a civilian contract specialist for the Navy’s Southwest Regional Maintenance Center (SWRMC).  In June of 2020, she transferred to the Naval Information Warfare Center (NIWC), formerly SPAWAR, where she also worked as a contract specialist.

If you have any information about the case, contact the Chula Vista Police Department.

WATCH: Forensic expert: ‘They are gunshots’ recorded in Millete neighborhood