Beyond the Border: US citizen in Tijuana faces long wait for American dream

The Caldwell family is trying to raise $1,500 to cover all application fees and associated expenses. 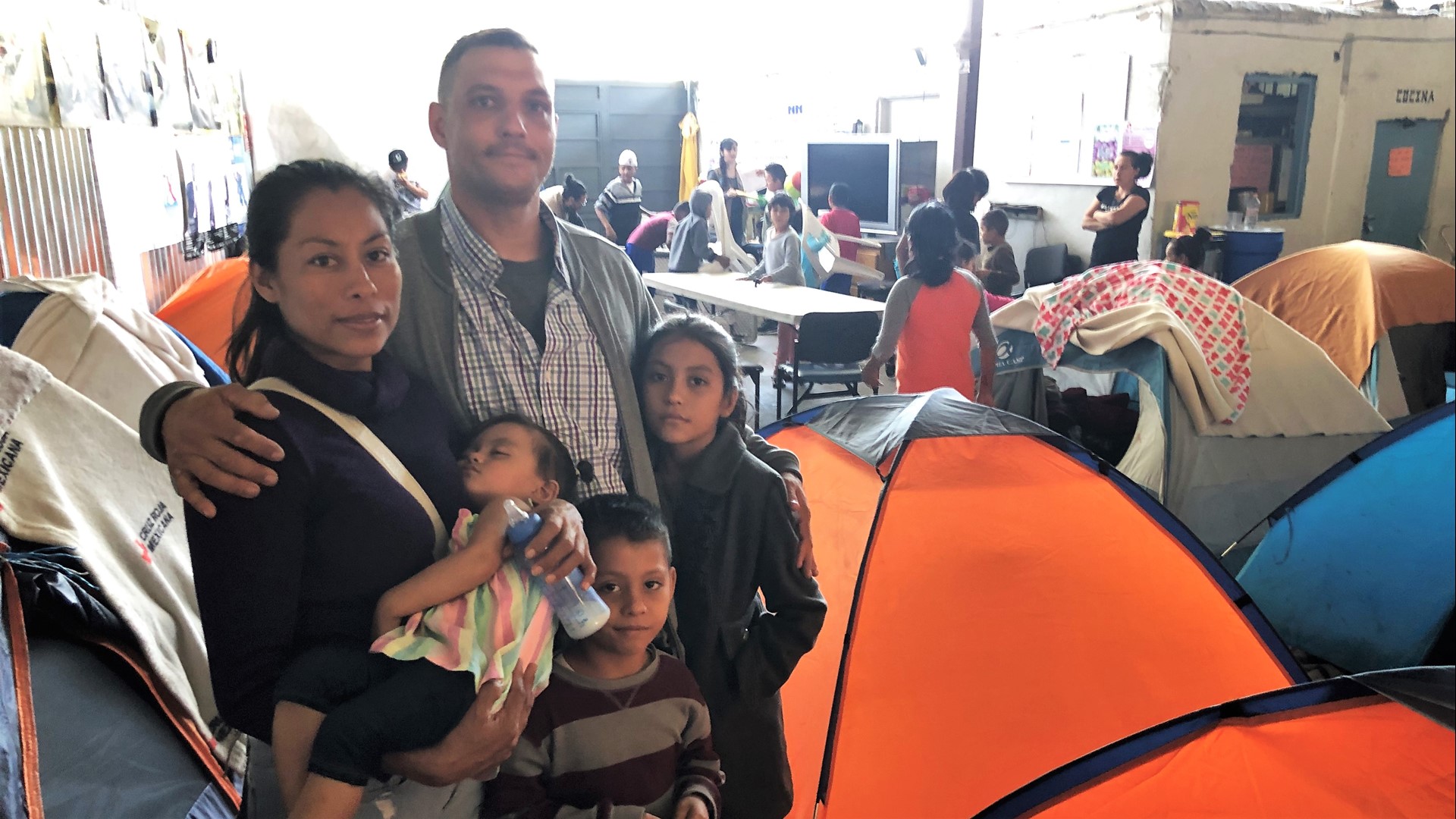 TIJUANA, Baja California — A U.S. citizen living in a Tijuana with his wife and three children is asking for help.

The family is trying to immigrate into the United States legally.  But the financial burden and a mountain of government red tape is keeping them trapped in Mexico, beyond the border.

Phillip Caldwell, his wife Dulce Rosario-Rojas, and their three children currently are living in a tent in Tijuana.

RELATED: Beyond the Border: Asylum seekers wait in Tijuana shelters, cross into USA

“I’m a U.S. citizen, born and raised in Alabama and Georgia,” said Caldwell, 40, during an interview from a Tijuana shelter, where he has been living with his family for the past month.

Thirteen years ago, Caldwell fell in love with Dulce when she was living in the United States as an undocumented migrant.

She was arrested and deported in 2008, so Phillip followed her back to Chiapas, Mexico.

They got married in Mexico and gave birth to Jayda, 9, Kayden, 6, and Sweet, their youngest at age 20 months.

RELATED: Beyond the Border: News 8 takes ride-along with Tijuana Police

“I left, went to Mexico, and now we have three children born.  And we really weren't thinking of coming back to the U.S.  We were fine where we were at,” said Caldwell.

Four years ago, Caldwell lost his leg in a motorcycle accident.  Now, he walks with a prosthesis.

Last year, the Central American caravans started migrating through Chiapas and, according to Caldwell, the caravans brought danger.

RELATED: Beyond the Border: Americans save money on pet care in Tijuana

“I wish I could say everyone in the caravans were good people but they're not.  They're robbing and stealing and killing and raping women and they're even stealing babies and selling organs,” he said.

Caldwell said his family decided to leave Chiapas for their own safety.

They came to Tijuana last month hoping to cross legally into the United States and make a new life.

“This place feels pretty safe but as soon as you walk onto the street there's a bunch of heroin addicts and crack heads and junkies and prostitutes here, so it's not a good place for a family,” Caldwell said.

Because he is a U.S. citizen, Caldwell has a U.S. passport and his able to cross into the United States.

He needed legal help, so he went to the offices of the Catholic Charities Diocese of San Diego in Mission Gorge.

Caldwell found out his three children are also considered U.S. citizens, even though they were born in Mexico.  He needs to get them passports.

His wife, Dulce, needs to apply for a green card to come to the United States.

“If a U.S. citizen marries a foreigner you cannot just bring them into the country,” said Nadine Toppozada, the director of refugee and immigrant services with Catholic Charities.

The current wait time for a green card is a year and a half, and that’s assuming Dulce gets a priority place in line as the wife of a U.S. citizen.

It used to take three to six months, according to Toppozada.

“The environment is definitely, at the moment, quite hostile towards refugees and immigrants.  It is not an easy time,” she said.

“He’s in a shelter in Tijuana to be with his wife and three children.  There's a bonified marriage, right there.  They don't need to wait for a year and a half to come through (into the U.S.),” Toppozada said.

Caldwell is missing a birth certificate for his middle child, so he has to pay $700 for a U.S. government-approved DNA test.

As it stands now, the family is trying to raise $1,500 to cover all application fees and associated expenses.

The good news is Catholic Charities has offered to cover the family's legal expenses as part of the nonprofit's mission of charity.

“Whether you're an immigrant or a refugee or regardless of the color of your skin, you merit that care.  You merit that concern and you merit somebody doing something to help you,” she said.

If you would like to assist the Caldwell family, you can make a donation through San Diego Catholic Charities in Phillip Caldwell’s name.