The body of Phillip Caldwell, a U.S. citizen murdered in Mexico, was officially identified by his father Thursday inside a Tijuana morgue. 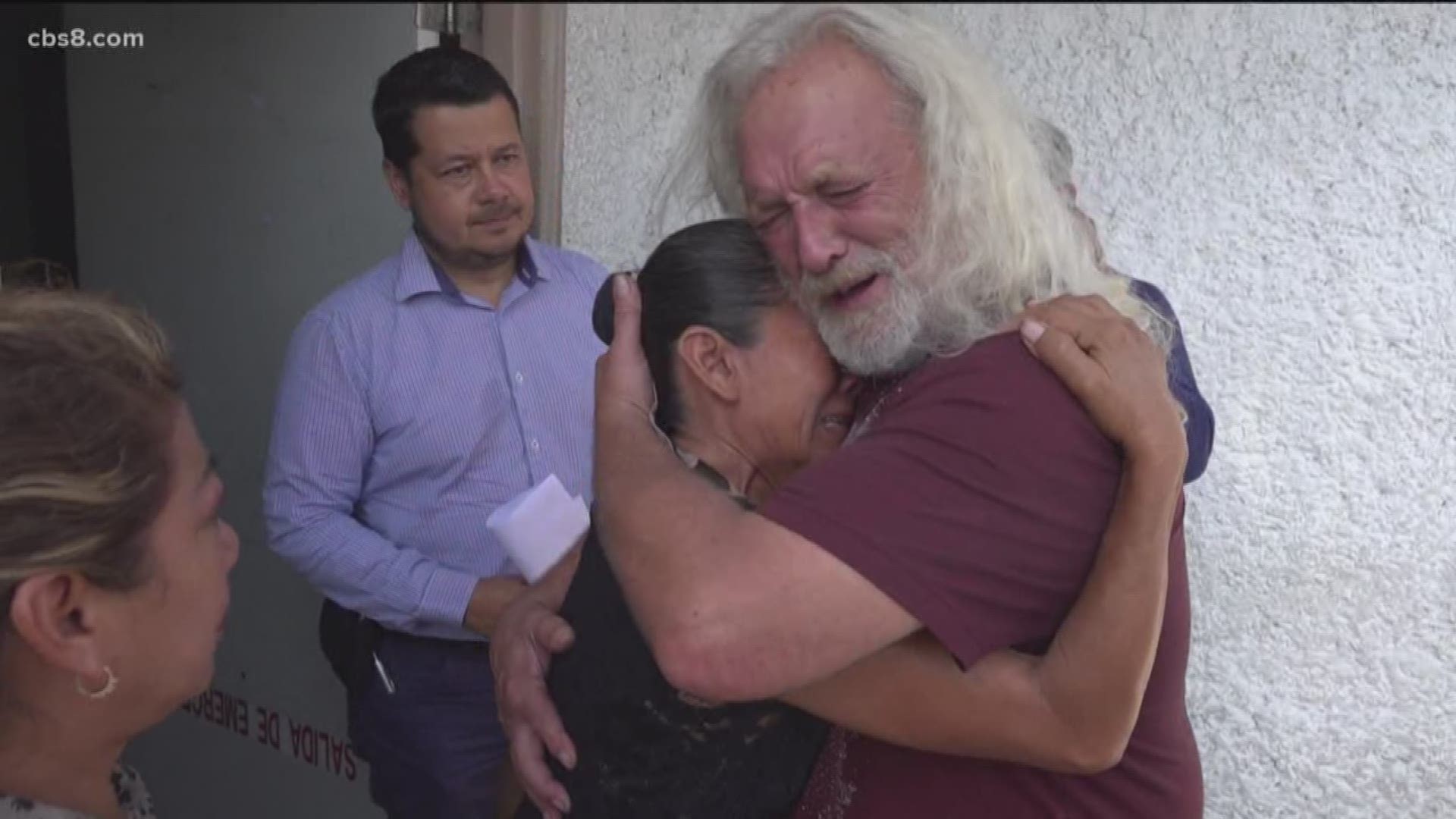 TIJUANA, Baja California — The body of Phillip Caldwell, a U.S. citizen murdered in Mexico, was officially identified by his father Thursday inside a Tijuana morgue.

News 8 followed William Caldwell south of the border, where he also met his deceased son’s in-laws for the very first time.

Phillip’s wife Dulce Rosario, who is a Mexican national, remains in a San Diego shelter with the couple’s three children.

RELATED: Help coming for family of US citizen murdered in Tijuana

RELATED: Family of US citizen crosses border to claim asylum

Phillip Caldwell was murdered on August 18 in the Tres de Octubre neighborhood, just two days after Dulce crossed into the United States to claim asylum with her children in tow.

It was a very emotional day at the Tijuana district attorney’s office, where William Caldwell came face to face with Dulce’s mother, brother, cousin and other relatives.

Dulce’s family members travelled to Tijuana to pay their respects to Phillip and his father. William does not speak Spanish, but he said it didn’t matter.

Phillip’s mother-in-law, Graciela Rojas Lopez, knew Phillip and Dulce when they lived in Chiapas.  All three children were born there.

“I’m thankful I got to meet them.  I will cherish that and love them forever but, on the other hand, there is such an emptiness,” said William.

News 8 first met Phillip, Dulce and their kids back in April at a Tijuana migrant shelter and followed them as they sought asylum into the United States.

Phillip had stayed in Mexico to wait while his wife and children were processed in a Customs and Border Protection detention center.  He planned on reuniting with them, but he never got the chance. He was murdered at a neighboring home in a mass killing that police think was targeting someone else. William Caldwell took a bus from Fresno to identify his son's remains.

“It's not something that any parent would ever want to have to go through. This is the most heart wrenching thing I have ever been through in my life by far,” said William.

News 8 viewers donated more than $6,300 to help repatriate Phillip's body, giving comfort not only to his wife and children, but to both families.

“With all my heart to those people, I would like to say thank you. Thank God. It touches our heart,” said Graciela Rojas Lopez.

William also plans to meet his three grandchildren for the first time once he returns to San Diego.

“He (Phillip) has begged me for years to come down here to meet them and see them.  I hate that it's under these circumstances, of course, but I know if he is looking down he is smiling,” said William.

In the next few days, the Grupo Funerario Santana funeral home in Tijuana will transport Phillip’s body to San Diego, where his wife and children will attend a memorial service.

Then, the body will be flown to Alabama for final burial next to his grandfather at Jacksonville City Cemetery. The K.L. Brown funeral home is handling memorial services in Alabama.

Dulce and her three children currently are living in a temporary shelter in San Diego, but they will soon transition to a longer-term home. The children are U.S. citizens and plan to enroll in a local school district.