Breaking News
More () »
Beyond The Border

The government's latest border closure order runs out Wednesday, giving ailing businesses a glimmer of hope they can recover. Many say it will still be difficult. 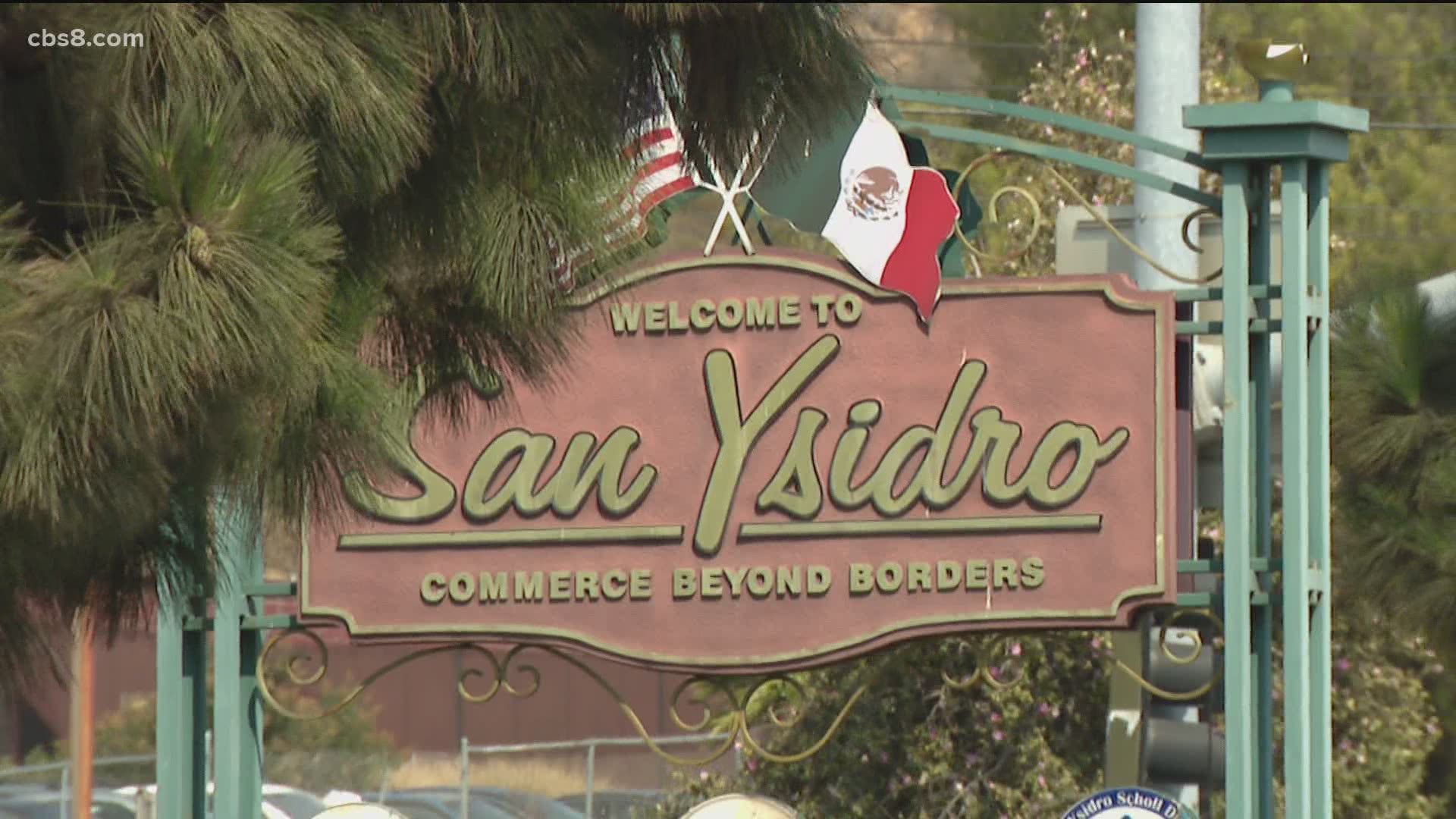 SAN DIEGO COUNTY, Calif. — No official decision has been made as to the reopening of the U.S.-Mexico border in San Ysidro, as the clock on the current extension runs out Wednesday.

Businesses in the border district have been suffering financially, and some business owners say it will be difficult to crawl out of the red, even with border traffic restored.

"We're almost to the point of throwing in the towel," Patricia Gonzalez, owner of the Coqueta boutiques, said in Spanish at her San Ysidro Boulevard location.

After more than 20 years in business, she said they're in danger of closing by December.

Jason Wells, the San Ysidro Chamber of Commerce's Executive Director, said nearly 200 shops have closed since the start of the pandemic, losing roughly $650 million in revenue, compared to the year before the virus hit.

The border re-opening would bring some relief crossing into the district, and businesses owners are eager to welcome back customers, and they have big plans.

"First... we've got planned a concert and some other outdoor events just to call attention and let people know, 'hey we're completely open for business,'" Wells said of plans if the border were to open.

The chamber is planning a series of events to draw in customers, along with a longer-term plan to get shops that can operate online to do so, and even spruce up the district with fresh paint and sculptures.

"I really see heads down, elbows on the desk and people grinding out sales," Wells added.

And he's not the only one pushing for the district's renaissance. Earlier this month, several San Diego area mayors and officials sent a letter to Homeland Security Secretary Alejandro Mayorkas, urging for the re-opening of the border to all travel.

We’re calling for the restrictions on nonessential travel at our border to be lifted. As California has lifted its restrictions and opened up its economy, small businesses dependent on cross-border consumers are hurting. These restrictions must be lifted now. #ForAllOfUs pic.twitter.com/1dw2POMQFu

Meanwhile, Mexico's president has been focusing vaccination efforts close to the border. 79% of Baja California's population is now vaccinated, compared to California's 61%. That's leaving some hopeful the recovery will happen sooner than later.

"Every time somebody goes from San Diego to there, we benefit somehow;  whether it's they get gas, buy their car insurance, grab a burger, exchange their pesos..." Wells said.

And that benefit is what business owners like Patricia are banking on to make a comeback.