San Diego will open a transitional shelter for unaccompanied minors who arrive at the U.S.-Mexico border seeking asylum. 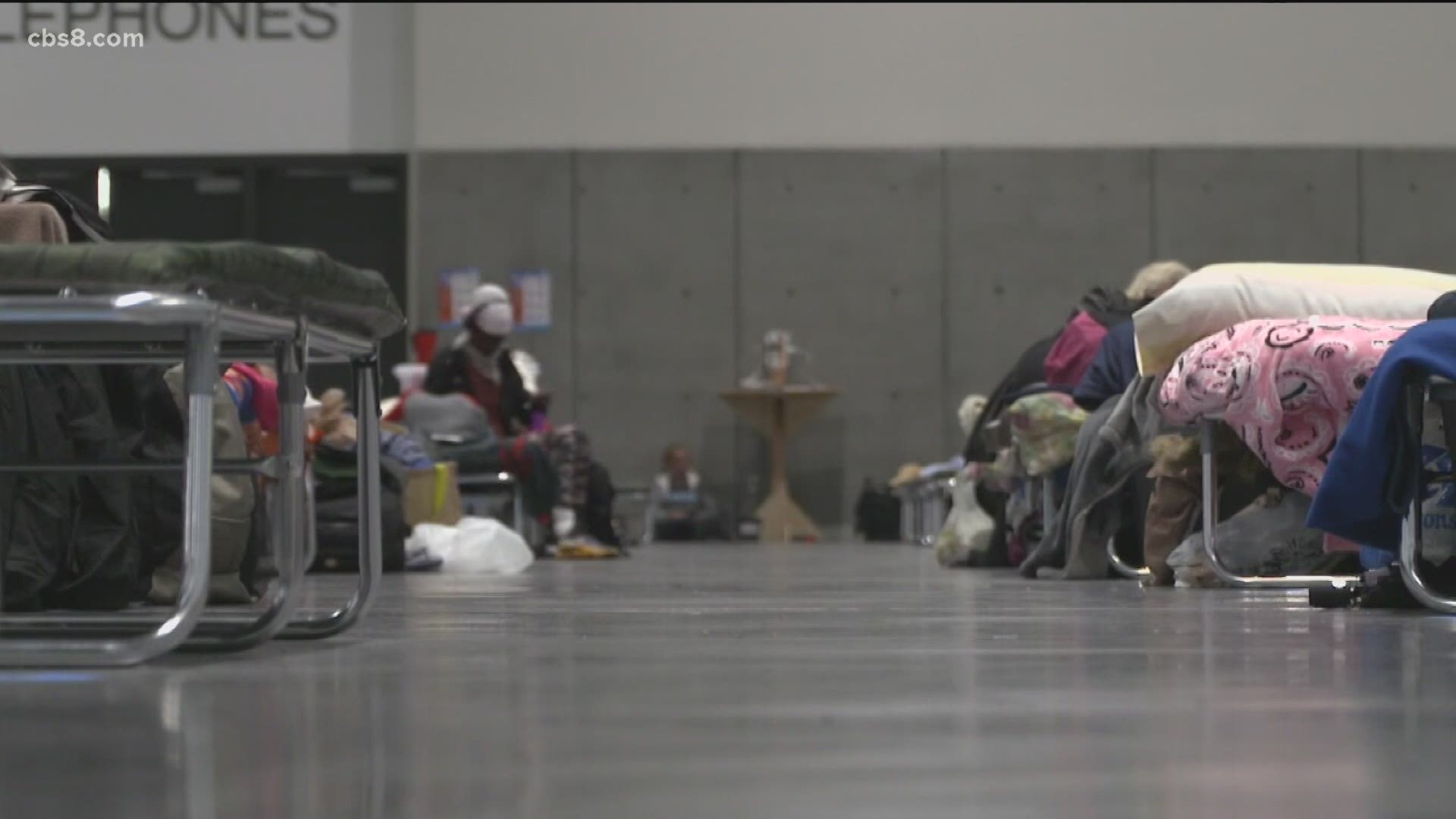 SAN DIEGO — The San Diego Convention Center could begin housing children who arrived unaccompanied at the U.S.-Mexico border to seek asylum as soon as this weekend.

Supervisor Nathan Fletcher said the county was asked to help by the U.S. Department of Health and Human Services on Saturday morning and it quickly mobilized.

“These children, who have a legal right to be here, who have claimed asylum, are in conditions and situations in Customs and Border Patrol [sic] detention facilities that simply should be unacceptable to all of us," said Fletcher.

Many cities along the southwestern border have seen a large increase in children arriving. Border Patrol agents in San Diego reported a 64% increase in unaccompanied minors compared to this time last year. Earlier this year, President Joe Biden said the U.S. would allow them to remain in the U.S. until their case could go before a judge.

The request came just days before the City of San Diego’s Operation Shelter to Home was due to close at the convention center. The program, which began last year at the start of the pandemic, offered temporary shelter and access to resources for people experiencing homelessness. It then worked to help get thousands of people into permanent housing.

County and city officials plan to use some of the existing infrastructure from the operation to help the children but said it is still finalizing details with the HHS, which is funding the program. The federal government has yet to select a contractor to run the site.

“We are going to [help] because it's the right thing to do. These are children. Some of them are very young, they're very vulnerable, and they need our help,” said San Diego Mayor Todd Gloria.

Typically, the children will be released to the shelter within 72 hours of being apprehended by U.S. Border Patrol. Once operational, the center will house children for about a month. They will not be permitted to leave until they are turned over to family or a guardian within the country to await their asylum hearing.

“I think that this is our obligation as a part of a humanitarian approach to ensure that we give these children an opportunity to see the best of America,” said Fletcher.

San Diego has previously assisted asylum seekers. In 2019, amid a surge of migrants along the southwest border, Border Patrol began flying families from the Rio Grande Valley to San Diego for processing.

The county then funded a downtown transition shelter to help families connect with relatives across the U.S. Local officials criticized the federal government for neither funding nor coordinating with cities and counties before releasing families into their communities to wait for hearings.

“At the end of the day, what we have are young people who are in unacceptable conditions and this condition [at the Convention Center] can be better for them,” said Gloria. “It's important that we don't end up with children who are unconnected to their families, who we can't account for [like] the hundreds of unaccounted [children] by the previous administration. We don't want that to happen.”

The Convention Center will host the shelter at least through the end of June. Its first event since the pandemic began is scheduled for Aug. 2, although that could change based on the county’s case rate and tier status.

The announcement also ended plans to set up a coronavirus vaccine site at the facility to replace the Petco Park superstation that closed last week.

Instead, the county will lean on existing sites, which have been running at less-than-capacity because of supply shortages.

“We could do three times as many vaccines right now as we're doing with the infrastructure built out,” said Fletcher. “When we had contemplated coming to the convention center, it was if and when the supply exceeded our internal capacity. Now, this will force us to rethink where that would go.”