The Salvation Army estimates it costs $85,000 a year to run Casa de Esperanza. The federal government historically provided the bulk of the funding, roughly $77,000. 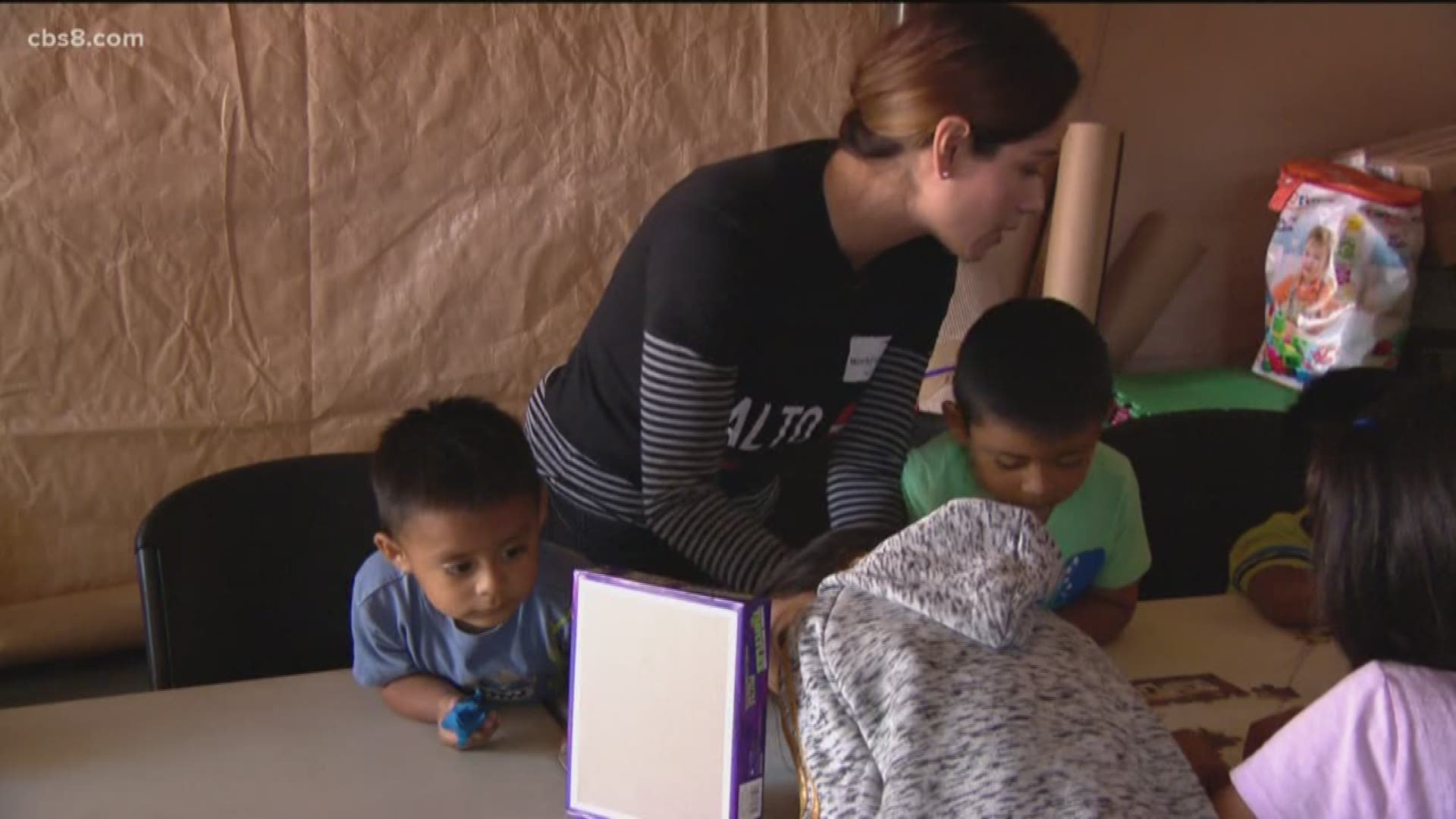 TIJUANA, Baja California — Migrant shelters throughout Tijuana are rushing to find funding after they say Mexico’s federal government has stopped funding their programs.

The Salvation Army of San Diego opened its first shelter in Tijuana in 1957. It continues to provide refuge for 150 men daily who are seeking economic opportunities in the United States. About 10 years ago, workers began noticing a shift in demographics as more women and children started passing through Tijuana.

Donors, like entrepreneur Alex Zikakis, partnered with the Salvation Army to open Casa de Esperanza, or House of Hope, in 2014. The modest building in Colonia Libertad provides safe shelter for 1,000 women and children annually.

“When we envisioned this shelter, it was envisioned to help women and children who are being deported out of the U.S. and into Tijuana,” said Zikakis. “To stop them from being on the streets and being potentially trafficked and give them a safe place until they can be connected with resources in the country.”

The Salvation Army estimates it costs $85,000 a year to run Casa de Esperanza. The federal government historically provided the bulk of the funding, roughly $77,000, for operating expenses, but the non-profit received word in February that the government would no longer fund civil associations.

“It's catastrophic for these types of shelters. They heavily rely on government funding, so a lot of these shelters are either going to shut down or reduce the services that provide,” said Zikakis. “There’s a humanitarian crisis that’s going on at our backdoor. I live in San Diego. There’s this huge need for assistance.”

The shelter helps provide essential services for migrants as they wait for their asylum hearings in the United States under the controversial Migrant Protection Protocols.

Matilde Morejon Morales and her three children spent all their money to travel from El Salvador. They said they were detained by U.S. Border Patrol after crossing into the United States in Tecate and requesting asylum. They were released into Tijuana last week and are scheduled to appear in front of an immigration judge on November 20.

“I was on the street wandering around with my kids after being sent back from the United States,” said Morales through a translator. “I felt sad and sick at the same time because five months is a lot of time with no money.”

After spending two days on the streets, the Salvation Army found her and invited her to Casa de Esperanza. Her three children receive daily meals, education, medical checks and mental health care.

“I’m appreciative of the shelter for receiving me,” said Morales. “I'm very grateful. I have no way to pay them back, but God will bless them.”

The Salvation Army is optimistic the government will resume funding in a year, but there’s no guarantee.

President Andres Manuel Lopez Obrador told a crowd of supporters in Tijuana earlier this month that the government would increase social services in Baja California. It follows an agreement between Mexico and the United States to avoid tariffs in exchange for accepting more migrants waiting for their asylum hearings and the deployment of the National Guard at Mexico’s southern border.

However, funding has not resumed, and the Salvation Army is seeking public donations to keep the shelter open. Click here for more information and if you want to donate, please note that the funds should go to the Tijuana shelter.

“The fact of the matter is these women and children are here and they are in desperate circumstances,” said Zikakis. “This is unfolding 30 miles from our homes. This need is a sincere and desperate need.”