Breaking News
More () »
Beyond The Border

Rodney Scott began at the Imperial Beach station in 1992. He worked his way up to head the San Diego sector before taking over the entire agency in Feb. 2020 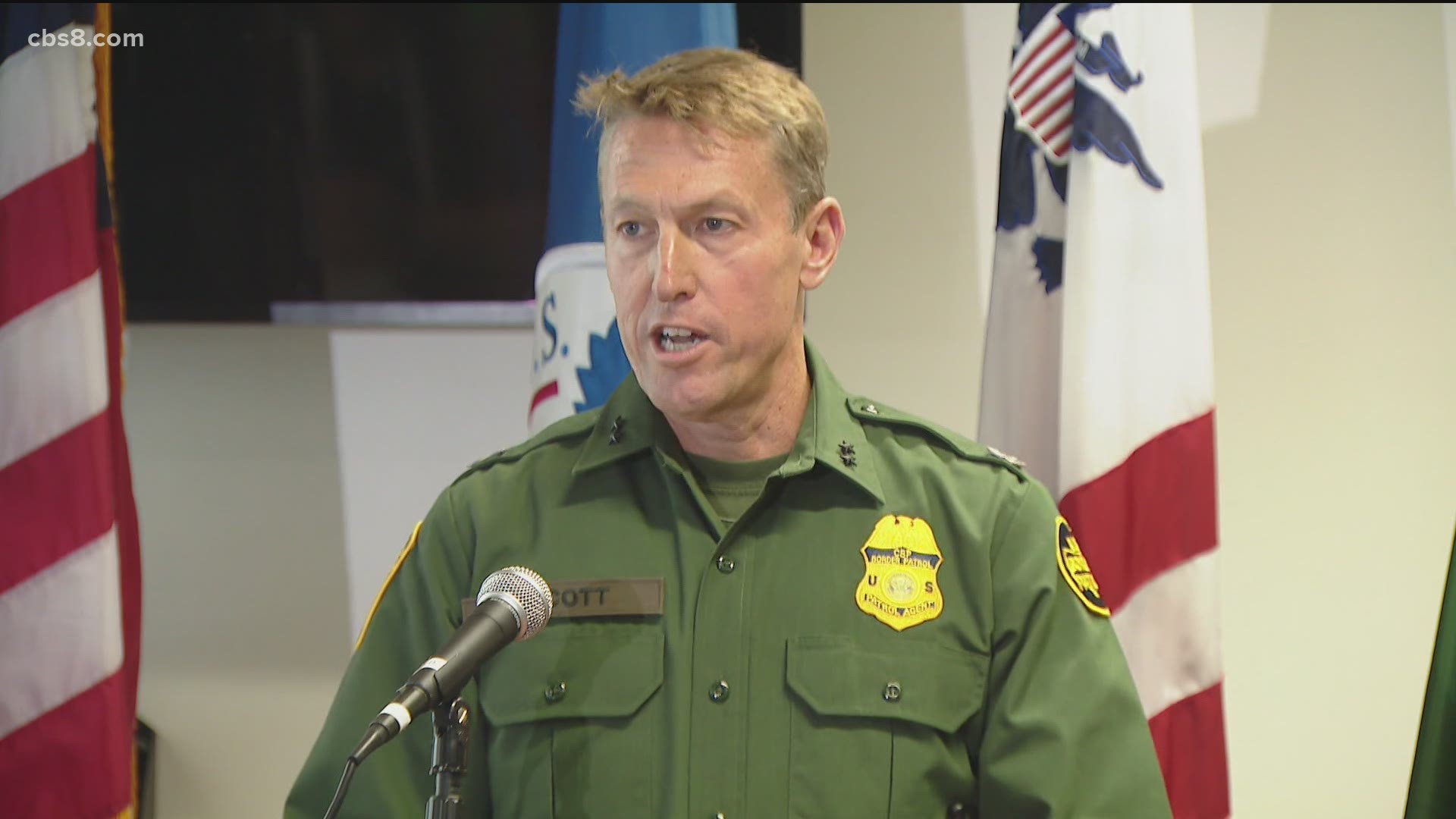 SAN DIEGO COUNTY, Calif. — After less than a year-and-a-half in the top spot, the chief of the U.S. Border Patrol has been ousted by the Biden Administration.

Rodney Scott, who once oversaw the San Diego sector for Border Patrol, had been appointed to lead the agency by President Donald Trump and was a strong supporter of his immigration policies.

Rodney Scott's career with Border Patrol began at the Imperial Beach station back in 1992. He worked his way up to head the San Diego sector before taking over the entire agency in February of last year.

Scott has been an ardent supporter of Trump's border policies, especially his plans for constructing a wall.

"The job of the U.S. Border Patrol is to make sure that nobody comes into our homes, into this nation, without coming through the front door," Scott said in 2018.

Scott is now being forced out of his role as U.S. Border Patrol chief, after repeated clashes with the Biden Administration, including Scott's refusal to follow a directive to stop referring to undocumented immigrants as "illegal aliens."

"I think it was just a matter of time before he would be asked to leave his position," said human rights advocate Pedro Rios, who in charge of the American Friends Service Committee's US-Mexico Border Program.

"My hope is that President Biden is committed to changing the agency," Rios told News 8.

In a tweet, Rios recalled a disturbing incident in which Scott, while working in the San Diego sector, accused Rios of lacking "integrity" for publishing photos showing his agents teaching children to shoot at migrant cut-outs, and then later balked at having to appear with Rios at a church conference.

"He felt that a person whose integrity he questioned should not be in the same 'spiritual place' where he was at," Rios recalled, adding, "Look: it's not my agents who are involved in incidents where loss of life happens, where questionable actions take place."

Scott's removal from the top post comes as Vice President Kamala Harris prepares to visit the US-Mexico border on Friday.

Rios suggested that the Biden Administration did not want to risk the potentially awkward optics of placing Harris together with such a strong supporter of Trump's policies, "to either skip the meeting or be there with her and unkind words being exchanged, whatever the case might be."

Scott will be replaced for the time being by Deputy Chief Raul Ortiz.

BP Chief Rodney Scott once told me he didn't think of me as a person w integrity bc I exposed pix of his agents teaching children to shoot at migrant cut-outs. Then I did a know-your-rights training at church conference he was at. How dare I violate his sacred space, he said. https://t.co/0HD4yScmfm pic.twitter.com/MnpsxRRXbH