"It's still not over though, it's so not over. I'd give you every dime back for my baby,” Tamika Palmer said. 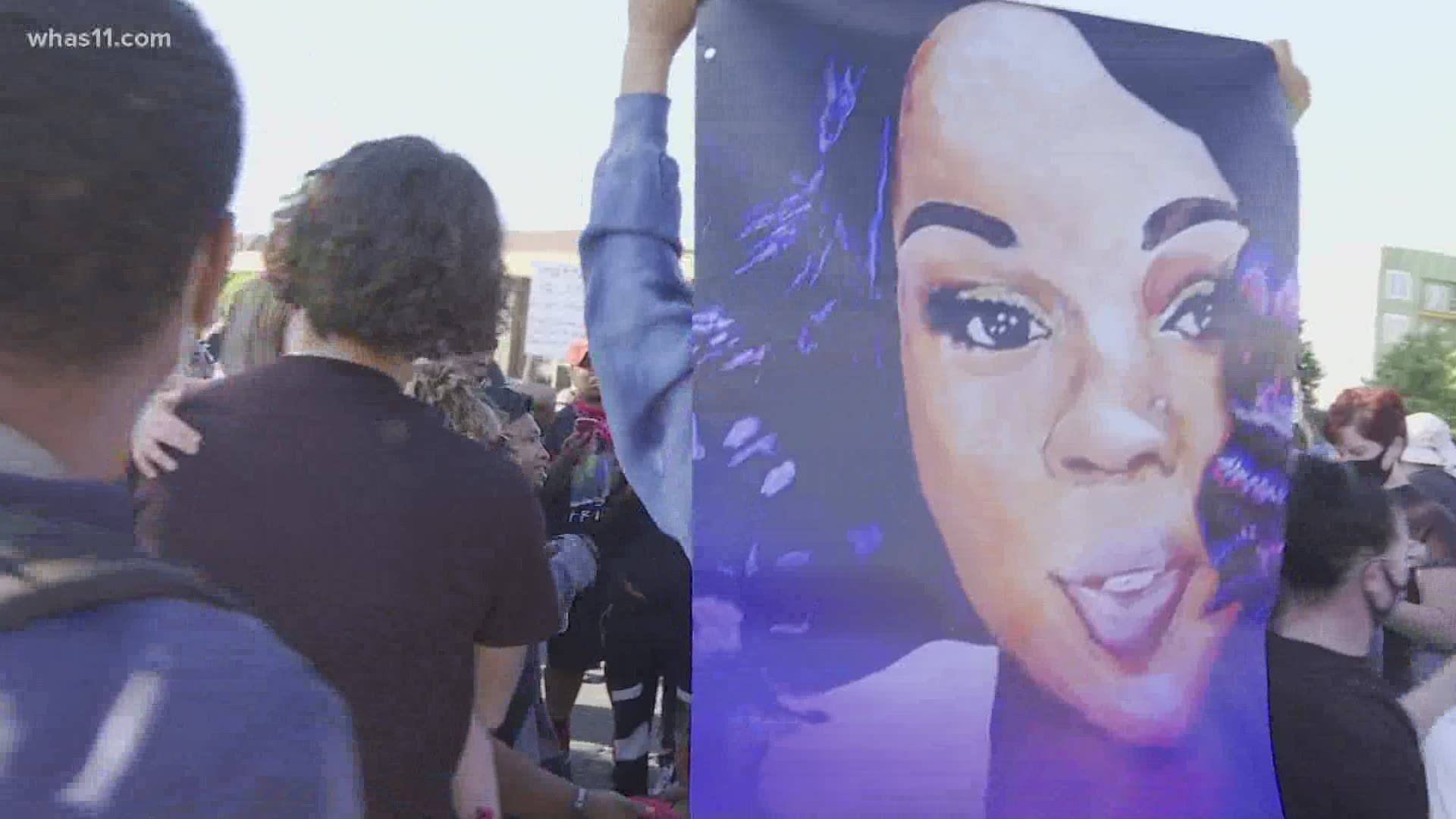 LOUISVILLE, Ky. — After a $12 million settlement with the city, Tamika Palmer said no amount of money will give her justice for losing her daughter, Breonna Taylor.

"It's still not over though, it's so not over. I'd give you every dime back for my baby,” Palmer said.

Taylor’s family lead a rally in front of Attorney General Daniel Cameron’s east end Louisville office, calling the arrest of the officers involved in her case.

Joined by members of Until Freedom, and dozens of protesters from Jefferson Square Park, the group marched from the office to the intersection of Shelbyville Rd. and Hurstbourne Pkwy.

"We don't want you to feel far removed from the pain and the struggle that the people are really dealing with in this community,” Mysonne Linen said, the co-founder of Until Freedom.

"A lot of people that live out this way, they just comfortable in their own skin so we gotta get them out of their skin and make sure they know Breonna Taylor's name,” Streetz, a protester who has been in the streets for more than 100 days, said.

The crowd moved onto Shelbyville Rd., then Hurstbourne and marched a short way. It wasn't long before LMPD showed up at the crossroads, following protesters back to Cameron’s office. They called on protesters to get out of the street, saying they were breaking the law by blocking traffic.

As the much-anticipated decision remains unknown, this group has one message; nothing short of justice will be enough.

"So, God willing, we'll get justice, but if we don't then there can't be no peace,” Mysonne said.