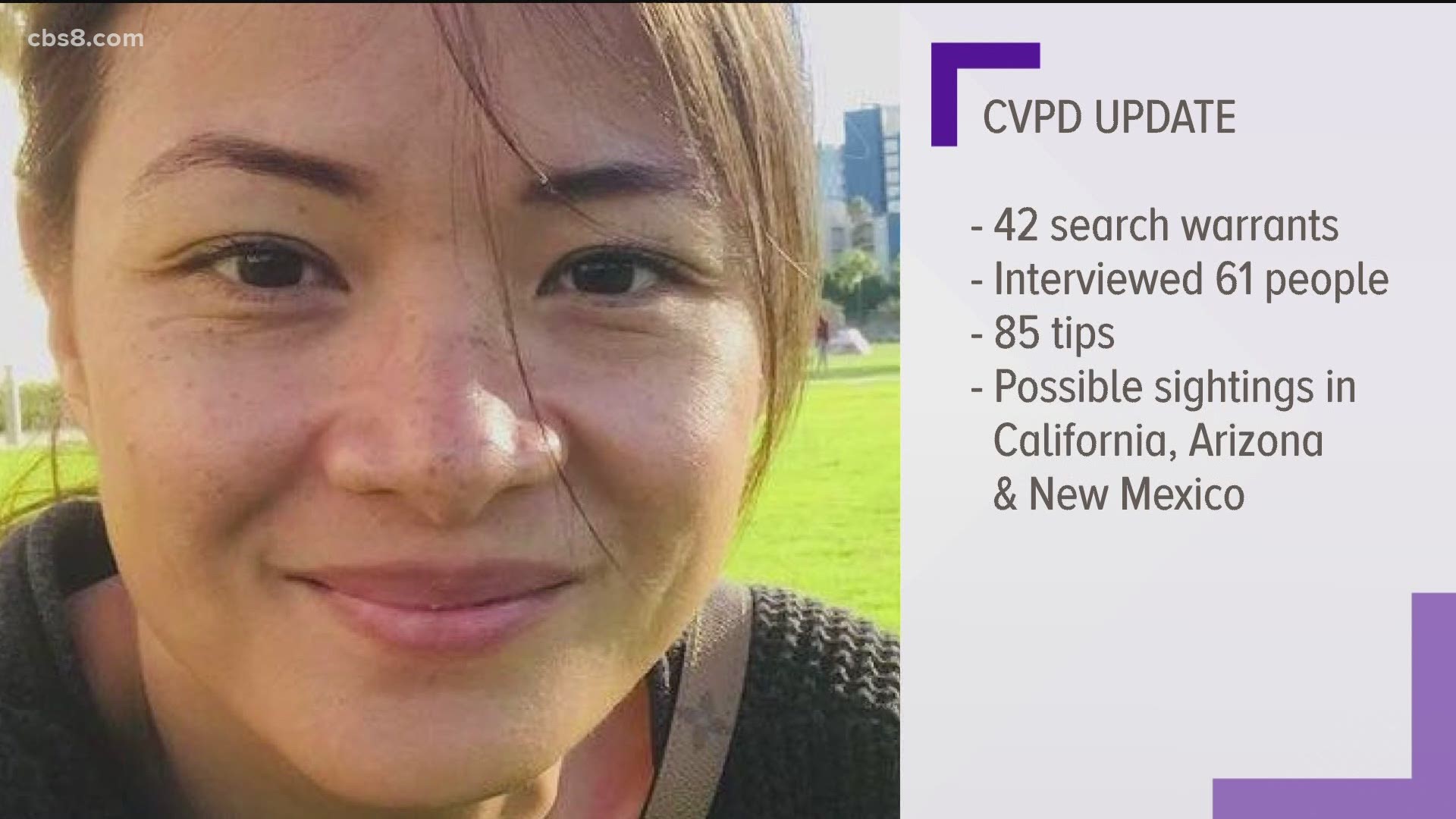 CHULA VISTA, Calif. — Investigators said Wednesday they remain committed to determining what has become of a Chula Vista mother of three who disappeared nearly five months ago.

Detectives have reviewed more than 85 tips on possible sightings of Maya "May" Millete -- who was reported missing Jan. 10, three days after the last known sighting of her -- and the "reason for (her) disappearance," according to the Chula Vista Police Department.

"These tips have come from the local community and from around the country," the agency reported Wednesday. "Most recent tips have included possible sightings of May in different areas of California."

The investigative effort also has included interviews with 61 people, among them family members, friends and neighbors of Millete's, and the issuance of 42 search warrants centering on homes, vehicles, cellular and electronic devices, social media accounts, and phone and financial records, according to CVPD officials.

On May 7, detectives executed a second search of Millete's home in the 2400 block of Paseo Los Gatos, near Mount San Miguel Park, and served her husband, Larry, with a gun-violence restraining order.

Police, assisted by community volunteers, also have conducted searches in the area of an abandoned golf course at 500 Hunte Parkway, south of Sweetwater Reservoir in the eastern reaches of Chula Vista.

Officials have declined to reveal further details about the announced actions and any others they have taken in the case.

Aiding in the investigation is a multi-agency "working group" that includes personnel with the FBI, the San Diego County District Attorney's Office and the Naval Criminal Investigative Service, "with the primary goal of bringing May home to her family or bringing justice to May's family regarding her disappearance," according to the CVPD.

"This law enforcement partnership has worked together since April and is in constant communication regarding May's disappearance," according to the police department.

Larry Millete has not been cooperating with the police investigation, according to CVPD, nor participating in weekend search efforts for his wife.

In a phone interview Tuesday with News 8, Martinez said her client had been receiving death threats at his home, and he is "a decent, loving man."

"He's not a suspect, not even a person of interest," said Martinez.

The attorney also told News 8 that Maya Millete "may be alive" and that the mother of three is "probably in Hawaii."

Search efforts for the missing mother continue this weekend.  Volunteers will meet up on Saturday and Sunday at 7:30 a.m. at Mount San Miguel Park.

Anyone who might have information that can assist investigators in the case is asked to call Chula Vista police at 619-691-5151.