Over the past several days, students, even former staff, including a close relative of the owner, have come forward, posting their experiences on Facebook. 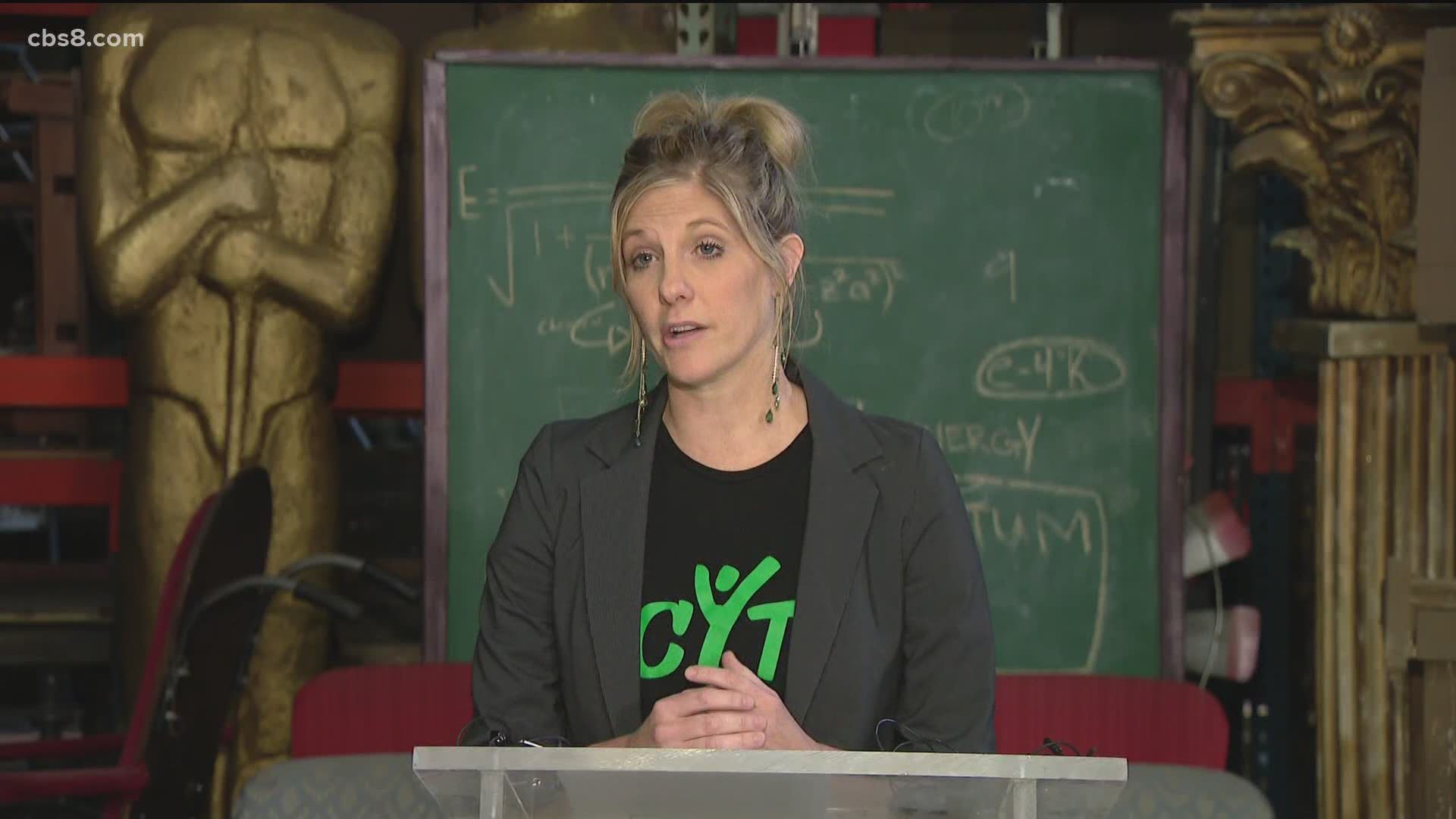 SAN DIEGO — The president of Christian Youth Theater (CYT) in El Cajon, Janie Russell Cox, got emotional Friday when addressing accusations made against the company, everything ranging from sexual assault to bias and harassment.

"We are heartbroken and devastated about the experiences of former students of our program that were recently shared on social media," Cox said.

Over the past several days, students, even former staff, including a close relative of the owner, have come forward, posting their experiences on Facebook.

Allegations date back to the 1980s up until more recently.

In addition to an alleged culture of racism and homophobia, some claim teachers would make sexual comments towards underage students. Others say it went beyond that to touching and penetration.

Melissa Baldwin says she spoke up when CYT hired a teacher who had previously made sexual advances towards her daughter.

Baldwin was among several people who gathered outside CYT's El Cajon offices Friday. Many held signs with the message “CYT Knew”.

"My clients, they want change and they want justice. They want to make sure no other child is hurt at CYT," Pride said.

Pride and others are asking for system-wide change, as well as resources for the victims.

Meanwhile, CYT's president maintains she just learned about the accusations.

"It is our understanding these accounts took place before my time as president," Cox said.

She says now is a time to reflect. The company is working with law enforcement, has started a diversity committee, and has chosen to close until further notice.

San Diego Police is investigating and at this point, no charges have been filed.

A lawsuit on behalf of the victims is likely.