A judge who dismissed a restraining order against the man later charged with killing a teacher at Cathedral Catholic now faces serious questions about his past. 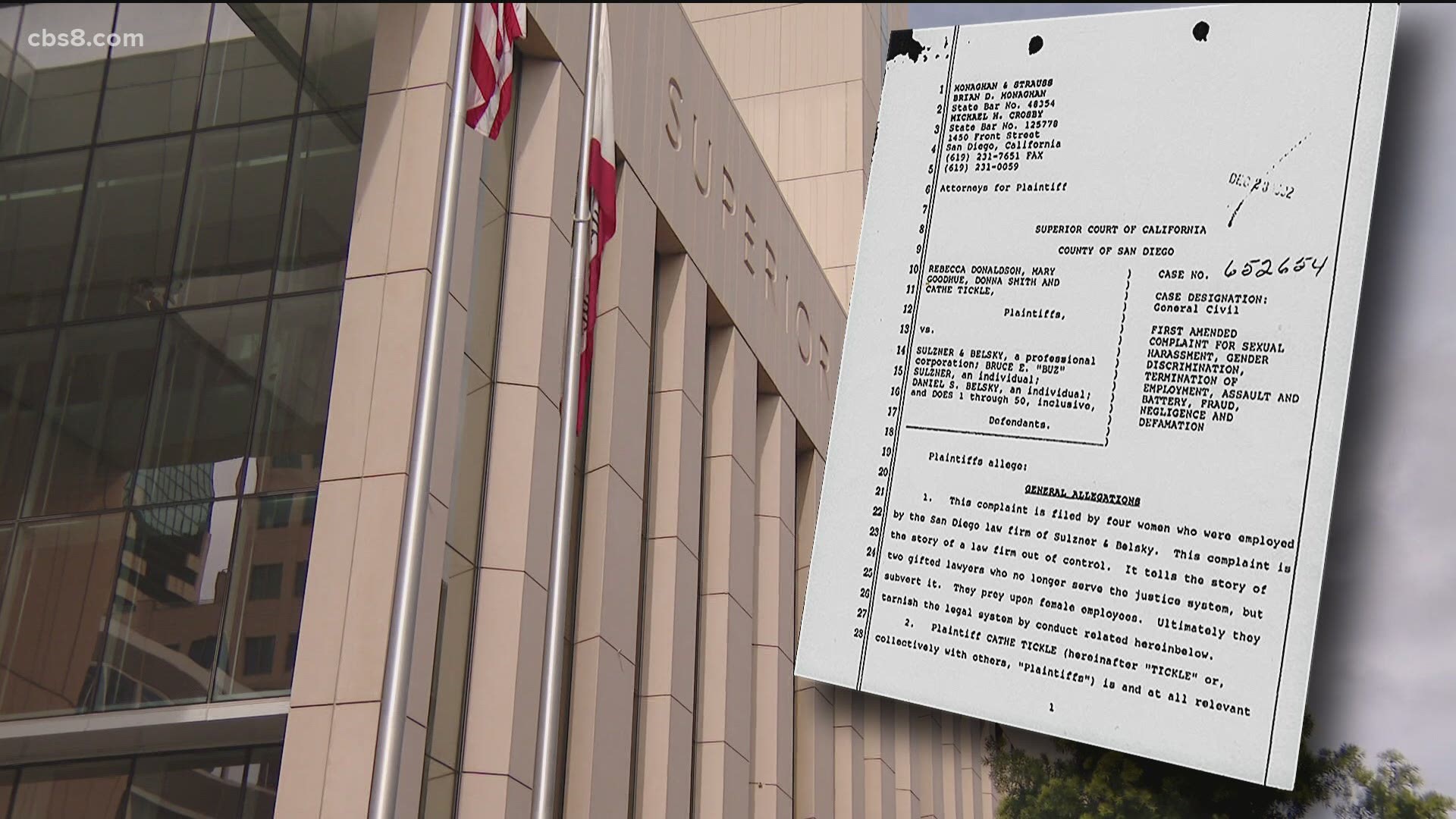 SAN DIEGO — When Judge Daniel Belsky dismissed a request for a restraining order against Jesse Alvarez last year, it didn't attract much attention. Then Mario Fierro was shot and killed, leading to serious concerns surrounding Judge Belsky's decision, his background, and his assignment to family court.

Alvarez dated a teacher at Cathedral Catholic for three and a half years and it didn't end well. In a request for a restraining order, the teacher said, "I am scared" and "fear for my safety." She said Alvarez tried to break into her home, followed her, and wouldn't stop calling.

Alvarez made excuses for his actions and called many of the allegations false. Judge Belsky ruled the case "a tie" and dismissed the restraining order.

“I don't know what a tie is. You don't break a tie. You protect people,” said Mary Deutsch, who worked for Belsky’s law firm before he became a judge. “The objective here is to maintain the peace and keep people safe," she said.

Deutsch told News 8 she was stunned to hear Belsky had been assigned to family court. “You need someone who is compassionate to hear those cases.” When asked if that’s Dan Belsky, Deutsch shook her head and said, “No.”

She added that while working at Belsky’s firm in the 90's, she went to him after another partner at the firm groped her. She says Belsky basically told her that it was no big deal. “Dan just seemed to look the other way," Deutsch said.

Deutsch joined a lawsuit with multiple women at the firm where she quickly learned that she wasn't alone. The complaint called it "a law firm out of control," adding "They prey upon female employees."

Jurors voted 9 to 3 that Belsky's law firm subjected Mary to a hostile work environment, but that was only part of the lawsuit. The women also sued because they said the firm knowingly overcharged clients, a violation of ethics that made it impossible for them to continue working there. On that issue, jurors ruled 11 to 1 in the women's favor.

News 8 tried to speak with Judge Belsky about his past, but he declined our request for an interview. We also wanted to speak with Presiding Judge Lorna Alksne, because she's in charge of assigning judges to courtrooms. A spokesperson sent News 8 an email stating, "The Court respectfully will decline to provide any interviews or statements on this matter."

Alvarez is now charged with murder. He’s accused of killing Mario Fierro, his ex-girlfriend's new fiancé. Prosecutors say Alvarez hid outside Fierro's North Park home for an hour just waiting for the opportunity to execute him. At Alvarez' arraignment last week, the prosecutor read a statement from his ex-girlfriend, blasting Judge Belsky for dismissing her restraining order. “I stand before you a victim of the court when I sought to protect myself in January of 2020, and my cries for help were wrongfully denied.”

It's impossible to say that Mario Fierro would be alive today if Judge Belsky extended the restraining order against Jesse Alvarez, but what Mary Deutsch does know is that Judge Belsky's past should have been considered before he was assigned to family court. “He's kind of oblivious and he kind of leaves a wake of destruction behind him," Deutsch said.

Judge Belsky just ran for re-election last year. Since no one opposed him, he was automatically declared the winner. His term lasts six years.

Mary hopes, at the very least, he's transferred out of family court. “I would be pleased if the powers that be could look at a situation and say - with complete objectivity - this person is really not suited for this role.”