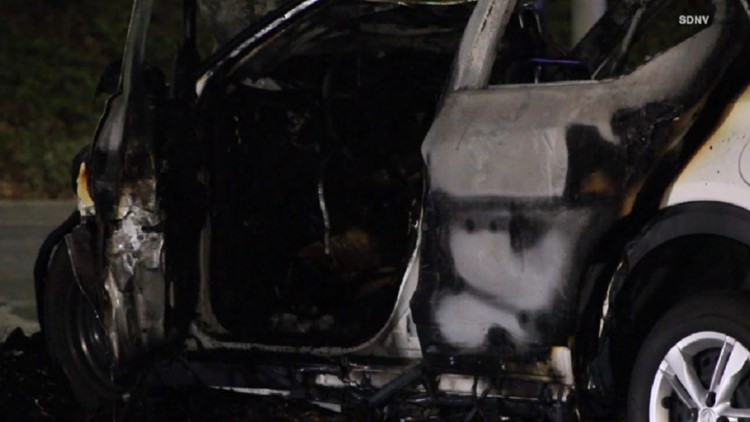 Man dies when SUV crashes into tree, bursts into flames in El Cajon

SAN DIEGO — A man was killed Friday morning when his SUV slammed into a tree, then caught fire near an El Cajon intersection, police said.

Dispatchers received reports around 2:25 a.m. that a vehicle had crashed into a tree in the center median of Fletcher Parkway just south of Navajo Road, El Cajon police Lt. Jason Taub said.

Police and firefighters responded to the scene and found a 2019 Nissan Kicks SUV engulfed in flames, Taub said.

Investigators believe the man behind the wheel of the SUV was heading westbound on Fletcher Parkway when he allowed the vehicle to drift onto a raised center divider for unknown reasons and struck a tree before catching fire, the lieutenant said.

Firefighters doused the flames and found the driver dead in the vehicle, Taub said. The man's name and age were not immediately available.